Third Time's the Charm? Rule of Three (1962), by Agatha Christie

Mystery addicts have often been compared to junkies, desperate to get their fix of fictional murder and malfeasance.  The minute one criminal tale is finished, they are looking for the next.  Nowadays, with vintage mystery stories being constantly reprinted, "supply" is not such a problem, but what do you do if you want some of that really high grade stuff--some more Agatha Christies, in short?

Well, speaking for myself, I've still got Passenger to Frankfurt sitting out there on the great unread (or actually unfinished) pile, but somehow that prospect of trying to finish it for a third time hasn't been too enticing,  Most of the Christie plays I haven't read are based on detective novels by her which I have read, but there was still something criminous out there that sounded promising: Christie's collection of three one-act plays, Rule of Three, consisting of "Afternoon by the Seaside," "The Rats" and "The Patient."  Samuel French having published Rule of Three a few years ago, I was finally able to read these plays, which premiered on a provincial tour in 1961 and at the West End in 1962 and are still performed occasionally today. 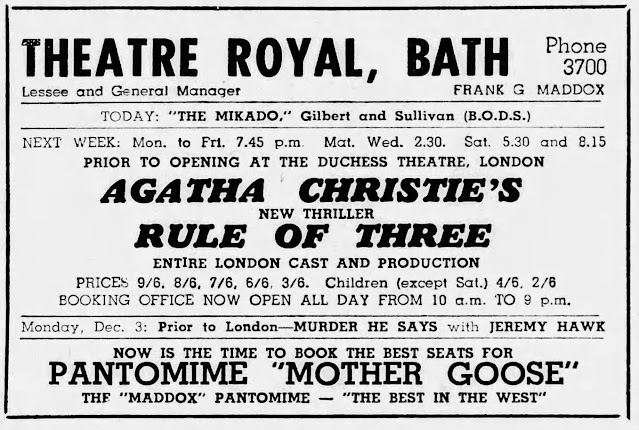 Agatha Christie truly must be indestructible, because she survived notices like this stinker, posted by Philip Hope-Wallace in the Guardian:

These Grand Guignol playets...may be feebly popular....I fear I must call them cheap, coarse, obvious and forced.

The Rats showed a vengeful pansy trapping adulterers in a high block of flats in Hampstead, with something nasty in the equivalent of a woodshed..  It is pure "Oo-er!" with no redeeming twist of wit or ingenuity.  The second piece is a cat burglar at the seaside....This vulgar, patronising piece is a compendium of badly-observed stock jokes and has no merit at all.  The third is medical squeamery....It is like many a bad Agatha Christie, though mercifully down to one flat, single act.

Yikes!  Longtime Guardian theater and opera critic Philip Hope-Wallace, who was then fifty years old, certainly lived up to the reputation of theater critics for being snotty here.  When he died, unmarried, nine years later, he was eulogized in the Times as a "critic of the arts as wise and searching as any in his time...."  However, the subjects of his criticism didn't necessarily take it that way.  On account of bitchy reviews like that above and, one suspects, another reason as well, Philip was scornfully nicknamed "Phyllis" and accused of leaving play performances before they were finished.  It sounds like he stuck it out with Rule of Three, but that didn't help the play in his eyes.

My big disappointment with Rule of Three, which I will state more temperately, is that the author recycled two of the plays, "Afternoon by the Seaside" and "The Rats," from short stories.  Let me dish!

Afternoon by the Seaside

"You see a lot of 'uman nature on the beach."

Afternoon by the Seaside is an expansion of Christie's story "The Rajah's Emerald," which goes all the way back to 1926, and in 1934 had been included in the Christie short story collection The Listerdale Mystery.  It also would show up many years later in the US in The Golden Ball, when Christie's American publishers started scraping the bottom of the great lady's barrel.  These are notoriously Christie's most lightweight crime confections, though somehow the superb "Philomel Cottage" and "Accident" ended up in Listerdale.

"The Rajah's Emerald" is not even original in and of itself, because it is basically a rewrite of an earlier 1924 short story, "The Manhood of Edward Robinson," with a different setting; so arguably Agatha was dipping into the well a bit too often here, with meager results.  The most striking thing about "Emerald" is that the protagonist is named James Bond (!).  Don't expect to be either shaken or stirred.

Like "Emerald," "Afternoon by the Seaside" takes place at bathing huts "beside the seaside...."  Poor Phyllis, as seen above, rather hysterically deemed this play cheap, coarse, vulgar and patronizing, to which I say, "Stop clutching your pearls, Phyllis!"

Personally, I actually found the play mildly entertaining.  It's one of Christie's comparatively rare attempts to put solidly middle and lower-middle class characters at the center of the stage, as it were.  There's a bit of late Fifties class conflict going on, as the prudish middle class snobs (all middle0aged women) look down on the brash lower class and resent the posh, idle rich, who still existed in the UK, even in the early Sixties.

The rich never actually appear, but there's scornful reference to a certain Lady Beckman ("With her mink coats and her Rolls Royce cars!") from whom a crafty cat burglar may have purloined an emerald necklace, which he may have stowed in one of the beech huts at Little-Slippyng-on-Sea.  Thus there's an inspector snooping around, asking questions of the other characters, who include a mother-dominated young man (one of Christie's favorite situations) and the French bathing beauty with whom the young man becomes enamored, much to his mother's chagrin.

Apparently prudish Phyllis was scandalized by the sight of a girl in a bikini on the stage, but it takes more than that to shock us today--just she had she "appropriated" a native costume!  There are a few twists, none of them hugely unexpected, and that's that.  Not offensive, but very, very light.  Oddly, this pleasant piffle is easily the longest play of the three.

"Exciting, isn't?  Quite like one of those mysteries in books!"

"What a horrible place to be shut up in if you couldn't get out." 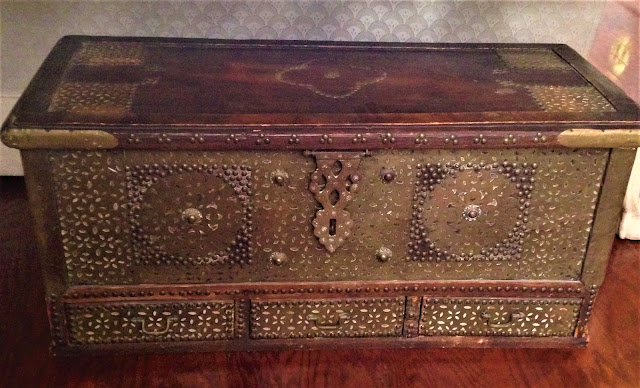 There's a complete change of tone with the second play "The Rats," a would-be nail-biting thriller.  (At least it's the second play in the Samuel French volume, though apparently when Phyllis saw it, it came first?  I would think myself that starting with the lightest, comic play would have made more sense.)

I wish I had read "The Rats" when I wrote my pieces on Gwen Bristow and Bruce Manning's The Invisible Host some months back, because it further removes any doubt on my part that Christie must have been familiar with this American novel/play/film, in which, recall, a group of people are trapped in a high-rise deco apartment and fiendishly killed off one by one.

In "The Rats," David and Sandra, an adulterous couple, fall into a remorseless trap concocted by a woman-hating homosexual when he locks them in a flat with...well, what exactly?  Can the couple extricate themselves from the grave peril into which this dreadful pansy has placed them?

How do we know Alec the homosexual is queer, you may ask?  Well, just to make sure, the stage directions describe him as "effeminate, very elegant, amusing, inclined to be spiteful."  Case closed!  Clearly Alec falls into the long line of flaming "mystery queens" as I term them who populate British mystery from the works of Christie and Ngaio Marsh right up to through PD James and Ruth Rendell.  Alec hates Sandra because he thinks Sandra killed her first husband, with whom he was in love. "You said he was devoted to your first husband, Barry," observes David dramatically to Sandra.  "You've only got to take one look at Alec to see what kind of devotion that was."

It's not so much this play being derivative of The Invisible Host that I mind (in fact I'm pleased to see further conformation of my thesis that Christie knew about Host), it's the fact that for it Christie obviously drew heavily upon her own "The Mystery of the Baghdad Chest," a superb Poirot-Hastings detective short story, originally published in 1932.  Christie expanded this story as "The Mystery of the Baghdad Chest," replacing Hastings with Miss Lemon and publishing it in 1960 in the short fiction collection The Adventure of the Christmas Pudding.  Apparently around the same time she decided to turn it into a play as well, only a thriller instead of a detective story.  The minute I saw in the stage directions that a "Kuwait Bride Chest" was in the flat, I thought, "I know where this was going!"; and I was right.  The chest may be from Spain, Bagdad or Kuwait, but the result is always the same.

How much with the chest idea was Christie inspired by the Patrick Hamilton's hit 1929 play Rope, I wonder?  Let's not kid ourselves that she wasn't.  Still, she made lots of hay with it: a short story, novelette and play!

So I might have liked this one better were I not so familiar with the plot already.  As it is, I had a hard time really caring about Queer Alec of the fate of David and Sandra.  There's also another character, Jennifer, who seems to serve little purpose except to advance plot exposition at the beginning of the play.  However, Jennifer does give us the immortal line, "I just came to feed the budgerigar."  I'm going to have to use that sometime! 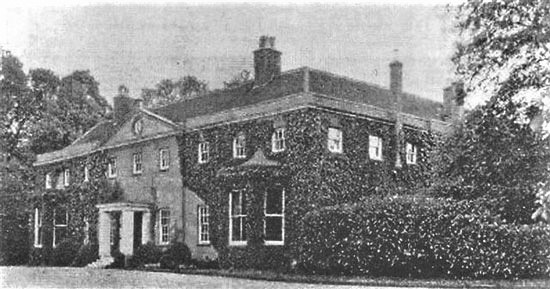 After the unoriginality of the first two plays, I was wary of the third, but, lo an behold, it turns out to be something new.  (I think so, anyway.)

In this one a police inspector and doctor at a nursing home have contrived an experiment to see whether they can prove that a paralyzed woman who survived a fall from a window (albeit with grievous injury) was the victim not of accident or attempted self-destruction but rather attempted murder.

On the downside the characters are purely stock, but on the other hand there is some adroit clueing and a fine whip-smart twist ending without longueurs.  At this time Christie was still producing relatively good detective novels, like The Pale House, The Mirror Crack'd, The Clocks and A Caribbean Mystery, and "The Patient" could make a very good short story, at the least.  Christie could have even thrown in Poirot or Miss Marple!