Mid-century Agatha Christie hardcover art was often deadly dull indeed, with the publishers seemingly relying on Christie's name alone to sell books (not a bad call either, that).

However the paperback art for Christie's books was another case entirely.  I have already done posts on some of the superb artwork for Pocket done by Tom Adams and the lesser known Mara McAfee.

Here are additional some examples of Christie paperback art:

Works by William Teason, who did Christie covers for Dell from the Fifties into the Seventies

Some examples of Bantam and Pocket paperback editions I purchased as a kid back in the Seventies and the Eighties with appropriately, my own pocket money

Those later Pockets bring back tremendous nostalgia for me, of a time when reading mysteries was really exciting, in a way it never has been quite since: the thrill as a kid of desperately trying to determine just whodunit--and usually never coming close succeeding! 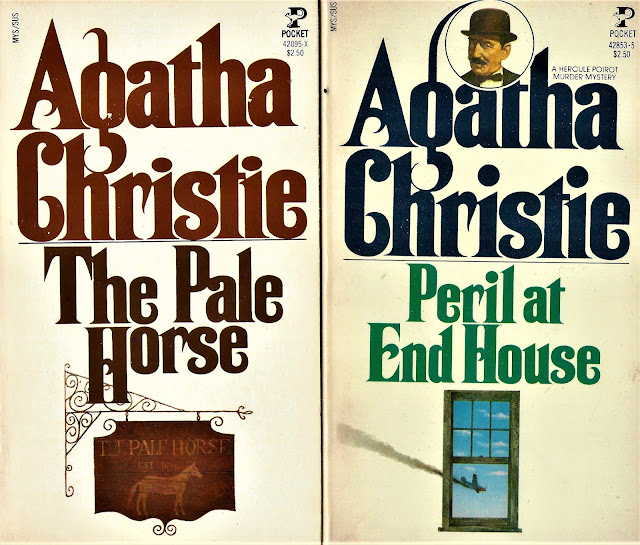 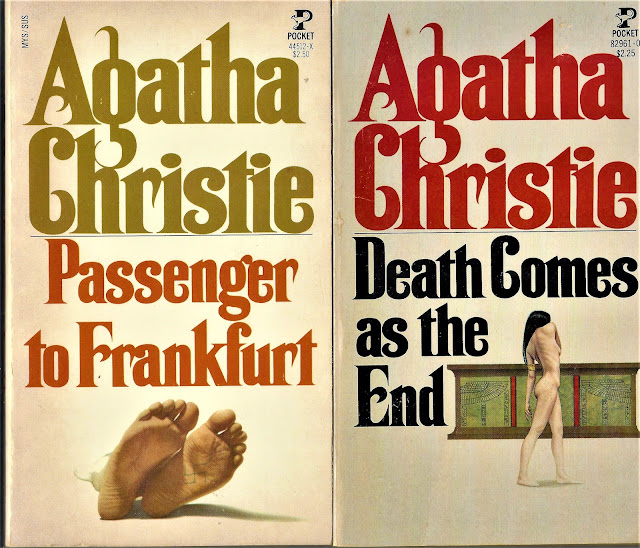