Daltons for December? More Moray Dalton Mysteries on the Way!

Readers who have enjoyed the original ten Moray Dalton (aka Katherine Dalton Renoir) mystery reissues, which include The Belgrave Manor Crime (1935), The Case of Alan Copeland (1937), The Condamine Case (1947) and The Art School Murders (1943), all of which I reviewed here on my blog, should be pleased to learn that, finally, after two-and-a-half years now, we are moving swiftly afoot to reissue six more titles by the author.

Like Annie Haynes, Ianthe Jerrold, Harriet Rutland and Molly Thynne before her, Moray Dalton has been popular in reissue with Dean Street Press and it was the intention to release ten more titles well before now.  (The last ones were in the spring of 2020, right around the time Covid struck in the West.)  The new titles all are postwar; and, indeed, with the previously reissued The Art School Murders (1943) and The Condamaine Case (1947), will complete all of her 1940s novels, plus her penultimate book from the early Fifties.  Four of them are Hugh Collier detective novels, while a pair are non-series.

These "new" titles are:

The Case of the Dark Stranger (1948) Collier 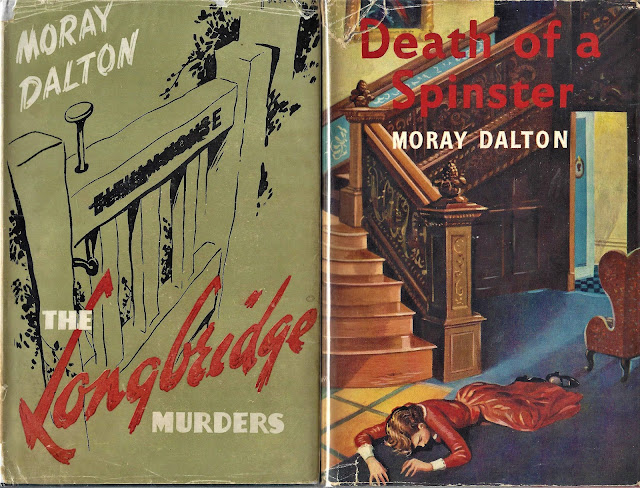 The four Colliers are very enjoyable, indeed, the first three are among her best.  The last, Spinster, is a little weaker, I would say, because Collier only appears in the last 10% of the book, in essentially a cameo.  The main plotline is quite interesting though.

In Longbridge Murders, Collier appears when the Yard is called in concerning the latest of an unsolved string of murders in the West Country village of Longbridge.  Are they connected somehow, the work of a serial murderer?  This is a highly intriguing and ultimately moving story, with Inspector Collier performing in it most ably.  Of it Jacques Barzun wrote: "Good characterizations and a limited group of suspects make the problem vivid....the work must be rated among Dalton's best." 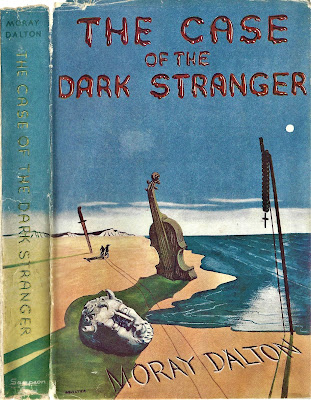 I reviewed The Case of the Dark Stranger here back in May 2020, when I was expecting Daltons to be released that December.  This is a very interesting one indeed, with something like a Barbara Vine temporal structure, with key events taking place in 1892 and 1912.

It's a backward look at a time when Collier was a very young man, a mere detective sergeant, and his superior Superintendent Cardew but a detective inspector.  It also draws on the author's deep familiarity with Italy, with some parts of the novel taking place there (though the bulk of it is set in England).

Inquest on Miriam is another mystery set in the West Country, a favored English setting for the author.  It takes  place in the village of Fallowford, a place dominated by a malevolent, wealthy, old woman named Miriam Oliver, who owns most of the habitation.  Or owned, I should say, as Miriam is the subject of the novel's titular murder inquest, which commences in the second chapter.

This is a good old family poisoning murder, with beleaguered innocence and as nasty a lot of relatives as you could hope for (in fiction).  Collier's stepson Toby Fleming, now twenty-two, plays a major role in this one, as he works as the private secretary for a gentleman implicated in the case, who seems partly to have been based on the author's father.  I'll say a bit more about young Toby later.

Death of a Spinster concerns sinister doings at creepy Jericho House (located in another West Country village, Greensted), which implicate a trio of ill-assorted cousins.  This is a very nicely plotted crime novel, though disappointingly Collier essentially makes only a cameo turn in his final appearance.  I was rather reminded of Margery Allingham, as well as Agatha Christie.

With these four reprints, Dean Street Press will have reissued not only the first five Collier detective novels (One by One They Disappeared, The Night of Fear, The Belfry Murder, The Belgrave Manor Crime, The Strange Case of Harriet Hall), but the last six of them as well.  Unfortunately for the moment this leaves a hole in the middle, as it were, in that the four middle Collier mysteries have not been reprinted yet, and these are the ones where Collier meets Toby and his mother Sandra, the latter of whom whom he romances and marries over the course of two novels, like in the books of Dorothy L. Sayers, Ngaio Marsh, Margery Allingham and PD James.  Toby starts off as a schoolboy but is a young man in his later appearances/references.  I hope to rectify this matter next year.

Interestingly, Longbridge and Miriam, though they were published after World War Two, are backset in 1939.  This means that they take place before the wartime Art School Murders and possibly as well The Condamine  Case, which I think is postwar, although I would have have to go back now and reread it to make certain.  (Sandra Collier briefly appears in Condamine, but I don't recall mention of Toby--is there mention of them in Art School Murders?)  Spinster, however, is definitely set in the late 1940s or 1950. 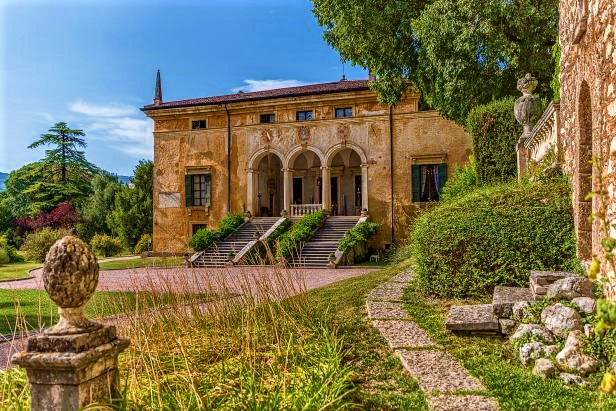 This leaves the two nonseries novels, both of which are set primarily (Eve) or entirely (Villa) in Italy, a country which Dalton loved and must have frequently visited or even for a time resided as a young woman.  It is where she set her first two novels, Olive in Italy (1909) and The Sword of Love (1920).

The Murder of Eve is another one in which the author does some interesting things with time.  The bulk of the novel is set in 1905, when Dalton herself was 23.  How much did she resemble the 24-year-old Englishwoman heroine of the novel, Miss Lily Oram?  Then there's a moving epilogue, set in 1940, where we find out what happened with some of the surviving characters.

Both Eve and Villa are intense stories.  There are murder plots and plenteous murders but they are more thrillers, I would say, though in that era this term conjures up unfortunate comparison with Edgar Wallace, who seems, I must say, merely jejune in relation to Dalton.  I like Edgar Wallace's fiction well enough, but Wallace was not as emotionally mature in writing, especially in his treatment of women, who tend either to be either sexless good girls or wicked adventuresses.  Dalton allows nice women to fall from the pedestal a bit without being damned to perdition.

These two Daltons are really more crime novels, straitish novels with crime and murder and melodrama.  Villa takes place during WW2, sometime after the initial Allied invasion of southern Italy and the German military occupation of northern and central Italy, propping up Benito Mussolini as a Nazi puppet, in September 1943.  There are two plot strands, one concerning skullduggery at an Italian nobleman's villa, and another about an English RAF pilot downed in the vicinity, and they dovetail beautifully.  Jacques Barzun called it a "tense situation, beautifully plotted and narrated," in which "the principal interest lies in the admirably diversified characters and the picture of the times."

I was reminded of that superb French World War Two television series from the last decade, A French Village, and was racing through the last third of the novel, almost chewing my fingernails, to find out what would happen.  This book would make a splendid film!  They wouldn't even feel the need to change anything to sex it up and darken it a la Sarah Phelps.

I am really pleased to see these books are coming back in print soon.  It is common to say that a given artist is underrated, but I do think that has been the case with Moray Dalton.  Rest assured, I am genuinely a "big fan" of the author and have been for two decades now.

Posted by The Passing Tramp at 2:09 PM