Some More Butcher's Dozens: The Thirteen Best Christies and Carrs

I thought I'd try some more of these, after having done Mr. Symons.  These were much harder! 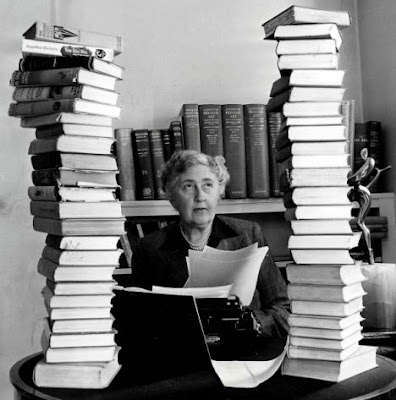 The Murder at the Vicarage 1930 Marple--debut Miss Marple novel, she at her most vinegary, before Christie fluffified her--as a kid I didn't like this one much, but now I love the village satire and the solution is a classic gambit for her

Murder on the Orient Express 1934 Poirot--one of her classic solutions, one of the great train mysteries

The ABC Murders 1936 Poirot--classic serial killer mystery, the best one book with Hastings

And Then There Were None 1939 nonseries--THE enclosed location mystery, perhaps the greatest mystery of them all

The Body in the Library 1942--classic return to St. Mary Mead, in one of her strongest depictions of the village, along with some well-rendered hotel types and another classic solution

Five Little Pigs 1942 Poirot--the best of the more "novelistic" Christies from the Forties, where the emphasis to the solution is based on characters--classic murder in the past treatment

A Murder Is Announced 1950 Marple--perhaps her greatest village mystery (not St. Mary Mead but Chipping Cleghorn)

Ordeal by Innocence 1958 nonseries--Christie deemed this one of her best and authors often get that judgment wrong (!), but this is notable as it looks forward to the rather gloomy, modern dysfunctional family mysteries of PD James and Ruth Rendell, with a solution turning on psychology

Curtain 1975 (written 1940s) Poirot--opinion divided on this one, but I think it's a classic performance, a brilliant finish for a great detective, though it's very much autumnal and the characters by design are a pretty unlikeable lot 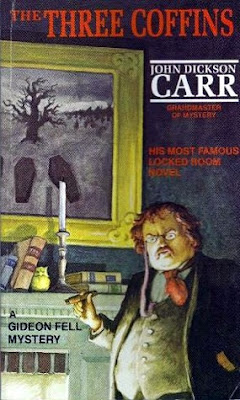 The Three Coffins 1935 Fell--highly atmospheric and the locked room lecture, of course, though it gets a bit fiddly in the murders

The Crooked Hinge 1938 Fell--jaw-dropping solution, whether you buy it is up to you--classic claimant mystery

She Died a Lady 1943 Merrivale--one of Carr's best examples of the serious, character-driven mystery from the Forties

He Who Whispers 1946 Fell--superbly shuddery and suspenseful, with providing some strong character interest

The Devil in Velvet 1951 nonseries--Carr's best historical, character driven with a very strong sense of interest and a sinister cameo by Scratch himself