Stock-taking 3: Mystery Scene and News on Masters of the "Humdrum" Mystery (2012) 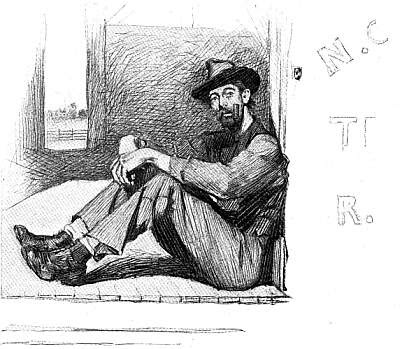 Before I try to get in "Friday's forgotten book" (by Clifford Knight this time), I thought I would post a bit of news on my most recent work, Masters of the "Humdrum" Mystery: Cecil John Charles Street, Freeman Wills Crofts, Alfred Walter Stewart and the British Detective Novel, 1920-1961 (McFarland, 2012).  Yes, it's been mentioned here once or twice.

Masters--I prefer this as my shorthand title for the book to Humdrum!--has been reviewed by Jon L. Breen in the most recent issue of Mystery Scene.  Now, readers of this blog will know how I, like so many others, hold Jon Breen in great esteem (see my review of his essay collection A Shot Rang Out) so his review of Masters was especially pleasing to me.

"This is an important book of detective fiction history and criticism," Jon Breen writes, "with all the scholarly care and rigor of a first-rate academic study combined with an enjoyable literary style....This should be a certain Edgar nominee."  This is very gratifying to read, especially when it concerns a project that took such a sizable chunk of my life to complete!

Jon Breen also favorably reviews Max Allan Collins' and James L. Traylor's Mickey Spillane on Screen: A Complete Study of the Television and Film Appearances (McFarland).  This sounds like an interesting book, though I have to admit that I have never been a Mike Hammer fan (I love the film Kiss Me Deadly, however).

There's lots of interest in this issue, but my personal highlight was Martin Edwards' "Robert Barnard: A Talent to Entertain."  I was surprised to learn in this piece that Robert Barnard plans to retire from "regular professional writing," according to Martin Edwards.  Edwards' piece is fine tribute to a man who has carried the torch of the classical English mystery since the mid-1970s, when Agatha Christie and Ngaio Marsh were still with us.  He has published nearly fifty mystery novels and short story collections.

I also was pleased to see Bill Crider mention, in his review of short story collections, a new volume of very old Sax Rohmer short stories with supernatural elements, from Black Dog Books.  I'm so glad to see presses devoted to golden-oldies. May others follow suit!

Masters has now made it into fifty-three libraries.  I hope to list them by region soon.  Most of them are in the United States, but there also are six in Canada, as well as one in the Netherlands and one in Germany.  I do hope Masters makes it into some British libraries, considering that it's about the British detective novel--eh, what?
Posted by The Passing Tramp at 3:16 AM