I'm hoping to get in my Christmas mystery review and two other books this coming week, but in the meantime I thought I would review my first full year on the blog. 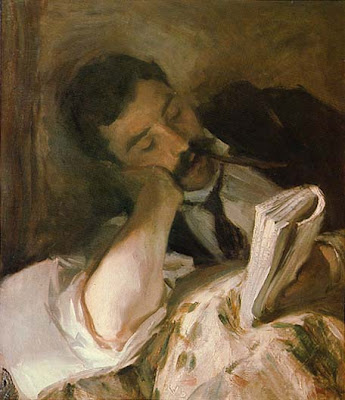 The biggest news was the appearance in June of my book, ten years in the making, Masters of the "Humdrum" Mystery: Cecil John Charles Street, Freeman Wills Crofts, Alfred Walter Stewart and the British Detective Novel, 1920 to 1961. With it, I hope to persuade modern mystery critics and fans that the Golden Age of the detective novel (roughly 1920 to 1940) was a more diverse period, ideologically and aesthetically, than is admitted and also that these specific authors had their merits (some critics and fans know this already, of course, but many don't).

The book has received some excellent notices, such as Jon L. Breen's in Mystery Scene, J. Kingston Pierce's at Kirkus Reviews and Geoff Bradley's in CADS.  Also a great piece by Patrick Ohl on his blog, At the Scene of the Crime.

I also contributed introductions to Coachwhip's new editions of titles by J. J. Connington and Todd Downing.  My own book on Todd Downing will be out, after a delay, in January (you'll be hearing more about this one).

All these books are available from Amazon.  Additionally, titles by Connington are being reissued in Ebook format by Orion's Murder Room.  I hope they can follow suit with John Street and Freeman Wills Crofts.  Those who control Street's literary estate have not been notably helpful to date.

Now to the books discussed this year on the blog!

Herewith is the list of the them, by year of publication:

Maigret and the Spinster (1942), Georges Simenon

Absent in the Spring (1944), Agatha Christie (as Mary Westmacott)

Only four volumes of short stories, by William Faulkner, William Fryer Harvey, Joyce Porter and Edward D. Hoch, but I also did a piece on Edith Wharton's superb "A Bottle of Perrier" and one comparing the short stories of Bill Pronzini and Dashiell Hammett.  There is also an oddity, a lyrical murder mystery poem by Dorothy Bennett.

Most reviewed author: Rufus King, who died forty-six years ago.  Runner-up: Ruth Rendell, very much with us still.

So that's 68 novels, 35 of them from the 1930s.  I guess it won't surprise you to learn that I think the formal detective novel achieved a state of perfection in the thirties that has never since  been bettered.

I did mean to review more recent books, and will try to do better next year.  But there are so many blogs devoted to the newer stuff already.  I think interesting things are being done today, to be sure, but my focus will continue to remain on older works.

I also reviewed an interesting book on Ellery Queen, Joseph Goodrich's Blood Relations: The Selected Letters of Ellery Queen, 1947-1950, Michael Dirda's winsome and Edgar-winning On Conan Doyle: Or, The Whole Art of Storytelling and Jon L. Breen's fine collection of genre essays, A Shot Rang Out.

Lately I admittedly have been reviewing a preponderance of novels by American authors, but I have become fascinated with the sheer volume of classical detection produced by Americans.

The notion that the genre in the United States was dominated during the Golden Age by hard-boiled writers could not be more wrong, it seems to me.  Aside from the so-called HIBK school of Mary Roberts Rinehart and Mignon Eberhart and other women writers (which is getting a little attention from academics now), there were numerous male writers in the classical tradition, like S. S. Van Dine, Ellery Queen, Rex Stout and Rufus King.

As critic Jon L. Breen has pointed out, Queen gets shockingly little attention today (the same is true of Stout, which is especially strange when one considers that the Nero Wolfe novels have remained in print--there is really no excuse for the critical neglect here).