A Death and A Life: Elmore Leonard and Gertrude Robins 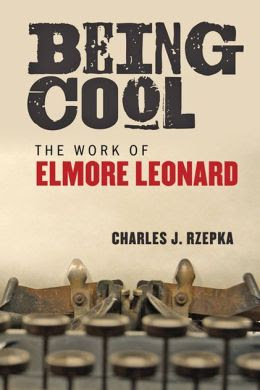 Readers of this blog will know by now that crime writer Elmore Leonard died yesterday at the age of 87.

The last several months I have been corresponding about the Choctaw mystery writer Todd Downing (of Clues and Corpses "fame") with Professor Charles Rzepka of Boston University, whose newest book, Being Cool: The Work of Elmore Leonard is now available on Kindle (the hard cover edition will be out in a few weeks).  Professor Rzepka's eulogy to Elmore Leonard can be found here.

Of course we know this blog tilts heavily toward classic mystery fiction of the period from 1920 to 1960, but the Passing Tramp is an inclusive fellow and I will be reviewing Being Cool, I hope, next month, as well as interviewing Professor Rzepka about his work on the crime and mystery genre. He is also the author of the survey Detective Fiction (2005).

Now in a shift to a much different sort of crime writer: herewith some more background on the author known as Mrs. Baillie Reynolds.  I'm finding her rather a fascinating person.

Robins' most famous actuation took place in 1842, when he sold off the contents of Horace Walpole's famous Gothic mansion, Strawberry Hill.  When he died in 1847 he left a will of some fifty pages, leaving personal property that would be valued today at over ten million U. S. dollars.

George Robins hoped that one of his sons would follow his trade, but none did (they were all now "gentlemen"). There were two clergyman, including the Chaplain to Queen Victoria at Windsor, and two lawyers, including Gertrude's father, Julian Robins.

Gertrude Robins was educated at South Hampstead High School, which had been founded 1876. More recent distinguished alumni of this school include Angela Lansbury and Helena Bonham Carter.

Entitled Keep My Secret, the book was a three-decker Victorian sensation novel detailing blackmail and murder plots against the heroine by her wicked uncle; and it was reviewed in the Pall Mall Gazette by no less than Oscar Wilde, in characteristic fashion:

The novel at the end gets too melodramatic in character and the plot becomes a chaos of incoherent incidents, but the writing is clever and bright.  It is just the book, in fact, for a summer holiday, as it is never dull and it makes no demands at all upon the intellect.

Another reviewer (this time anonymous) pronounced that "Keep My Secret...is rather a good book....there are sliding panels, abductions, and all the rest of it, in quite Radcliffian profusion."

Many of these novels, especially in the 1920s and 1930s, incorporated criminous and sometimes supernatural elements.

You'll be seeing more here in months to come about Gertrude Minnie Robins aka Mrs. Baillie Reynolds, a Victorian sensation novelist who lived to become, during the Golden Age of detective fiction, a mainstay of American publisher Doubleday, Doran's Crime Club.

*(Gertrude Robins' son Donald was a civil engineer and her son Paul was a classical scholar and archaeologist who during World War 2 was involved with the Monuments, Fine Arts and Archives Program--the so-called "Monuments Men"--which set out to retrieve cultural treasures stolen by the Nazis)
Posted by The Passing Tramp at 10:21 PM