Polishing Up: Miss Silver Comes to Stay (1949), by Patricia Wentworth (Introduction); plus a short tribute to "Peff"

In Patricia Wentworth's Miss Silver Deals with Death (1943; Miss Silver Intervenes in UK), Wentworth's Inspector Ernest Lamb delivers what surely must be taken as artistic statement on the detective novel by the author:

"Human feelings are things you're bound to take into consideration.  That's where a lot of these detective novels go wrong--there aren't any human feelings in them.  They're clever the same way a game of chess is clever, or a problem in mathematics, and nobody with any more feelings than one of the chessmen or the plus and minus signs.  It isn't natural...."

This is a statement about detective fiction that surely is as "advanced" for its time as that dramatically unfurled by Raymond Chandler in his "The Simple Art of Murder" essay, published the next year. With it, Wentworth, who at this time was moving decisively in her writing from crime thrillers to detective fiction, was aligning herself with the vanguard that wanted to infuse (opponents would say dilute) the cerebral detective novel with discernibly human passions.

With each Wentworth I read the author strikes me more and more as a significant figure within the genre, despite the fact that she has been mostly ignored in genre studies.

In 1001 Midnights, Marcia Muller made a case for the merits of the Wentworth crime novels, yet in Bloody Murder Julian Symons--you had to know it wouldn't take me long to mention dear old Mr. Symons--lists Wentworth as one of the British mystery authors who, says he, refused "to be serious about anything except the detective and the puzzle"; while Symons's aesthetic nemesis, Jacques Barzun--a much admired individual here--for his part was similarly dismissive, writing in A Catalogue of Crime of Wentworth's novel Miss Silver Comes to Stay (1949) that "it is clearly aimed at the tired and somewhat distrait reader: language and gesture and event are girlish and trivial."

Is this is a male thing, then?  Not entirely, surely.

Anthony Boucher, most esteemed of American crime fiction critics, came to be a great fan of Wentworth by the 1950s; however, I do think the inevitably prominent romance element in the Patrica Wentworth detective novels has been a turn-off to many male readers over the years, as has been the widespread perception of Wentworth as an anodyne (to borrow from Jacques Barzun), or cozy, mystery writer.

There is no doubt in my mind that Wentworth is a notable figure in mystery genre history precisely for popularizing--indeed, I would say, playing a huge role in originating the very popular conception of--the cozy detective novel.  Beginning in 1943, when she published The Chinese Shawl and Miss Silver Deals with Death, Wentworth over fifteen years published more than two dozen Miss Silver mysteries, most of them, I believe, true detective novels and all of them "cozy," set in genteel milieus where the social order is disturbed but restored at the end (her last detective novel, The Girl in the Cellar, published the year of her death in 1961, seems almost universally considered a failure, her Postern of Fate, of you will).

To sweepingly dismiss these "cozy" novels at "girlish" and "trivial" is, I think, missing a lot of what is going in on them.  I believe Patricia Wentworth quite consciously and intelligently embraced the mythic aspect of the classical detective novel and that her Miss Silver emerges over the course of these novels as an awesome--I use this much overused word advisedly--figure, one of the true Great Detectives in English detective fiction.

The novel I will use to support my case is, yes, the one so dismissively treated by Jacques Barzun, Miss Silver Comes to Stay.  I found it the best Patricia Wentworth novel that I have read, as well as one of the best mysteries I have read this year.

Incidentally, this novel was also cover-illustrated, in its 1958 Pan paperback edition, by the late Sam Peffer (1921-2014), one of the great crime fiction artists of the 1950s and 1960s, who signed his work as "Peff."  Some fantastic example of his covers are posted below.  You can see Patricia Wentworth was in some very good--if rather fast--company. 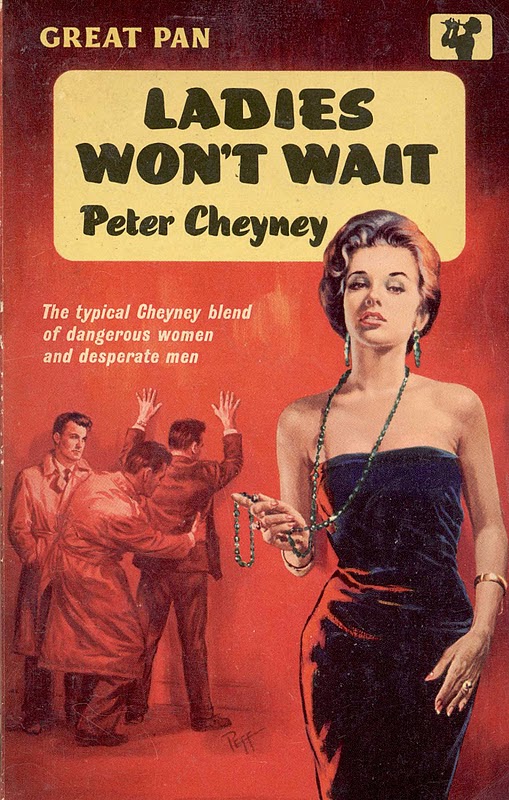 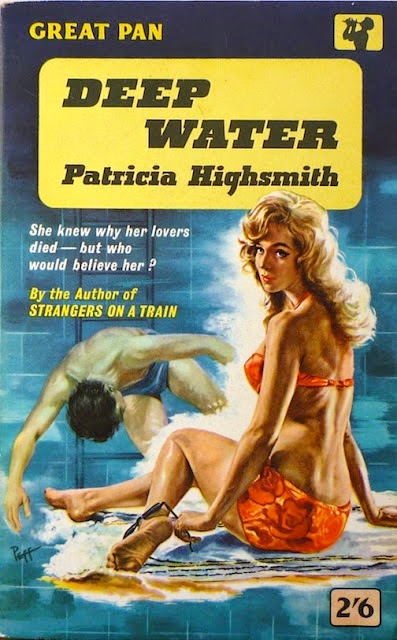 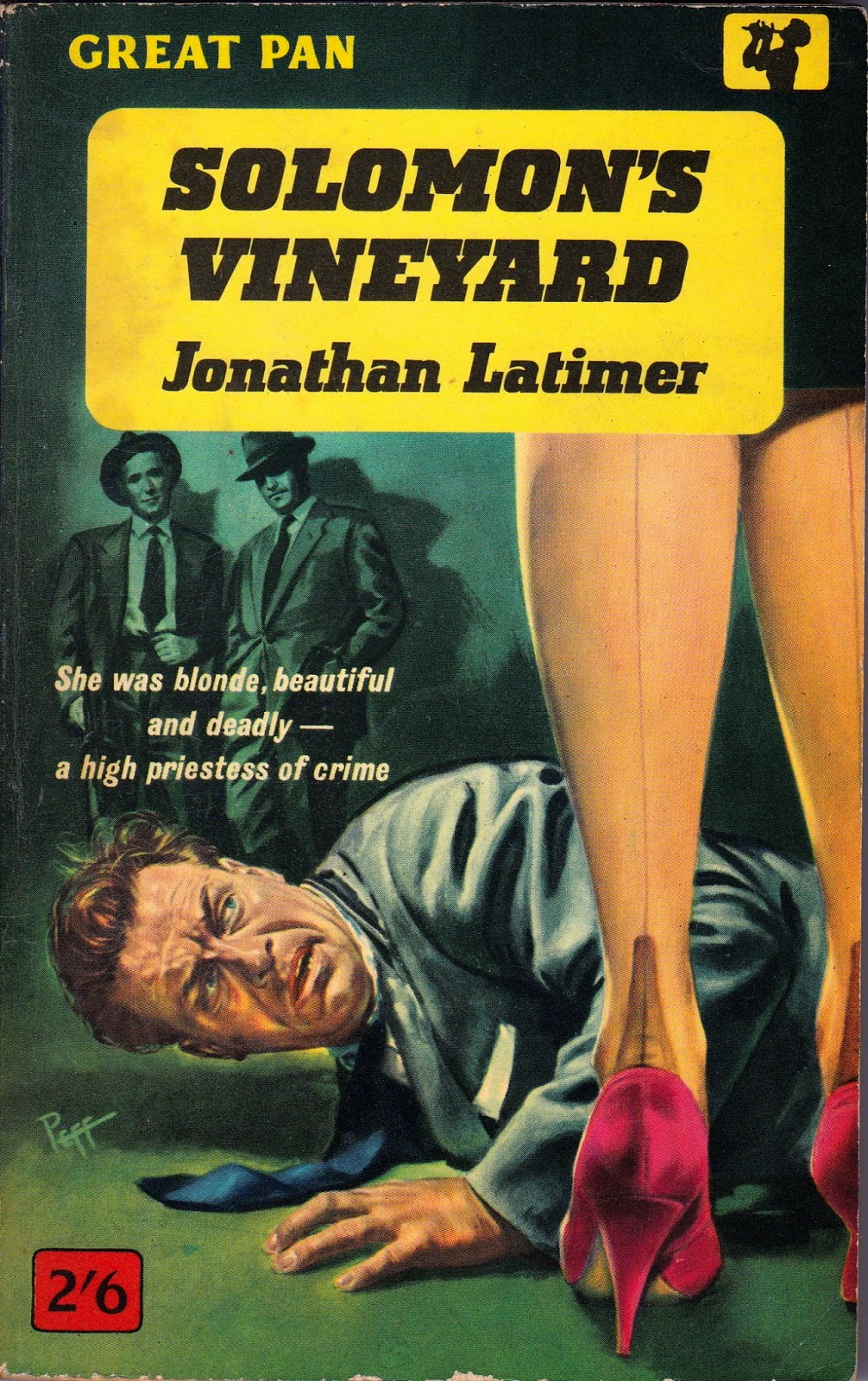 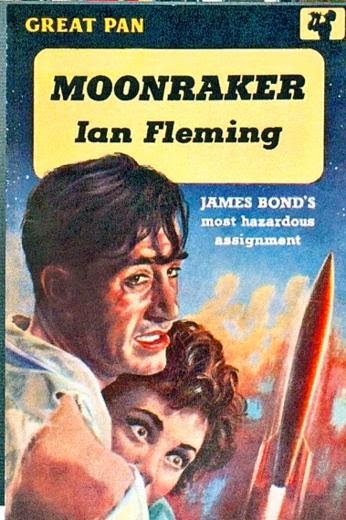 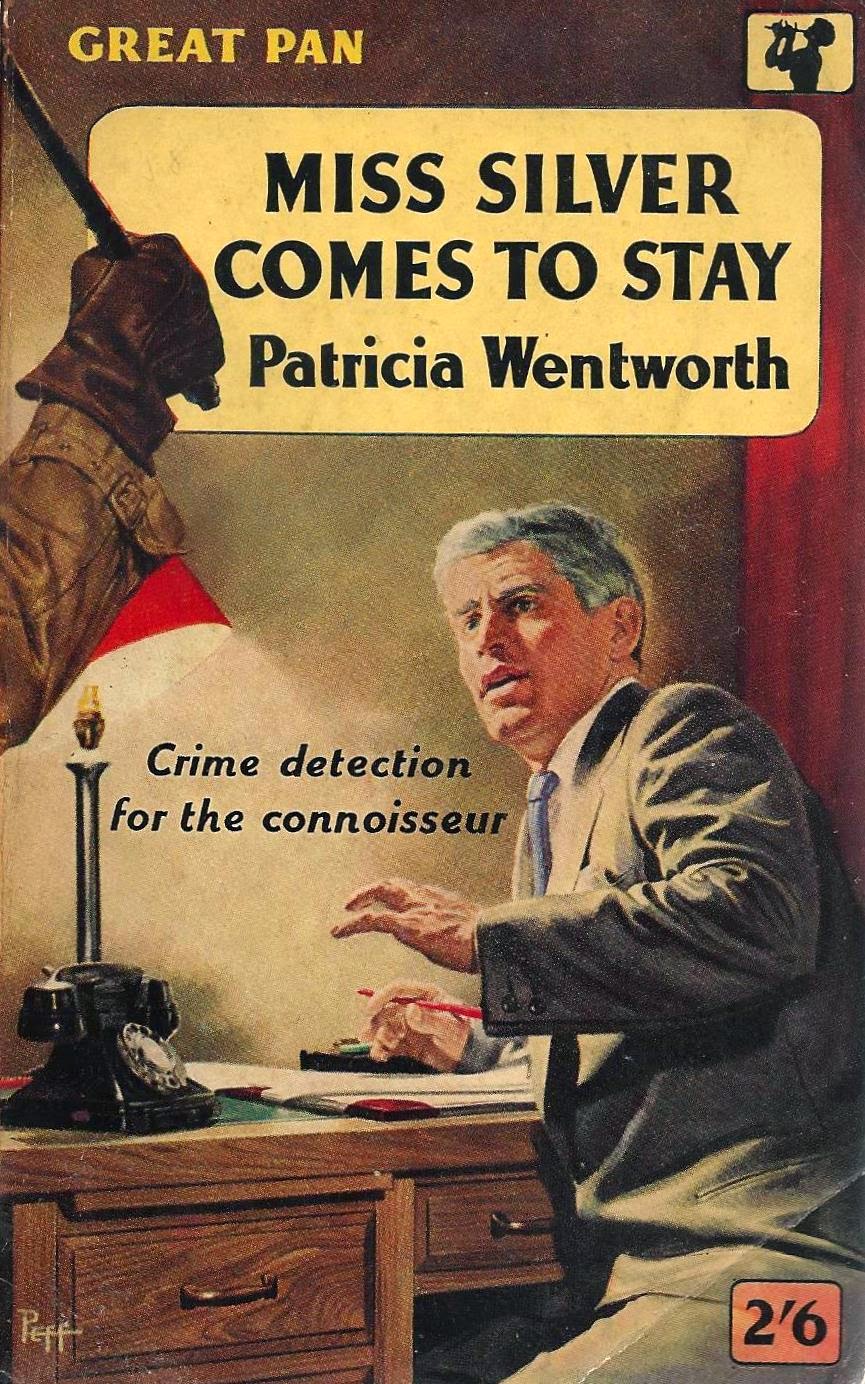 Posted by The Passing Tramp at 2:43 AM