By the Bookplate II The Philanthropist Forger: Moe Turman, The House of the Missing and the Money that Vanished

Are people who commit crimes more likely to be attracted to crime fiction? Or does fictional crook stuff inevitably fizzle with crooks?

From this blog we know it's possible that shortly before his shoot-out with federal agents outside the Little Bohemia Lodge in 1934 John Dillinger may have relaxed by reading Rufus King's Murder on the Yacht; and we know that Asa Guy Gurney, who illegally extracted $22,500 from a bank in 1894 and was exposed by a thumb mark in a celebrated case of forensic detection, owned a copy of Christopher Bush's Dead Man Twice.

The attractive book plate of Moe Turman and his wife Anna, depicting the Hebrew Temple Menorah, graces the edition of Sinclair Gluck's first crime thriller, The House of the Missing, that I own (see illustration to the right)

The House of the Missing was originally published in 1922 by the Inter-Continental Publishing Corporation of New York and was reprinted in 1924 by Dodd, Mead and Company, one of the powerhouses of American mystery publishing during the Golden Age of detective fiction (it's this slightly later edition that the Turmans owned).

Moses "Moe" Turman was born in 1896 in the Lithuanian city of Vilna (today Vilnius), then part of the Russian Empire.  Moe was a son of Pincus and Sarah Schlossberg Turman (Moe had four siblings: Irving, Jack, Sylvia and Esther). Pincus Turman, a Vilna rabbi, brought his family to the United States in 1903, where they initially settled in Trenton, New Jersey, residing at 209 Fall Street.

Pincus Turman became rabbi of the Congregation Brothers of Israel Synagogue in Trenton for some half-dozen years before moving on to Chicago.  A 1908 booklet, Trenton's Foreign Colonies, praised his children for "attending the American schools [in Trenton] and outstripping many of their American school-mates in progress." In a dozen years young Moe would be making a name for himself in New York City, in the world of finance.


After working as an office boy for Samuel Phillipson & Co. in Chicago, Moe following the death of his father moved to New York in 1914, where he took courses at New York University and later attended Eron Business College from 1918 to 1921. Now the breadwinner for his family, Moe, so the story goes, in 1914 or 1915 borrowed $100 at 50% interest to send to Chicago in support of his widowed mother and his four siblings--a fateful decision. He started borrowing from others to pay off previous obligations ("borrowing from Peter to pay Paul," as Turman put it), setting up a pyramid of debt that eventually collapsed on him in 1925, making newspaper headlines around the nation.

In 1921, Turman, but 25 years of age, formed the Equity Finance and Service Company to lend money to businesses. For a time the firm seemed to be prospering and, with his wife, Anna Krasnow Turman, the "boy financier," as he was called, went in for philanthropy and society. Turman served as president of Young Judaea, a Zionist youth group founded in the US in 1909, as well as secretary of the Brooklyn Jewish Center, built in 1920.


In an attempt to keep afloat a financial boat that in reality was foundering, Turman began forging the signatures of prominent businessmen on notes.  When he was arrested in 1925, prosecutors claimed that his outstanding monetary obligations totaled 1.3 million dollars, while his bank account amounted to just 14 dollars (Turman claimed his actual debt was "merely" $400,000).

Despite such evident scorn in the press, Turman seems to have retained a certain amount of popular sympathy within the Brooklyn Jewish community, where he had been well-liked and, indeed, much admired for his commitment to social welfare and seeming business acumen.

It was avowed that Turman had never defrauded any of the philanthropic associations with he had been involved. Turman himself fervently denied insinuations that he might have cheated charities.

The young man even declared to reporters, "I hope when it's all over I can go back to my work with charities."  And for his part the New York District Attorney stated of Turman that if his story was true he was no Ponzi but rather "a frightened young Jew who went from one debt defalcation to another."

When Turman was found guilty of second degree forgery, however, he was sentenced to five to ten years at Sing Sing.  Judge Alfred J. Talley, who presided at Turman's trial, a few months earlier had debated famed liberal lawyer Clarence Darrow on the matter of capital punishment (this shortly after the Leopold-Loeb murder trial, where Darrow had been the defense attorney); he was not a man who took a lenient view of misdoing.


After the murderers Leopold and Loeb were spared death at the behest of Darrow, Judge Talley thundered: "It is not the criminals, actual or potential, that need a neuropathic hospital, it is the people who slobber over them in an effort to find excuses for their crimes." At his trial a few months later, Turman got no sympathy from Talley, who additionally recommended that the young man, who had never become a naturalized US citizen, be deported from the country at the expiration of his prison term (as Charles Ponzi would be when he was released from prison in 1934).

"I realize that deportation would be a harsh sentence for him," Judge Talley lectured Turman's defense attorney, "and that is the reason I make the recommendation.  I am sorry I cannot issue the order for deportation myself.  I want this case to be an example to young foreigners who come here and attempt to become captains of finance through criminal means." 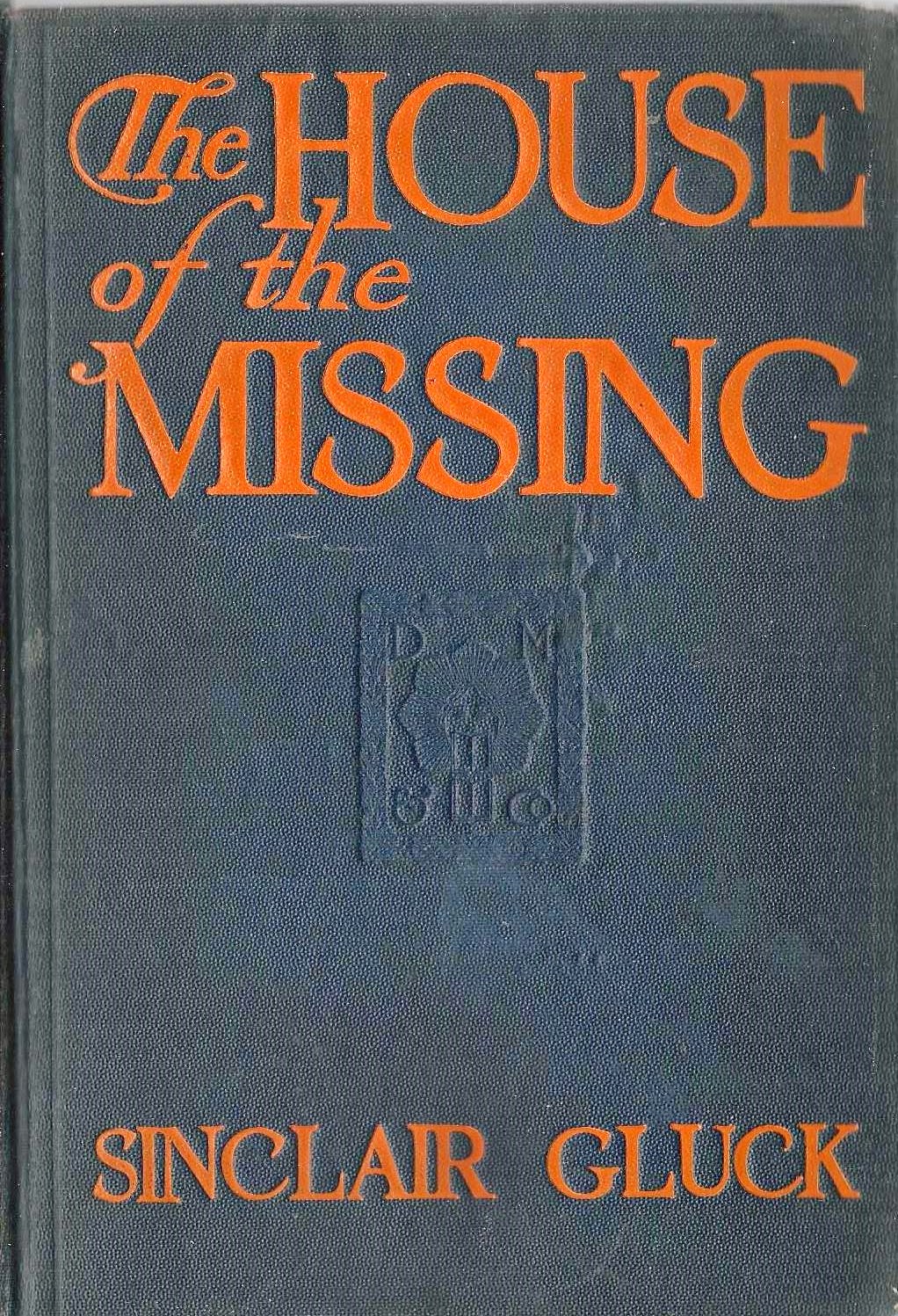 Ultimately Turman served a little less than four years in prison.  When he was released in 1928, he was not deported, surely to Judge Talley's disgust. Indeed, in 1933 Turman was pardoned and he prospered again, more permanently this time, as the president of an office furniture company. He and his wife again became active in charities, including the Federation of Jewish Philanthropies and the Hudson Guild.  At his death in 1957 it is said that he had paid back "virtually all" of his debt.

As his world was about to come crumbling apart all around him in 1924, did Moe Turman seek "escape" at his house at 1047 President Street, Brooklyn, with Sinclair Gluck's thriller The House of the Missing?

Was he one of those "tired businessmen" of publishers' promotional copy who liked to relax with a good mystery?  Or maybe it was Anna Turman who read the stuff? Whatever the case, even the events that take place in The House of the Missing may not have been quite as thrilling to a lot of people as the real life secrets about to be divulged to the world concerning Moe Turman's tempestuous business ventures.

Note: a picture of Moe Turman can be seen in this contemporary news article (and don't miss the bit on "John Hoover" directly below.
Posted by The Passing Tramp at 8:50 PM