I bought my copy of Elizabeth Fenwick's Disturbance at Berry Hill at a used bookstore in Baton Rouge, Louisiana back in the 1990s, when I was in school down there.  I have to be honest, it was the frontis map that did it.  I recently came across the book again and decided to read it, having never actually done so before, making this probably a near twenty-year lag between purchasing and reading! Well, better late than never, right?

Elizabeth Fenwick (1916-1996) is an interesting author in that she illustrates the case of talented mid-century women mystery writers who in the 1940s and 1950s moved away from true detective novels to "psychological suspense," or "domestic suspense," as Sarah Weinman calls it.

Fenwick published three detective novels during World War Two, the several straight novels in the 1940s and 1950s, before moving into suspense crime fiction with Poor Harriet in 1957.  Over the next dozen years she published seven additional crime novels, ending the run with Goodbye, Aunt Elva in 1968.

Fenwick's crime fiction was quite praised in its day by critics, including the influential reviewer Anthony Boucher. However, since then she seems to have been mostly forgotten, although Academy Chicago reprinted one or two of her books in the 1980s or 1990s.

Unfortunately, I have to admit that Disturbance on Berry Hill, her penultimate crime novel, was a a disappointment to me. In some ways it reminds me of Mary Roberts Rinehart's crime novel The Album (1933), which I also found disappointing.  Both have excellent closed settings in exclusive suburban northeastern U. S. neighborhoods, rather resembling what we Americans call "gated communities" today; but the mystery plots fall flat (that in The Album is too convoluted, that in Berry Hill too predictable). 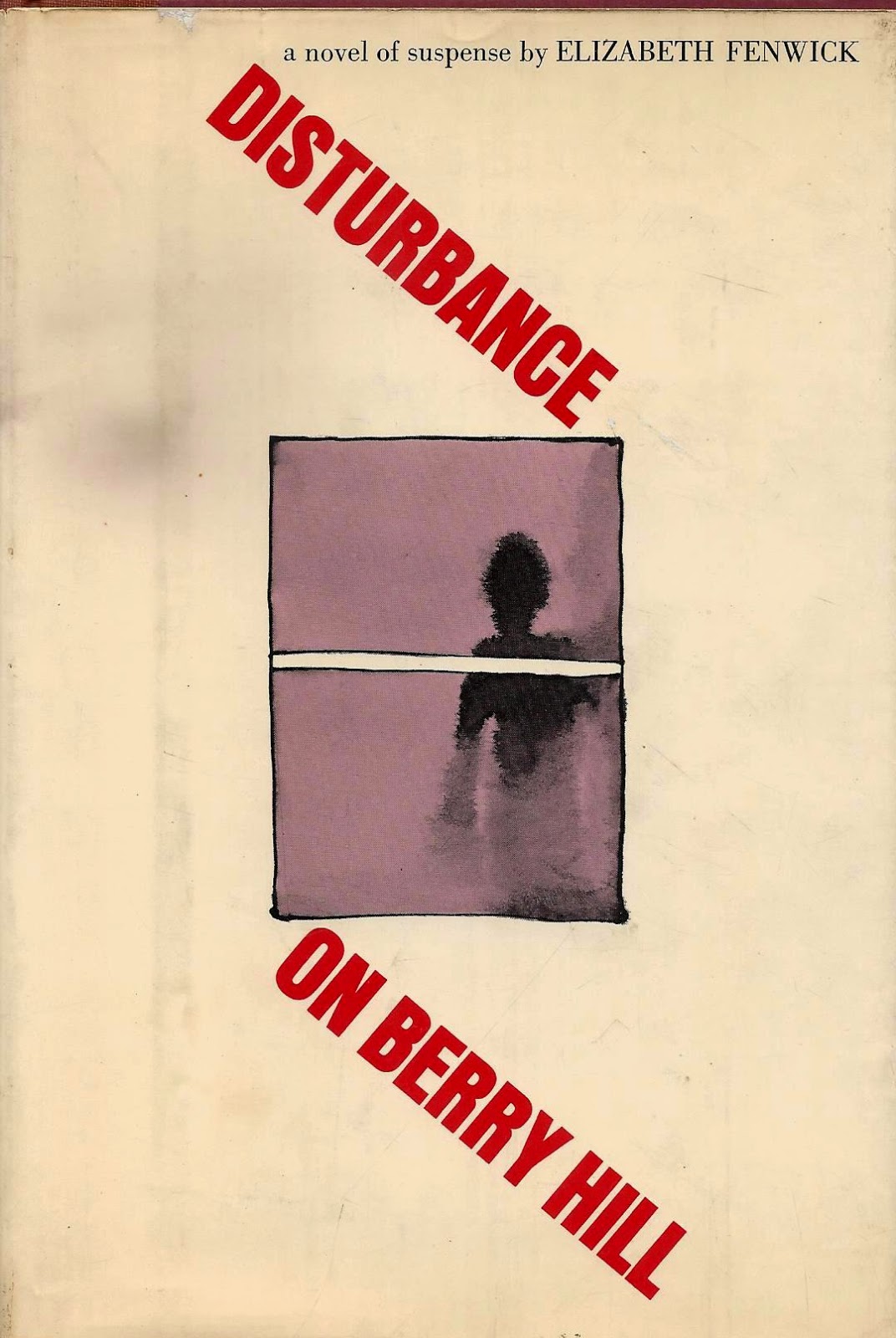 Someone in Berry Hill is causing disturbances, prowling about and sneaking into homes, etc., causing people in the neighborhood to lock their doors for the first time (this was along time ago). Eventually there's a death, which is an even greater disturbance.  Who is behind all this? The answer, I must admit, was not a great surprise to me.

Berry Hill is a short novel, probably not too much over 40,000 words, and although I thought the setting was interesting, the characters were not as developed as I would have liked. I did note how "traditional" Berry Hill was, with all but one of the adult women residents being homemakers (one with a live-in maid) with commuting husbands; the one middle-aged career woman is sympathetically presented, but exceptional.

I wanted to like this novel more than I did, but the suspense is a tad tepid and the characters insufficiently engaging. However, from past reading I have a good opinion of Elizabeth Fenwick's writing, so I will take another look at her work, in a post that will have more about the author herself.  Also there's exciting news about Sarah Weinman and domestic suspense fiction, which I will be writing about more next week too.
Posted by The Passing Tramp at 1:27 AM