Classics of Negativity: A Contemporary Review of The Bronze Hand (1926), by Carolyn Wells 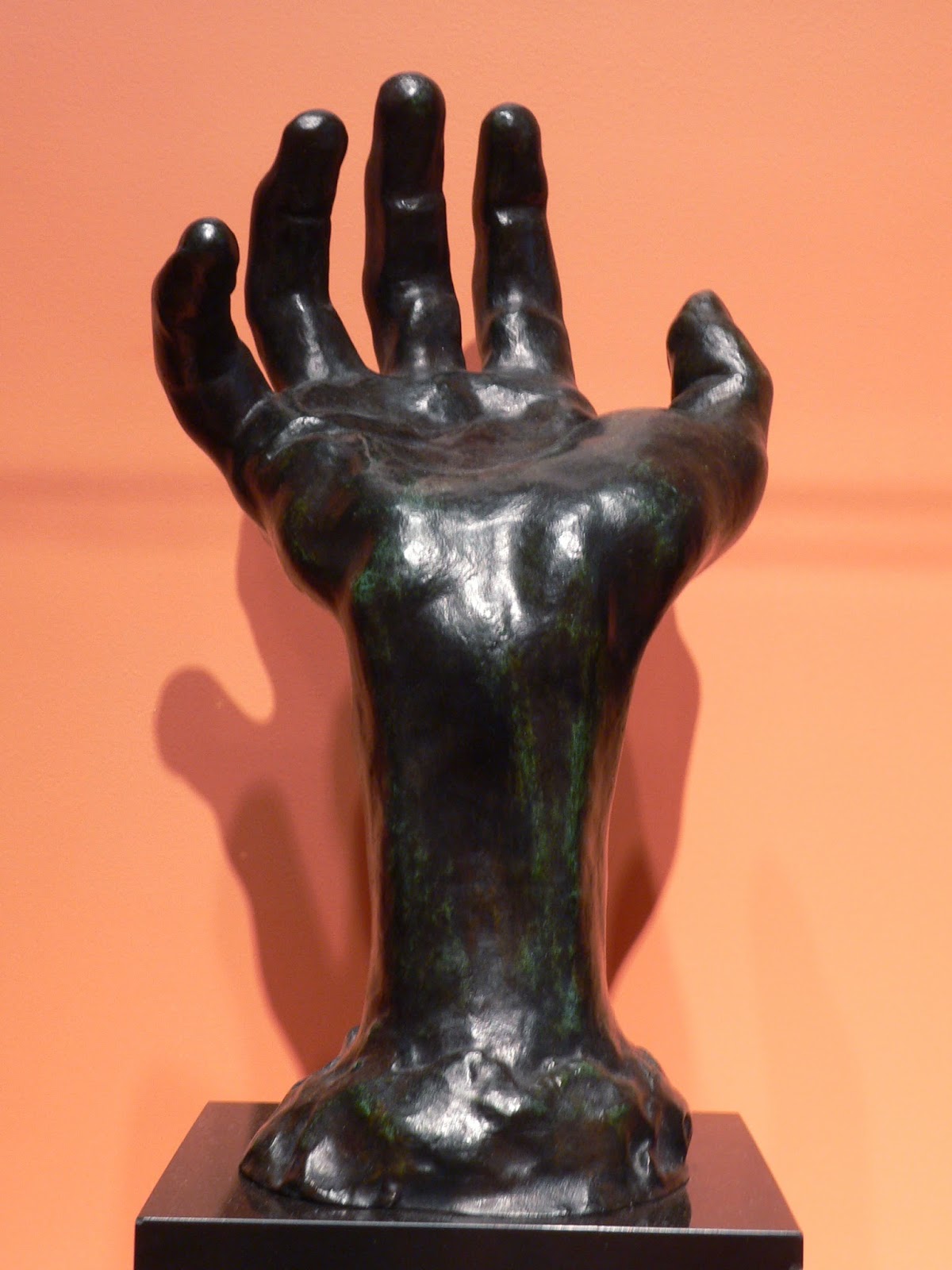 The hard-working Miss Wells has not often turned out so inferior a specimen of "Fleming Stone" detective story as she here exhibits.  Its faults are overwhelming in number and variety, its merits nil, and its appeal to the imagination unprovocative of the faintest response whatever.  A shady and dissolute millionaire is murdered on board a liner bound for Liverpool, his head battered in by blows of the sinister bronze hand, modeled from Rodin's original, which the victim prizes as his mascot. The tale thereafter is incessantly padded by the gabbling of the ship's passengers, false suspicions, circumstantial nonsense, precipitous love-making and the imbecile maundering of amateur sleuths.

--Review of The Bronze Hand, The Saturday Review of Literature, 20 February 1926

That is one of the most complete demolitions of a mystery novel in just over one hundred words that I have read. (My review of The Monogram Murders was much longer!)

For over three decades Carolyn Wells (1862-1942) was one of the most successful mystery writers in the United States.  One of John Dickson Carr's favorite mystery writers when he was an adolescent, Wells likely helped form in him his lifelong love of locked room problems. (Wells often had locked room problems in her mysteries, though unfortunately she almost invariably invokes secret passages in her solutions of them.)

After the Second World War Carr went prowling bookshops with Frederic Dannay of Ellery Queen fame, collecting all of Wells' mysteries; and he had them shipped to him after he returned to England. Unfortunately, when he started reading the books he found that, as so often happens, gauzy memory did not match reality. (However, he did have an early Thirties mystery, Poison in Jest, in which a hand--alabaster?--played a role, and also from this period a shipboard mystery, The Blind Barber, so maybe he had memories of Wells' The Bronze Hand?)

In Mysteries Unlocked: Essays in Honor of Douglas G. Greene, I contributed an essay on Wells that offered a more positive assessment than the one offered by Bill Pronzini in Gun in Cheek, his classic book on bad mystery fiction, but even I had to admit that most of the stuff she produced in the last twenty years of her mystery-writing career ranges from indifferent to dreadful.  I still maintain that in particular her novel Vicky Van (1918) has much merit, and G. K. Chesterton agreed, so there!

These are some of her earlier, and better, books, but it must be admitted that she produced a lot of extreme clunkers! See Gun in Cheek and "From the Sublime to the Ridiculous: The Fleming Stone Detective Novels of Carolyn Wells" in Mysteries Unlocked for more.
Posted by The Passing Tramp at 1:02 PM