Rudolph Belarski (1900-1983), one of the great names in twentieth-century pulp and paperback fiction art, was born at the turn of the century in the coal mining town of Dupont, Pennsylvania, the son of immigrants from Galicia (then part of Austria-Hungarian Empire). Belarski quit school at the age of twelve to work in the local mines. After a decade had passed he began taking mail-order art courses from the International Correspondence School of Scranton, Pennsylvania.

Soon after seriously taking up art Belarski moved to New York City to study at the Pratt Institute, from which he graduated in 1926.  He also taught at the school until 1933.  Two years later after leaving the school he began painting covers for pulp magazines published by Thrilling Publications.  After serving in the USO during World War Two he emerged as what David Saunders at pulpartists.com calls "the foremost paperback cover artist for Popular Library until 1951."

Rudolph Belarski unquestionably designed some of the most indelible banners of the post-WW2 paperback revolution.

One of my favorites by him is his cover for Fright, by George Hopley (Cornell Woolrich), a title which aptly designates Belarski's favored theme on his crime fiction paperback cover art. To be sure, this cover is somewhat exceptional, for the woman on the cover actually is dead, not in imminent danger of death; it is her murderer, a man, who is stricken with fright--quite pathologically--that his murder will out.

Usually on Belarski covers it's women who are the terrified ones, menaced by men. Occasionally a woman appears to strike back, and we see a male lying dead before her (see below the last cover, that for Rufus King's The Case of the Constant God, where the woman appears, mostly faceless, like some sort of dark, avenging angel).

On another cover (see the illustration above right) a blonde woman threatens a dark-haired woman. Whatever the variation, however, Rudolph Belarski provided memorable visions of sex and death in Cold War crime fiction.

Rufus King was one of the authors most favored with Belarski covers, and I will be reviewing a couple of these King crime novels this week. In the meantime, take a look at some of Belarski's work, mostly drawn here from non-hard-boiled crime fiction.

Also see previous posts on Arthur Hawkins, master of art deco mystery fiction jacket art, here and here.  And, since the cover of The Pink Umbrella Murder has been discussed so much below, see here for a review of the novel by Noah Stewart. 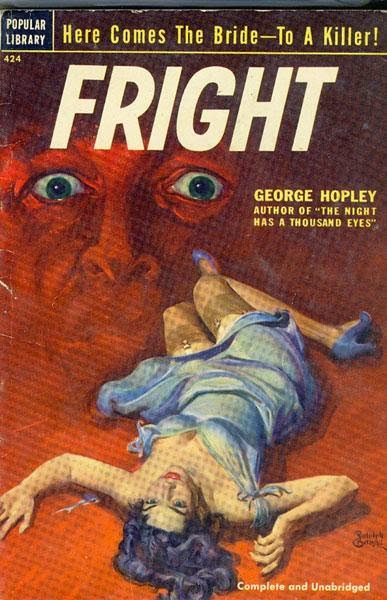 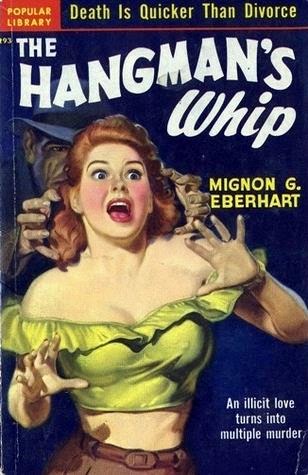 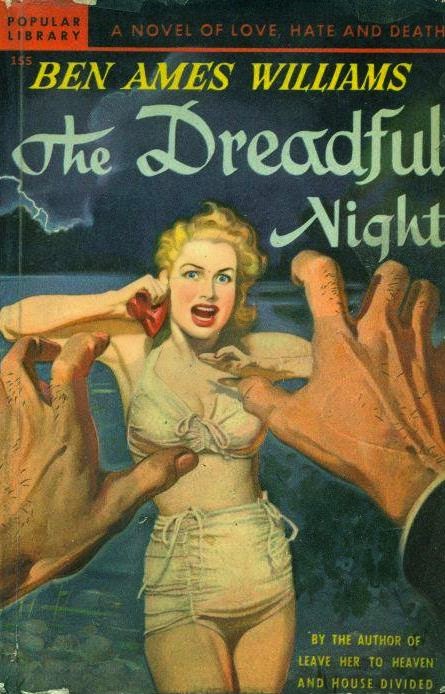 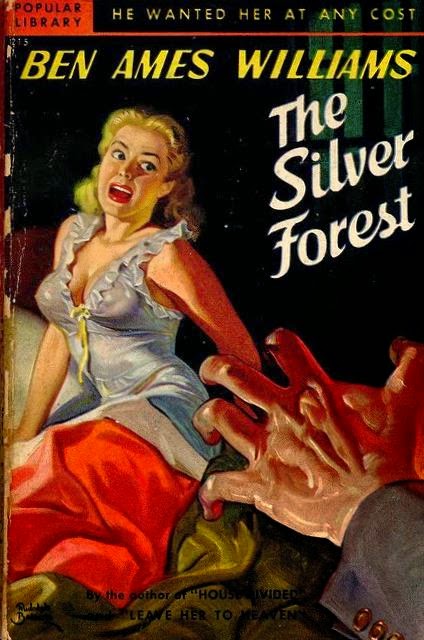 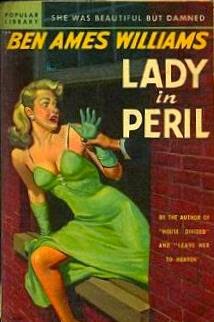 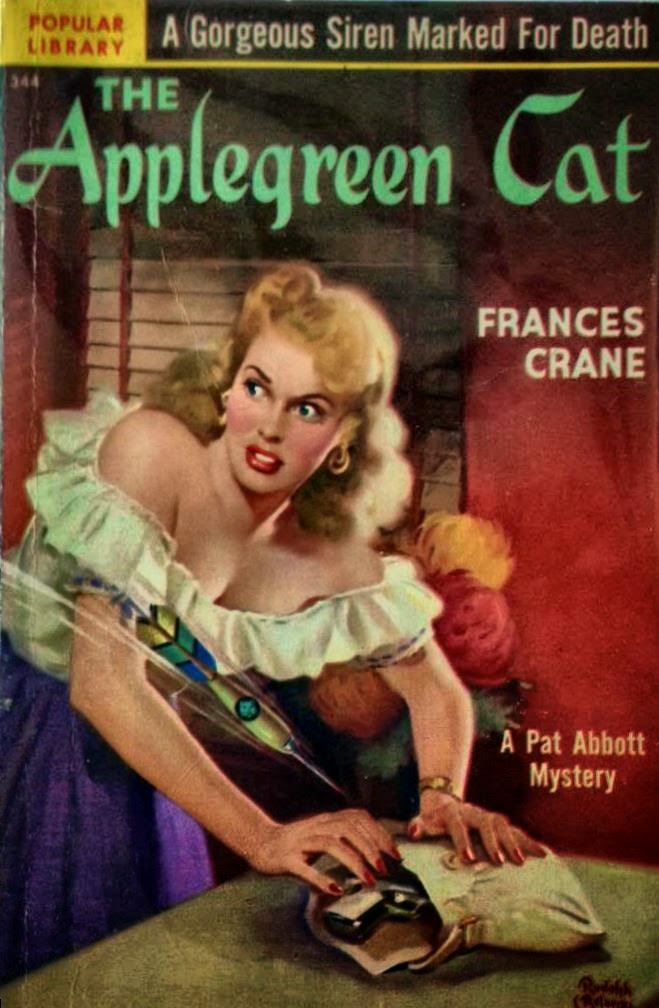 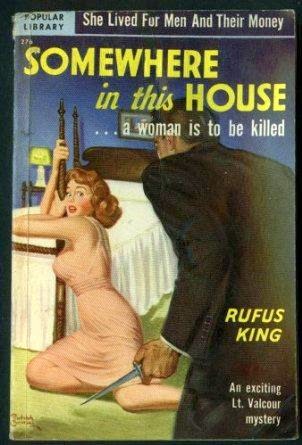 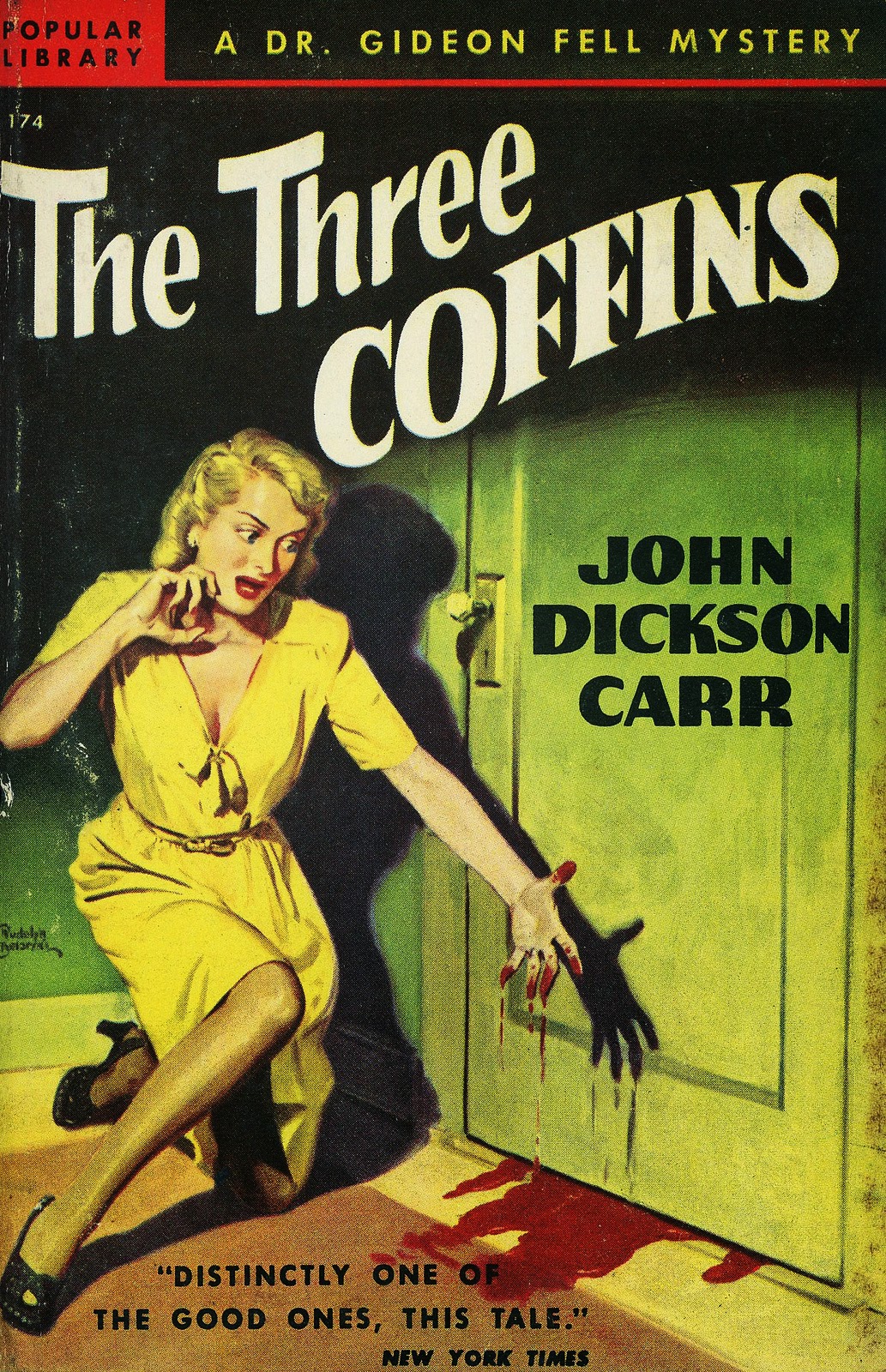 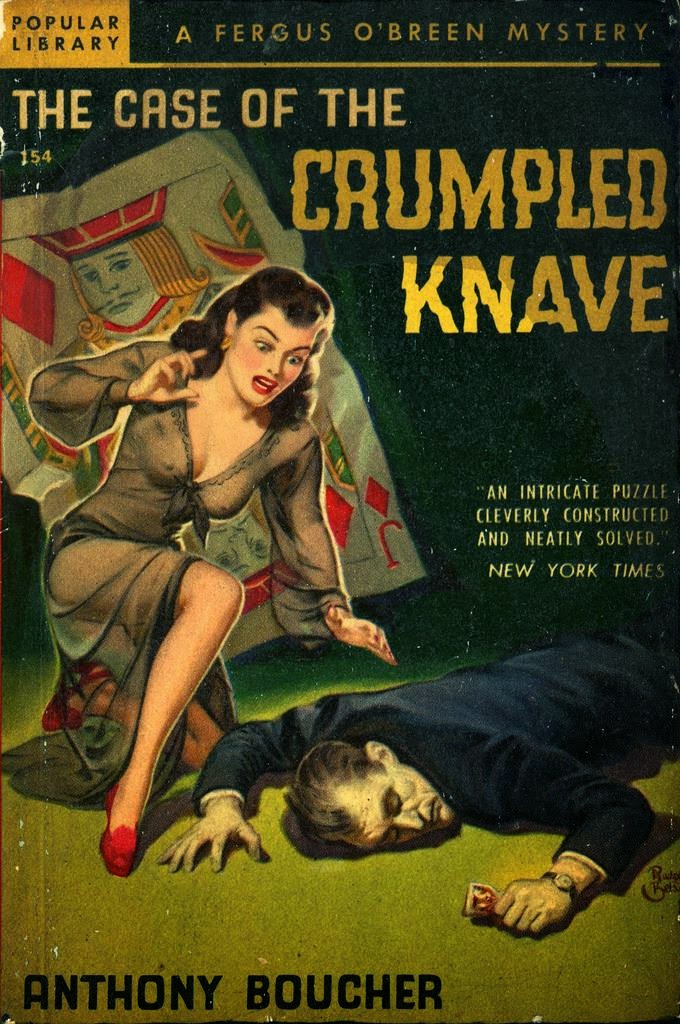 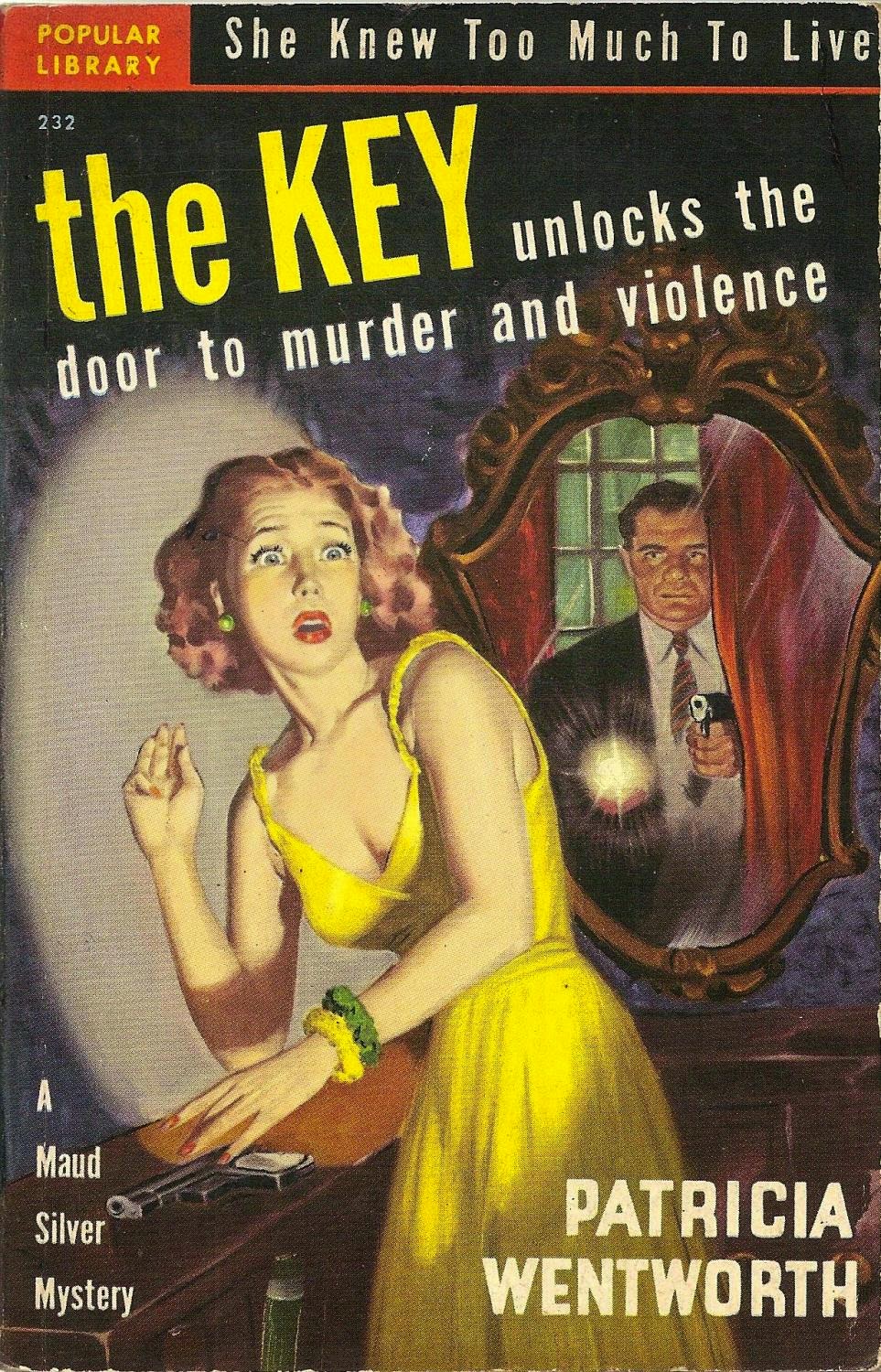 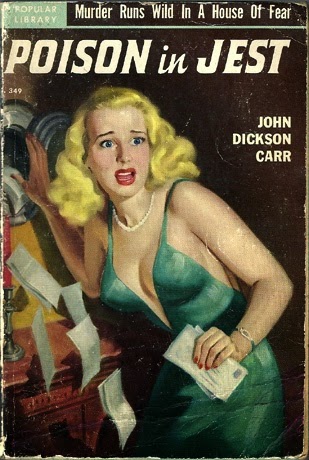 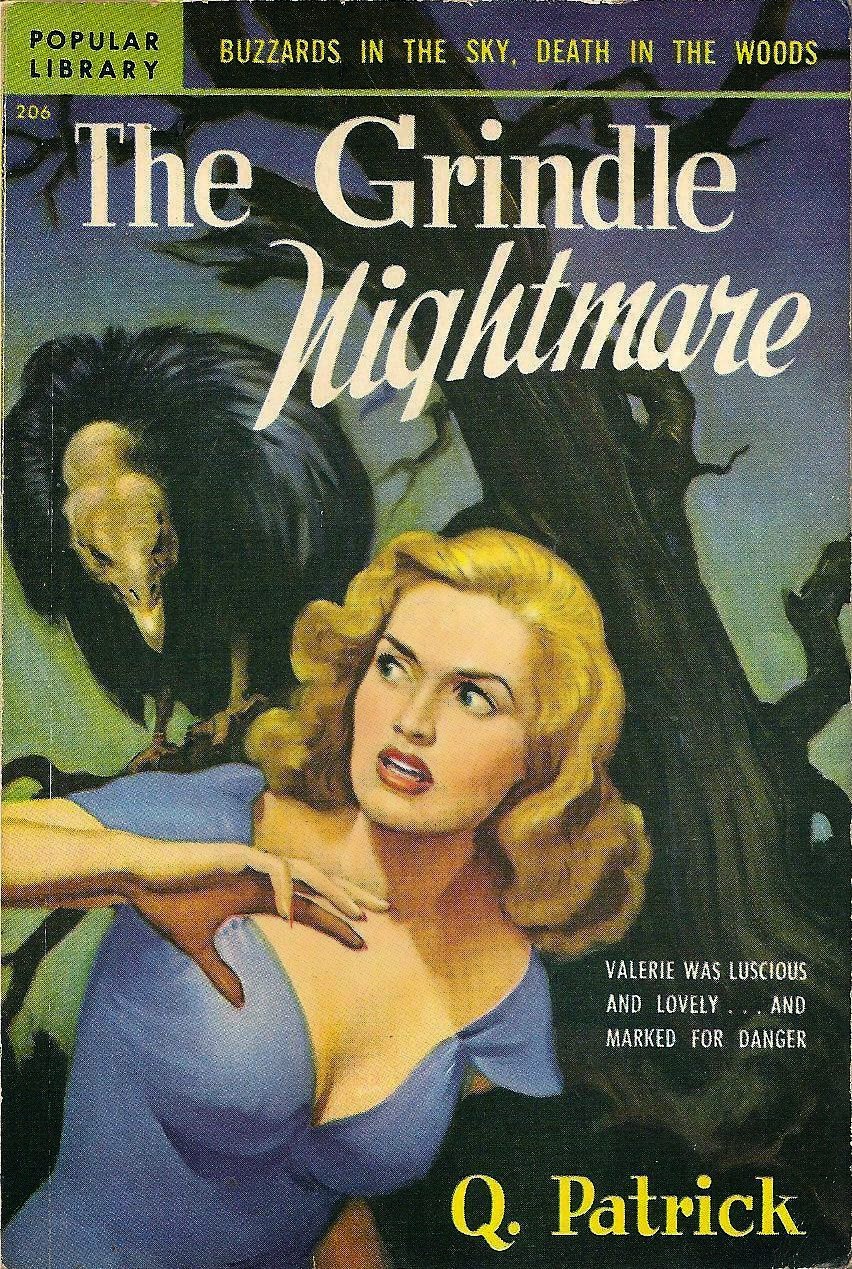 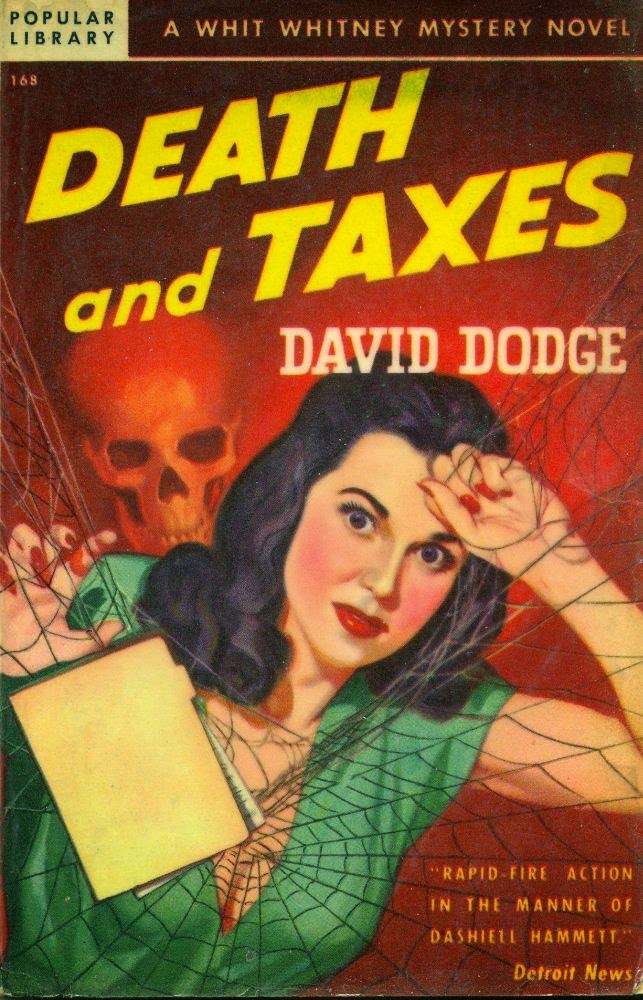 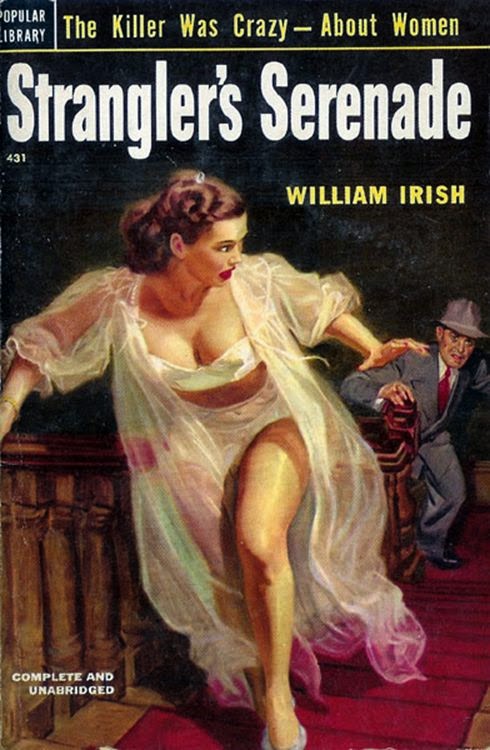 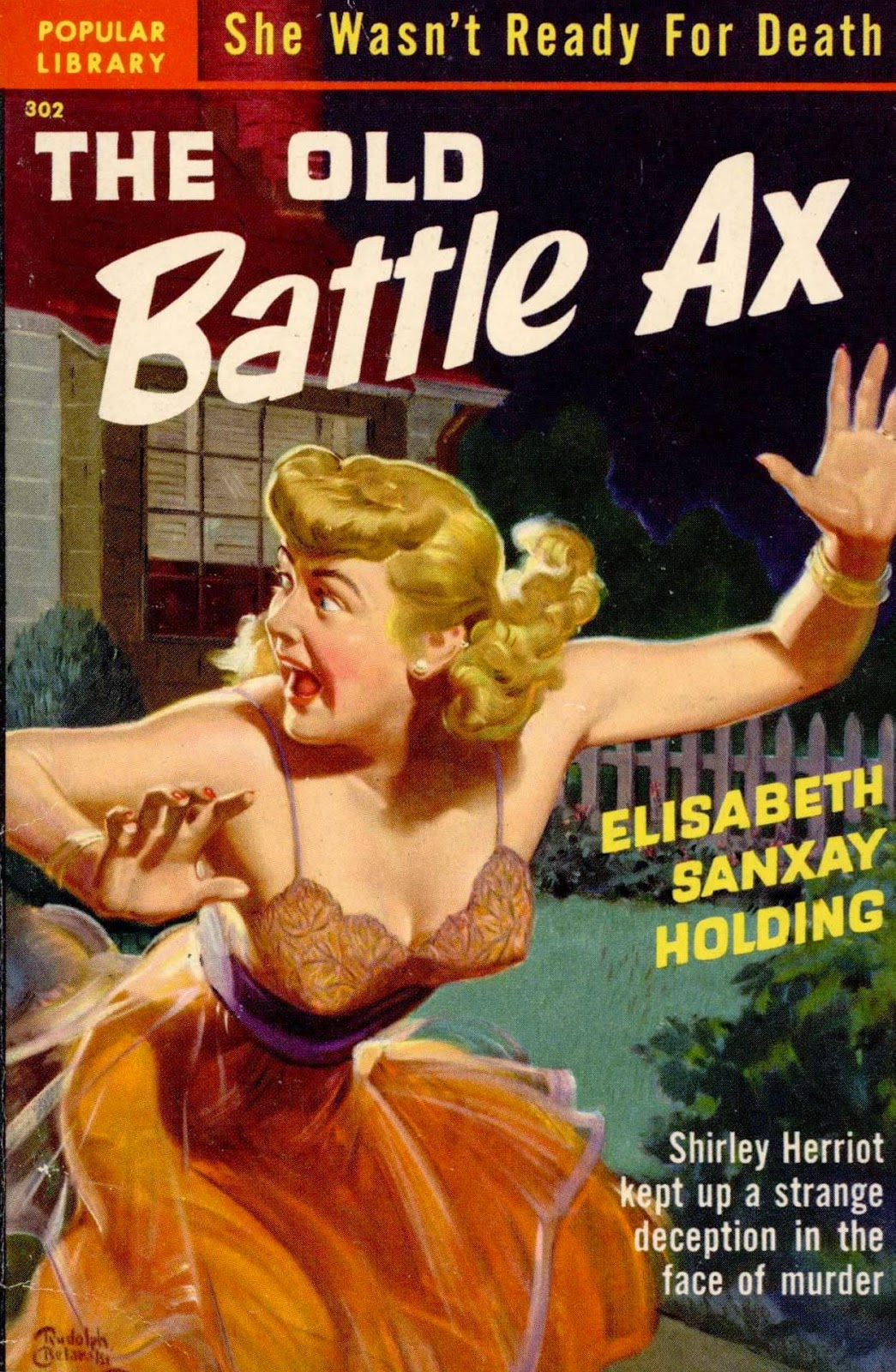 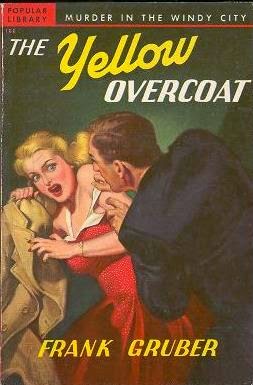 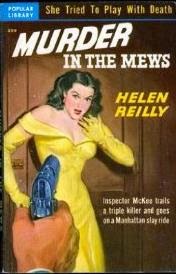 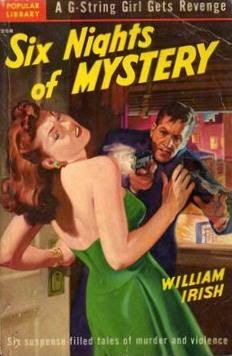 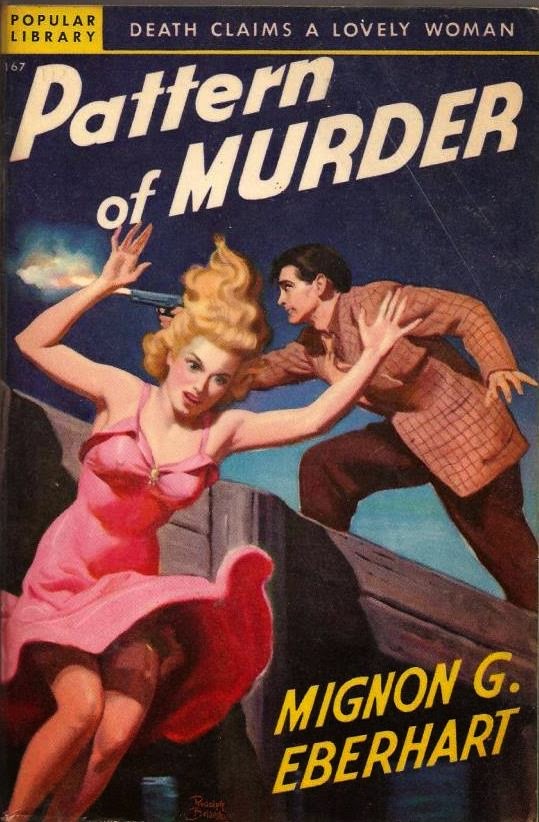 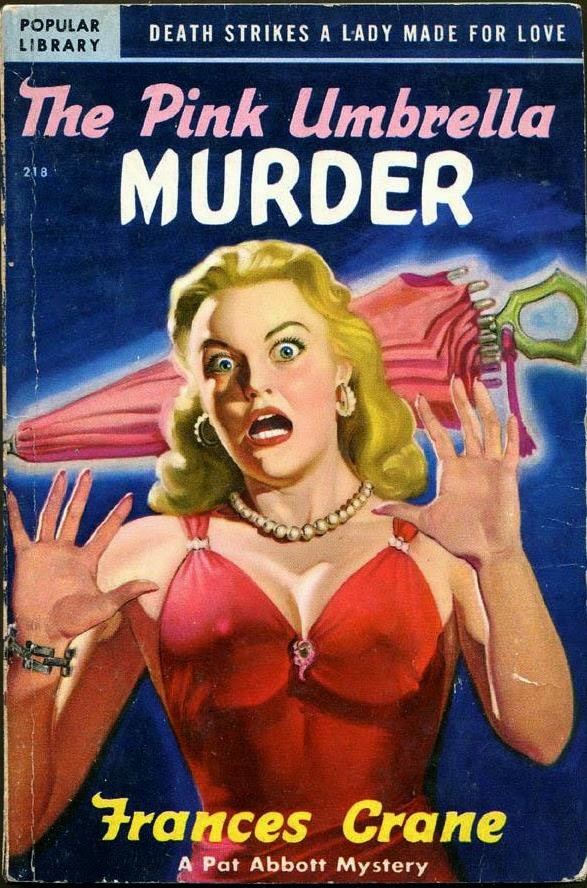 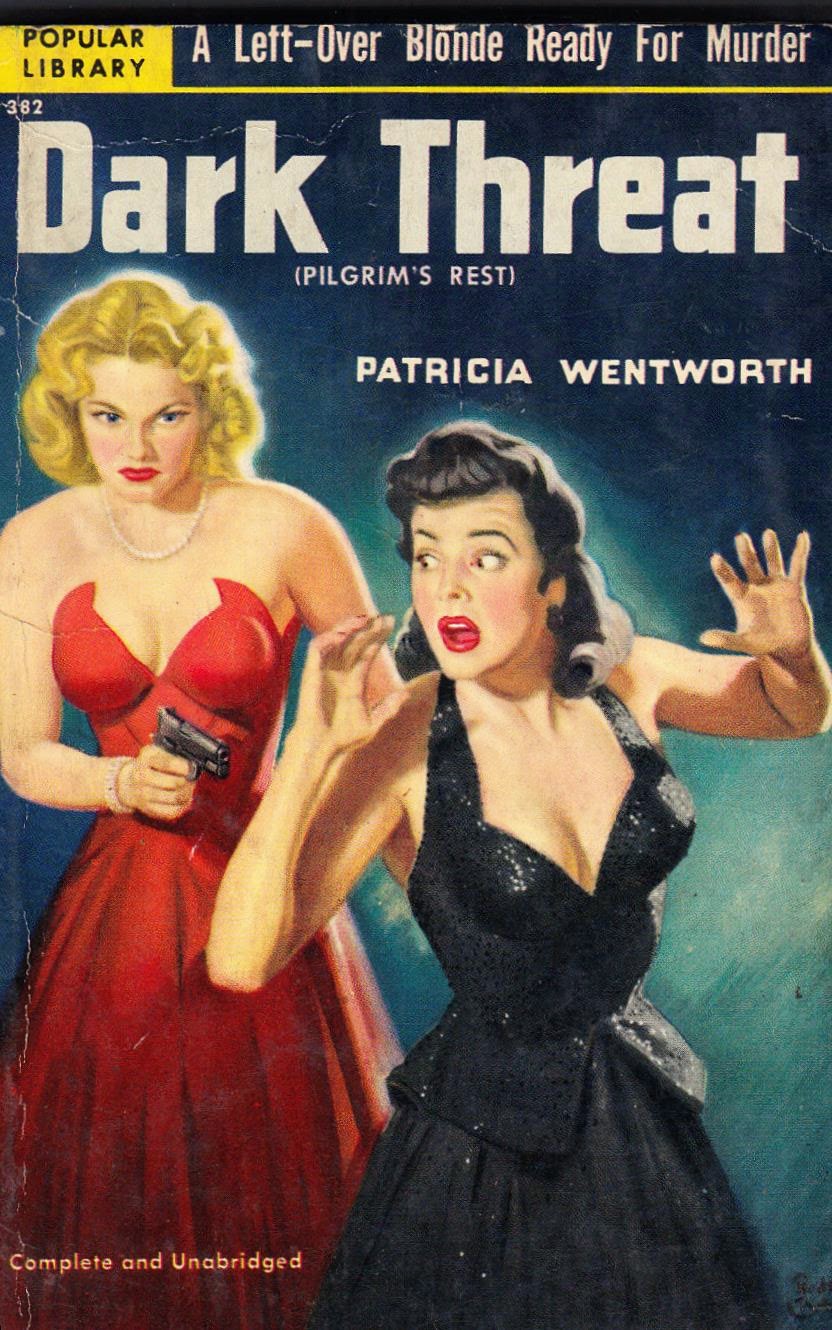 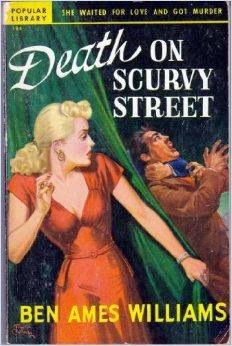 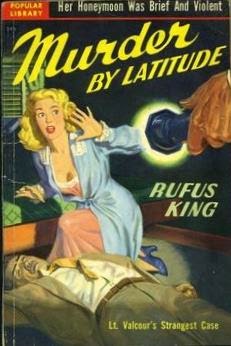 Posted by The Passing Tramp at 4:07 PM