Befogged: The Night of the Fog (1930), by Anthony Gilbert

The letters began coming during the bitter winter of 1929, when the country was fettered in the grip of a black frost, when houses were flooded and countless people homeless, and when the poor suffered untold misery and died in destitution.

Now there's a cozy opening for you, eh?

Anthony Gilbert (Lucy Beatrice Malleson, 1899-1973) is one of those detective fiction writers I have always found interesting, though until now I had not read what I would call a really "great" book by her.  She had the literary instincts of a mainstream writer and in addition to detective fiction she indeed wrote mainstream fiction, as well as some crime novels.  In 1936 she abandoned her early series sleuth, the elegant Liberal MP Scott Egerton, and replaced him with with Arthur Crook, the roguish Cockney defense attorney for whom she became best known.

Crook appeared in over fifty mysteries between 1936 and 1973, easily eclipsing the ten Egerton detective novels that appeared between 1927 and 1935.  Yet it was on the strength of the Egerton books that Gilbert was admitted to the Detection Club in 1933, and, in truth, from my reading the half-score of Egertons seem generally to offer readers more in the way of detection than the Crooks, which to me often seem to veer more into (though not completely) suspense territory.

In the fifth Scott Egerton mystery, The Night of the Fog (1930), I have found a Gilbert detective novel that has succeeded, in my estimation, on all counts.  It's an evocatively written tale with a memorable setting and some well-observed characters, and it also has meticulous detection and a very clever plot.  If I ever do a new list of recommended mysteries this is one that most definitely will go on it. 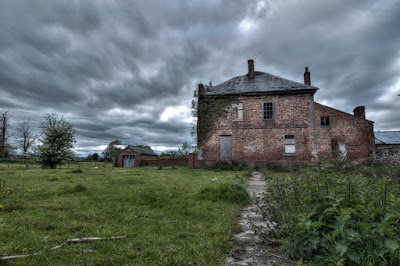 The novel is set mostly in rural England, primarily at the village of Queen's Wrotham and the moldering, candlelit manor house of Jasper Hilton, the tightfisted, morose and spiteful owner of much of the farmland round about, who is suspected of having murdered his wealthy wife a dozen years previously, though he doesn't spend any of her fortune.

Despised by his tenants, he begins receiving a series of anonymous letters threatening his life. Not having confidence in his estate manager nephew, Rolfe Hinton, who has never recovered from his experiences in the Great War, Jasper Hinton finds the money to hire a London detective, Thornton Peile, to get to the bottom of the matter of the poison pen letters.

Soon Peile finds himself embroiled in the roiling emotions of the Hinton household. Not only do Jasper and Rolfe Hinton despise each other, Rolfe is intensely suspicious of the relationship his lovely wife Leslie has with the local doctor, Gilbert Cheyne. Peile solves the mystery of the poison pen letters to his satisfaction and departs, but this doesn't save Jasper Hinton's life.

After Jasper is found stabbed to death in his own fog-enshrouded home, evidence points to both Rolfe Hinton and Gilbert Cheyne as the culprit; and there are a number of additional suspicious characters in play too, including servants, villagers and an impassioned leftist dogood "foreigner" named Mary Carstairs, who was trying to stir up the locals against the manifold iniquities committed by Jasper Hinton. 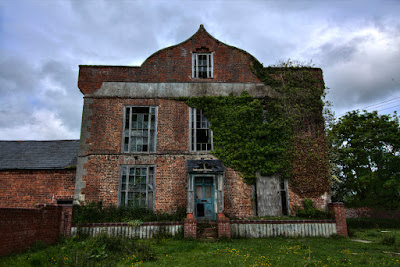 In the novel Peile, alternating with an ambitious local policeman named Cavendish, functions as the lead investigator for much of the story--though Gilbert's sleuth Scott Egerton ultimately plays a crucial, if admittedly rather distant, role, in a way that reminded me of Hercule Poirot in some of Agatha Christie's later mysteries, like The Clocks.

I think Gilbert may already have been finding the series amateur sleuth something of a fifth wheel in her narratives, although, interestingly, Scott Egerton actually preceded the sleuths of Dorothy L. Sayers, Ngaio Marsh and Margery Allingham in falling in love with a suspect in a case (his first, Tragedy at Freyne, 1927), marrying her and siring offspring; so one can make the case, I think, that Egerton, though forgotten, has historical significance within the genre.

Yet Gilbert seems to have been more interested in portraying her suspects' inner emotional turmoil than in detailing the personal lives of her series sleuths--perhaps this is one reason she never had the staying power of the Crime Queens after her death in 1973. (Arthur Crook has less of a developed personal life than Scott Egerton as I recollect.) Back during the Golden Age probably few people read Gilbert primarily to get the latest news on Scott Egerton, his wife Rosemary and their bouncing baby boy.

Be that as it may, Gilbert's concern with the cruelly blighted lives of the downtrodden--something to which I referred in an earlier blog piece where I proposed that Gilbert completed Annie Haynes' unfinished mystery The Crystal Beads Murder (published in 1930, the same year as The Night of the Fog)--is a quality that should appeal today to the devoted student of Golden Age detective fiction.

I have long argued that Julian Symons oversimplified the history of the Golden Age in arguing that social justice was a concern that essentially went unvoiced in fiction of that era by traditional English mystery writers. Gilbert in fact stands out among the many English mystery writers of that time for the empathy she expressed for the plight of society's unfortunates.

A supporter, like her Detection Club colleague E. R. Punshon, of the British Liberal party, Gilbert put no small degree of her political and social preoccupations into her writing; and for me this gives her book added interest.

When Julian Symons wrote in Bloody Murder that "the social values taken for granted by Sayers, Christie, Rinehart" were reflected in the work of other writers he need not discuss, like Anthony Gilbert, Georgette Heyer, Mignon Eberhart, Elizabeth Daly and Helen Reilly  (it's suggestive of the critic's gender-based assumptions, in my view, that all these examples of "conservative" Golden Age authors are women writers), he surely was right about some of the authors, but not Anthony Gilbert.  I can't think of two British writers working within the classical tradition in the 1930s who were more different in tone than, say, Anthony Gilbert and Georgette Heyer.

But even if you aren't drawn in by the bleak social detail in The Night of the Fog, you should enjoy the clever plot and gripping narrative.  It is a most engrossing tale, on multiple levels. Unfortunately, it seems to be available in a modern edition neither in the US or UK, though a number of Anthony Gilbert's novels have been reprinted in the UK by Orion Books' The Murder Room imprint.  Perhaps its turn will come.

Update 8/13: It now looks like Orion will be release its new edition of The Night of the Fog in the UK in December.  Good news!