Could Agatha Christie have been the mystery writer who completed Annie Haynes' The Crystal Beads Murder, left unfinished when Haynes died at the age of 63 in 1929? 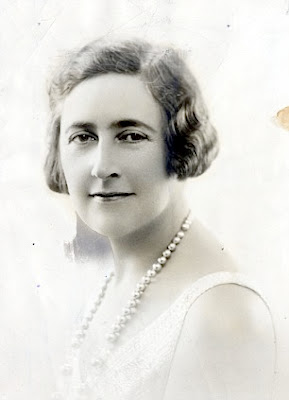 Christie hit a rough spot creatively in the aftermath of her apparent nervous breakdown and disappearance in late 1926.  In 1927 and 1928 she published what she considered two of her worst books, The Big Four and The Mystery of the Blue Train. (Most people seem to concur with her about The Big Four, at least.)

By 1929, however, she was coming out of this bad patch.  She published The Seven Dials Mystery, which I personally think holds up well today, and had written some Tommy and Tuppence and Miss Marple short stories, rather delightfully jolly and keen affairs respectively. Would she have found time to complete Annie Haynes' unfinished mystery?  And, if so, would she have had any inclination to do so?

Annie Haynes's publisher, The Bodley Head, published Christie's first five novels, between 1920 and 1925.  Yet Christie left The Bodley Head in 1926, after considerable acrimony, jumping ship with The Murder of Roger of Ackroyd to Collins and sticking it out with them for the next half-century.  I have a hard time believing that Christie in 1929-30 would have wanted to have had anything to do with The Bodley Head.

Also, had Christie completed The Crystal Beads Murder, it's hard for me to believe that we wouldn't know this by now, with all the people who have intensively researched her life and works, like John Curran.

Conclusion: On the whole Christie seems unlikely.
Posted by The Passing Tramp at 11:49 PM