The Stately Homes of Patricia Wentworth

Popular and prolific Golden Age mystery writer Patricia Wentworth (1877-1961; her birth year usually is given as 1878 but appears to be have been 1877) was born in India, daughter to a  prominent military family, but she spent many of her childhood years in England, where for part of the 1880s and 1890s she resided at Lennox House, her grandmother's large home in Blackheath, and attended the recently-founded Blackheath High School for Girls. 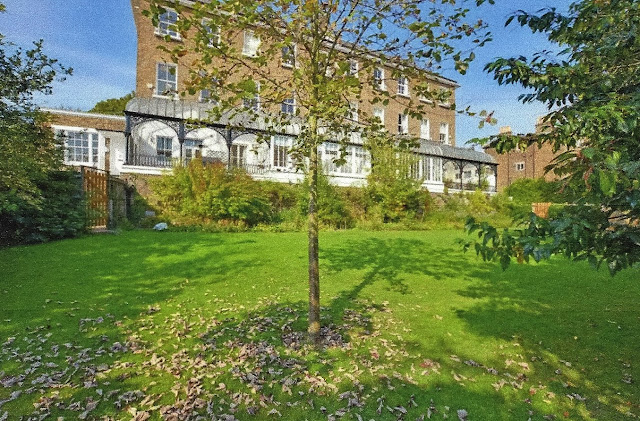 Many years later Wentworth and her second husband, George Turnbull (1877-1970), resided at Camberley, Surrey, from 1936 until Wentworth's death in 1961 making their home at stylish Heatherglade House. 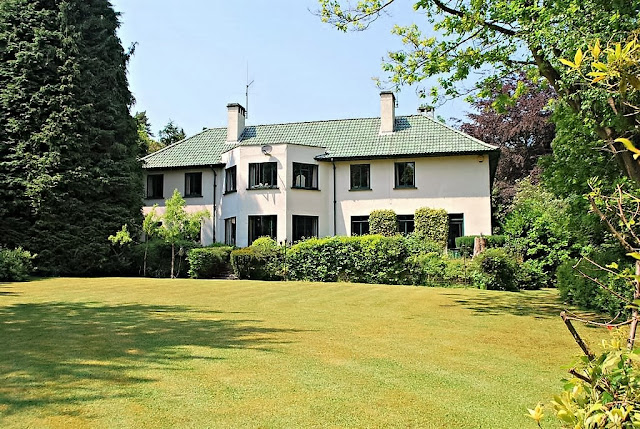 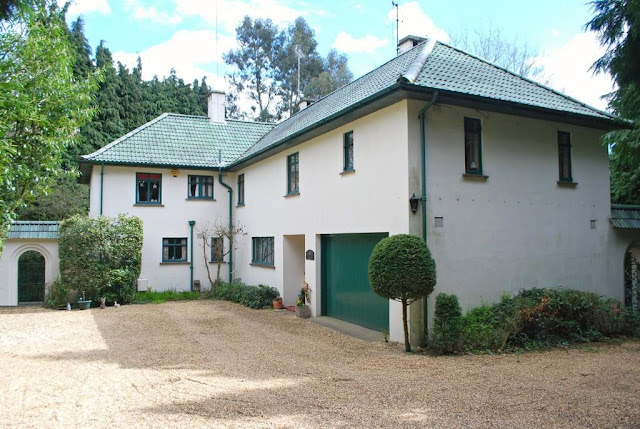 In addition to the room shown above, there was a study, kitchen, breakfast room and garage on the first floor and six additional bedrooms above.  Plus, unlike some of those houses you see on floor plans in Golden Age mysteries, there were bathrooms!  If there had been a ballroom and billiard room you could have staged Cluedo (aka Clue) here.

Here Patricia Wentworth wrote some forty of her sixty-five mystery novels, including all her Miss Silver Detective novels (outside of the first, Grey Mask), including two of my favorites, Miss Silver Comes to Stay (1949) and The Watersplash (1951).
Posted by The Passing Tramp at 10:59 PM