Give me the city editor quick!...A German submarine is shelling a tug right in front of my cottage. Sure I can see it.  There goes another shell--can't you hear the guns?  The barges are being raked with machine guns.  Boats are pulling away.  Some of the crew are wounded; I must go to help them. Stand by and I'll call you later. 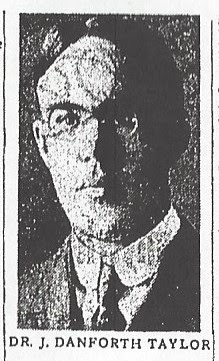 In her review of Phoebe Atwood Taylor's [henceforth PAT] Asey Mayo detective novel The Criminal C. O. D., published a year before American entry into the Second World War, Kate Jackson at Cross Examining Crime mentions that two characters in the novel "apparently pulled a prank on the coast guard about sighting a German submarine." Mention of German subs is made in additional wartime PAT crime novels as well. (I will let readers see for themselves.)

German subs lurking off the coast of Cape Cod? All a figment of the fertile fiction-writing mind of PAT?

Wa-el, as Asey Mayo might say, in fact there is an interesting story here, from PAT's very own family.

During the First World War, on July 21, 1918, PAT's physician father, J. Danforth Taylor--who will be recalled from my previous post--was right on the spot at his summer cottage above Nauset beach in Orleans, Cape Cod when a German U-Boat sent shells harmlessly but frighteningly into the beach. More seriously, the sub, U-156, sank a tug boat and four barges off the coast.  Orleans became the only location in the United States to come under fire during the First World War.


In this crisis Dr. Taylor did what any other quick-thinking, red-blooded American surely would have done: he got on the phone to report the event to a newspaper in Boston.  His initial comments are quoted above.  He called back later in the day with more war news:

The tug has listed and is still burning....The barges are drifting and one is sinking.  I can see a man still clinging to the stern.  Capt. Ainsleigh of the barge Lansford was wounded by splinters and I have attended him and the other wounded.  Capt. Ainsleigh has his wife and two children with him.  His eleven-year-old son saved the American flag from the barge and brought it ashore....Wait a minute, I hear more firing.  Say, we can see the sub very plain now.  It has come in closer, between the barges, shooting in every direction.  Lots of the shells are landing in the surf and some in the sand dunes. Wait--yes, siree! here comes a plane.  It must be from the Chatham Air Station.  I am going out to see the Navy sink that sub. 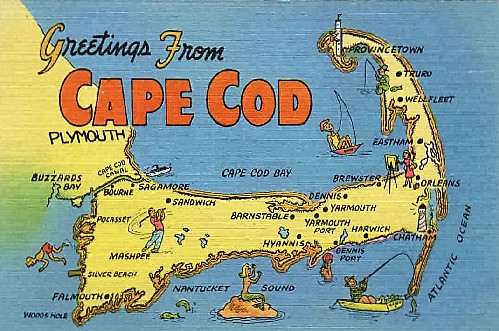 The patriotic Dr. Taylor was overconfident with that last sentiment, however.  The bombs failed and the U-Boat made its escape. No one had been killed in the affray and the nation soon moved on to other, graver war news; but certainly the event was recalled by Cape Codders, including PAT, when, two decades later, German subs again prowled the Atlantic Ocean.  It seems likely that a nine-year-old PAT was present at the Orleans cottage that eventful summer day, though newspaper accounts do not mention her.

The Boston paper that Dr. Taylor phoned that day, the Globe, got a great scoop out of the story, of course, and was duly grateful to the doctor, sending him the very next day a check for $150 and a box of expensive cigars.  No smoker himself, the doctor gave the cigars to the local men who had helped rescue the wounded sailors.  One Cape codger tried one of them for a few seconds, then drawled, just like a crusty character in a PAT novel, "Pretty good cigar, Doc, but I like my 2-for-5-stogies better."
Posted by The Passing Tramp at 1:21 AM