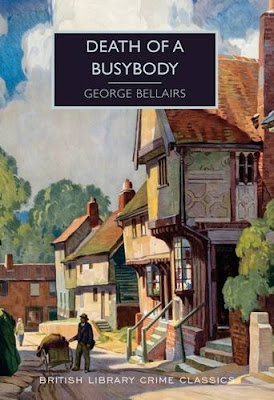 Later this year the British Library will be reissuing three mystery titles by George Bellairs: The Dead Shall Be Raised (Murder Will Speak in the US), Murder of a Quack and Death of a Busybody.

Earlier on this blog I reviewed, admittedly quite unfavorably, the ninth Bellairs mystery, Death in the Night Watches, but the immediately previous Bellairs title, Calamity at Harwood, is much better and, in fact, most of the earliest (wartime) Bellairs titles were well-praised by contemporary reviewers.

I happen to own most of these books and plan to review some additional titles this year.  Meanwhile, enjoy these dust jackets from earlier American editions that I am posting below.

And listed here are the first 18 Bellairs crime titles.  He published 40 more through 1980, plus 4 under a pen name, Hilary Landon. (His real name was Harold Blundell, by the way.)

62 mysteries in 40 years makes this author quite a prolific producer!  In the US he has been reprinted in eBook form by Mysterious Press/Open Road. 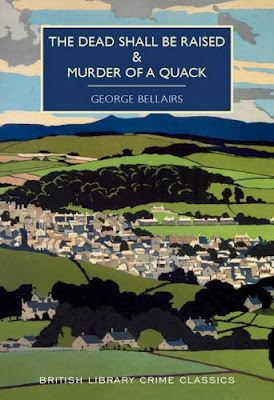 Personally, I think you have to give credit to a man who dared to title a mystery The Case of the Demented Spiv. 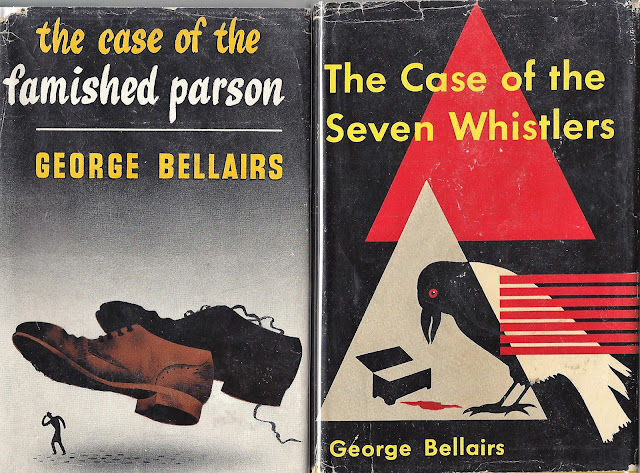 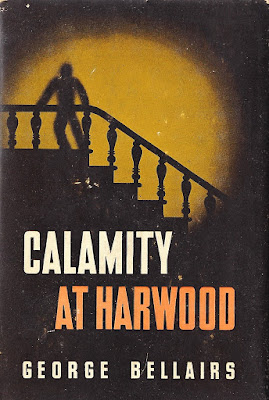 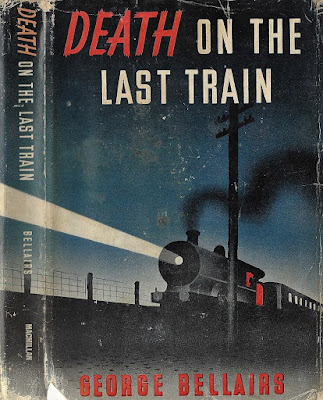 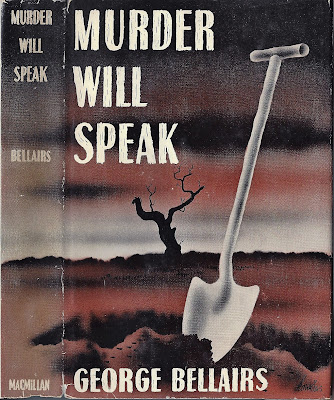 Posted by The Passing Tramp at 3:32 AM