About the time I began actually writing Masters of the "Humdrum" Mystery, I wrote a letter--the old-fashioned kind--to British crime writer H. R. F. Keating, asking him about his fiction reading as a young man. (Having been born in 1926, Keating was one of the now much-diminished company of readers who perused mystery fiction between-the-wars, during its Golden Age.)  I already knew that he and his mother had read not only Dorothy L. Sayers, but Gladys Mitchell and E. R. Punshon, and that they had liked crime writers like these, who produced works with with color and background. (Another writer with vim whom he got to enjoy later on in the 1940s, when he was a teenager, was Michael Innes.)

I also asked Keating about the Humdrums themselves: the plain, puzzle-oriented writers whom his friend and colleague, the late crime writer, Julian Symons had somewhat disparaged with that term in Bloody Murder, Symons' critical tome on mystery fiction. The esteemed English professor and literary critic Jacques Barzun, a great "Humdrums" advocate, had crossed swords with Symons on the subject numerous times; Keating, who had also written mystery criticism, hewed more closely to Symons, though more gently and genially.  (I discuss the views of all three of these men in Masters.)

In his reply to my letter Keating advised me to drop "Humdrums" from the title (off-putting word, as Symons well knew) or, if I must keep it, to change it to something obviously affirmative, indeed celebratory, like "Hurrah for the Humdrums."  Of course I must admit that I couldn't quite envision an academic book, which I intended my book to be, being titled "Hurrah for the Humdrums," though the title seemed appropriate coming from Keating, a man of genial good humor.

I did change my proposed title to "Mere Puzzles."  However, with an irony which Keating (who had an amused eye for odd turns) would have appreciated, when my book was published in 2012, it carried just the title I had mentioned to Keating, Masters of the "Humdrum" Mystery. There just was no keeping that title down, evidently! ("Mere Puzzles" survived as the title to the book's introduction, with a question mark following the two words.) Since some people have told me the title was a mistake, while others have claimed I had cleverly reclaimed the word "Humdrum" as a positive virtue. (Keating died in 2011 at the age of 84, so sadly I could not get his opinion of the matter.)

In just the last four years since Masters was published there has been such a popular reevaluation of Golden Age mystery that the old arguments pitting Golden Age "detective stories" against modern-day "crime novels" already seem less relevant, but nevertheless this debate was an important part of mystery genre criticism for many decades, as post-Golden Age authors and critics responded to what we might call the clue-puzzle aesthetic, which cast a gigantic shadow over the Golden Age and beyond.  Many crime writers wanted to shake off what they perceived as the dead hand of the past, to move beyond the "mere puzzle" into the world of the mainstream novel.

Keating was one of the more notable members of the generation of British post-GA writers, born after the First World War and before the Second (many of whom have, like Keating, now passed away: P. D. James, 1920-2014, Margraret Yorke, 1924-2012, Ruth Rendell, 1930-2015, Reginald Hill, 1936-2012, Robert Barnard, 1936-2013).  Like James, Rendell, Hill and Yorke, Keating over his long writing career grew restive with the puzzle, though in many of his mysteries he adhered to the "rules" of classic detective fiction, constructing clued problems for readers to try to work through themselves.

Keating published his first detective novel in 1959, but it was not until 1964, with the appearance of The Perfect Murder, that he introduced the series character for whom he would become best known: the Indian police investigator Inspector Ganesh Ghote ("Go-tay"). The Perfect Murder became one of those books which every neophyte mystery author hopes to write.  It won the Gold Dagger from the UK's Crime Writers' Association and was nominated for an Edgar by the Mystery Writers of America (I had long been under the impression that it won the Edgar too, but it didn't, losing to Adam Hall's The Quiller Memorandum; that's okay, though, Ross Macdonald's The Far Side of the Dollar lost that year as well.) 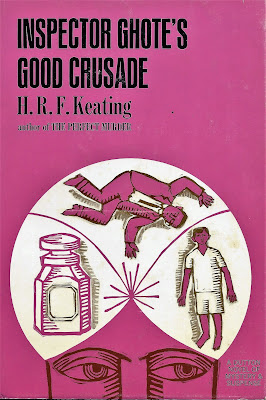 Keating originally had seen the Ghote novel as a one-shot affair, but the popular and critical response to the novel convinced him to start a Ghote series, and in 1966 there appeared Inspector Ghote's Good Crusade, the second in what would become a series of 25 novels, published over a 45-year period between 1964 and 2009.

Although the Ghote books never took off in paperback in the US, they were great sellers in the UK and elsewhere (including India, I understand) and they made Keating's name as a mystery writer, though he continued to publish non-Ghote crime novels as well.

At the time of its publication The Perfect Murder received a rave review from Anthony Boucher, dean of American mystery critics, who declared, in the parlance of the day, that Keating was a "suspense novelist" who to the critic's joy "sounds like absolutely no one but himself."

The Perfect Murder in his view was a "beautifully plotted mystery" which painted a "lively and sympathetic picture of the new India" and was a "charming, often very funny, and sometimes touching novel."  He pleaded for more "as soon as possible."

Thus it must have been a little disappointing to Keating that when Ghote's Good Crusade duly arrived a couple of years later, Boucher pronounced himself disappointed with it: "Keating has tried to stretch a rather clever short story, about the arsenic poisoning of an American philanthropist in Bombay, to novel length....The result is readable and often very entertaining, but the materials for a book--in characters, in plotting, in substance--are not there." 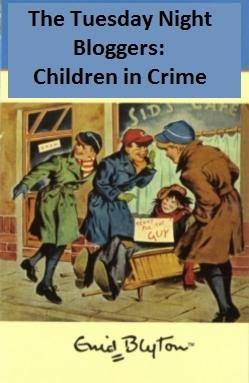 Given that pail of cold water, why am I reviewing the novel here, you might ask?  Well, for one thing, this is my contribution this week to the Tuesday Club, this month's subject being children in mysteries.  And, secondly, as was so often the case, Jacques Barzun's (and his friend and colleague Wendell Hertig Taylor's) estimation of the novel diverged considerably from Boucher's.

In Barzun and Taylor's A Catalogue of Crime, it is written of Ghote's Good Crusade:

The little Indian inspector, a somewhat downtrodden figure, has to match his wits against an interesting group of suspects at a Foundation for the Care of Juvenile Vagrants.  The head has been poisoned with arsenic, and Ghote does a good job of [solving the crime], despite run-ins with the supercilious woman physician of the foundation and with a goodly number of the amusing vagrants. The motive for the crime is credible, which does not always happen.

I agree more with Barzun/Taylor than Boucher here.  The mystery plot, which turns on poisoning mechanics, is interesting, even though Boucher felt it was stretched.  (Incidentally, the main deception gambit is similar to something found in a good longish short story by G. D. H. and Margaret Cole.) Additionally, Inspector Ghote's struggles throughout the series to "do the right thing" amidst conflicting pressures always makes engrossing reading for me.

Here Ghote is being strongly advised, let us say, to pin the murder on a notorious criminal, though this man may not actually be guilty. As always, local color is entertaining (it's literally local color at the climax of the novel, which takes place during Holi, the Hindu festival of colors), even though at this time Keating was still getting all of his knowledge about India from books.  (The author did not make his first visit to India until the 1970s.)  Above all, there is interesting philosophical speculation about the motives behind charitable endeavor, which Keating dovetails neatly with Ghote's personal story, the story of his "good crusade." 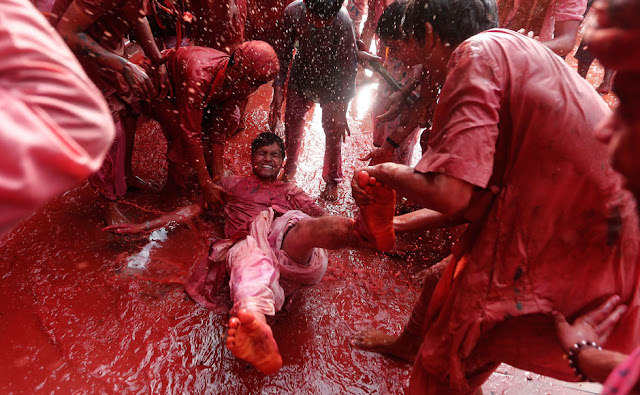 What about the "vagrant" boys, the object of the philanthropy of Frank Masters, the wealthy murdered American?  We only ever learn the names of two of them, who, taking cue from Golden Age American adventure and gangster films, go by the appellations "Tarzan" and "Edward G. Robinson."  The latter boy has the only speaking role of any of the children, being group leader, but as a character he is memorable, as are Ghote's attempts to deal with him as an important witness in the case.  Ghote thinks to himself:

What had he been himself at such an age?  Nothing like as serious as he was now....

He remembered himself running one day at the tail end of some political procession.  He had had little idea of what it was all about.  It had been enough that it was a chance to make all the noise he could.  To run with his shirt tails flying and his bare feet shooting up the dust behind him, to wave a ragged piece of flag and to shout the worst insults he could think of at anyone who looked staid enough....

This is an excellent crime novel by a man of wry insight and humane wisdom. 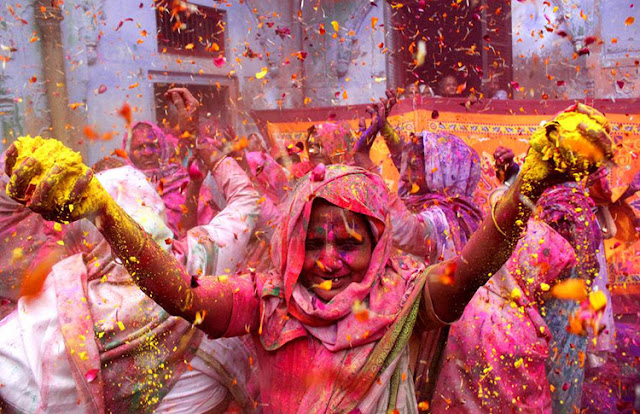 Posted by The Passing Tramp at 1:55 PM