"I am a policeman":The Contentious Case of Constable Callingham and the Criminals Crutchey and Colwell

From the Minutes of the Central Criminal Court, London (Old Bailey), 1 January 1838:

WILLIAM JENNINGS and ANNE COLWELL were indicted for assaulting Mary Anne Matthews, on the 27th of December [1837], at St. George the Martyr, Southwark, and robbing her of one shawl, value 2s., 3/4 of a yard of silk, value 2d., 1 purse, value 2d, and 2s., the goods and monies of George Matthews; and immediately before and at the time of such robbery beating and striking her.

I am the wife of George Matthews and live in Pitt Street, Old Kent Road.

I was at the Bull Public House, in the Dover Road, on the 27th of December--both the prisoners were there with other people--I left the house about a quarter past seven o'clock--I was rather the worse for liquor--I had sufficient recollection to know what happened--the private door of my house is in William street--the front door goes into Pitt Street--when I got to my door in William Street I observed the prisoners but not till they struck me on the head--Jennings came up and struck me first on the head with his crutch--(he is lame and walks with a crutch)--it broke the comb in my head--he then put his hand into my pocket, and took out 2s. in my purse; and he took a piece of silk out, about three-quarters of a yard, which I used for a handkerchief--the woman took the shawl off my shoulders at the same time--

--they went away afterwards, but I was so frightened I scarcely knew they went--I ran indoors and screamed out, as I was so frightened--I had known the woman sometime before by sight, but never saw the man before--I daresay they were half an hour in the public house before this happened--I saw my piece of red silk and shawl again at Union Hall [the Surrey Magistrates Court].

Q. Did you not give me the handkerchief off your neck?  A.  I never saw you before--I never gave you the silk--you did not pawn you own handkerchief to get beer with for me. 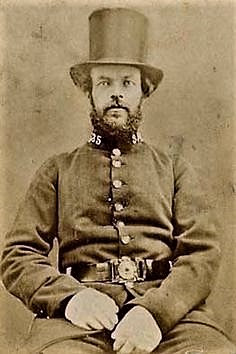 John Coles.
I am a policeman.  I was on Dover Road, on Wednesday evening, the 27th of December, about seven o'clock, and saw the prosecutrix [P] come out of the Bull, rather the worse for liquor, followed by the prisoners,--I asked Colwell if she knew where P lived--she said she lived at No. 5, Pitt Street, Old Kent Road--that was correct--she did not say why she was following her--there were two other persons there with the prisoners--they left them at their Sunday toll--the prisoners continued to follow her to the end of my beat, in the New Kent Road--that was not one hundred yards from where she was robbed.

I apprehended Colwell, at No. 16, Ann's Place, Kent Street--I said, "Ann, I want you"--she said, "Oh, Crutchey is coming"--the male prisoner is called Crutchey about the street--I said I want you for robbing  awoman in Pitt Street, and asked where the shawl and purse were--she said she knew nothing about the purse, but the shawl was pawned at the top of Kent Street, in the name of Johnson, for 1s.--I went there and found it.
Samuel Hobell.

I am a pawnbroker, and live in White Street, St. George's.  I produce a shawl, which was pawned on the 28th of December, in the name of Ann Johnson, 7 George Street.  I cannot positively swear who by. 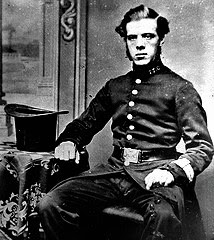 I am a policeman.  I apprehended Jennings on Friday the 29th, at the Black Horse, Kent Road, in the tap room.  I beckoned to him, and told him I wanted to speak to him, and said, "I suppose you have heard what for?"--he said, "Heard What?"--I found this piece of silk round his neck, which P claims.

This is my piece of silk, and the shawl is mine, and the same I lost in company with the prisoners.

She gave me the piece of silk to put round my neck, while she sold my own handkerchief to get liquor.  Witness.  There is no truth in it--I did not allow him to have it in exchange for pawning his handkerchief.  He took it out of my pocket.

She took her shawl off her neck, and gave it to me to pawn.  Witness.  I never did.

13 years later, the woman who likely was Anne Matthews, Prosecutrix in the case, was living with her husband, George, a barman, at 26 Melior Street, Southwark.

Ann and George had no children living with them, though Ann was 44 and George 42.  Quite probably Ann's maiden name was Taylor, and she had married George in 1835, just a few years before the attack committed upon her by Jennings and Colwell, when she was around 30 years old.  The couple was still living together in 1871, still in St. George the Martyr, Southwark.  Were Jennings and Colwell still in Australia, having served their penal terms?

And, wherever they were, had the pair, like a rather more notorious and transgressive ill-doer, Constance Kent--redeemed themselves before the eyes of their fellow men and their God?

To be sure, this tawdry little episode of assault and battery by two youthful miscreants (one known as Crutchey for the crutch he carried) upon a vulnerable, drunken woman (excuse me, I mean a woman "rather the worse for liquor," as the court minutes delicately put it) surely will not go down in what one might term the Annals of Deeply Astute Detection, but the police do seem to have acted quite capably and firmly in the  sordid affair.

For my purposes I want to highlight one particular cop in the case: Police Constable John Callingham, the man who late in December at the Black Horse in Kent Road collared young Crutchey with that telltale scrap of red silk wound round his neck.

By 1851 John Callingham, who at the time of the Jennings-Colwell trial was 32 years old, had left the Metropolitan Police and moved to the southern English county of Hampshire, where he became Superintendent of the County Constabulary.  There his daughter Eliza Jane married Samuel Wheeler, Official Receiver and Liquidator of the High Court of Justice.

Before her death Eliza Jane gave birth to seven children, one of whom, Harold Wheeler, a Board of Trade Examiner, became the father of author Hugh Callingham Wheeler, whose body of fiction, penned under the names Patrick Quentin, Q. Patrick and Jonathan Stagge, includes, as we have seen at The Passing Tramp and other blogs, numerous tales of glamorous and sophisticated crimes--ones rather more glamorous and sophisticated, one sadly suspects, than those with which Hugh's policeman great-grandfather, for whom he was named, dealt in real life.
Posted by The Passing Tramp at 1:50 PM