I will always associate Agatha Christie mysteries with paperbacks.  It probably wasn't until the dawn of the 21st century that I ever even owned a Christie mystery in hardcover.  I started buying Christie Pocket pbs with my own "pocket" money waaay back in the Seventies, before I was even a teenager.  And, frankly, the art on those pbs was much nicer than the dreck which Dodd, Mead and the Collins had been putting out on Christie hardbacks for some time.  (Sorry, Collins, at least you have done much better with Christie hardbacks over the last 25 years!)

I have already written on the blog about the late, great Tom Adams (1926-2019) and the Agatha Christie covers which he did for Pocket.  (He also did weirder, truly surreal, ones for English pb publisher Fontana--see John Curran's book Tom Adams Uncovered.)

So today, on the occasion of Dame Agatha's 131st birthday, I would like to write about the unheralded woman artist whose work graced Christie Pocket pb covers in the mid-Seventies: Mara McAfee.  I remember this artwork so well from when I was reading Christie pbs in the late Seventies in junior high school in Alabama.

Pictured below and to the left are five Christie pbs with McAfee cover art which Pocket issued in December 1975, just weeks before the Queen of Crime's death at the age of 85 and about a year after the release of the hugely successful film adaptation of Murder on the Orient Express (1974), which earlier that year had received six Oscar nominations, winning one (for Ingrid Bergman's memorable supporting performance as a conscience-stricken Swedish missionary--she also won the supporting actress BAFTA).

You can see how the late Albert Finney's depiction of Poirot influenced McAfee's rendering of the great Belgian detective.  Her Miss Marple is less successful, I think, although Joan Hickson's Eighties portrayal of Miss Marple occupies the space in my head, so I may be unfairly biased.

On the whole, however, I think these are striking and vivid depictions of the murder world of Christie.  All these years, though, it never occurred to me, until recently, to look up information on the obviously talented artist who drew them. 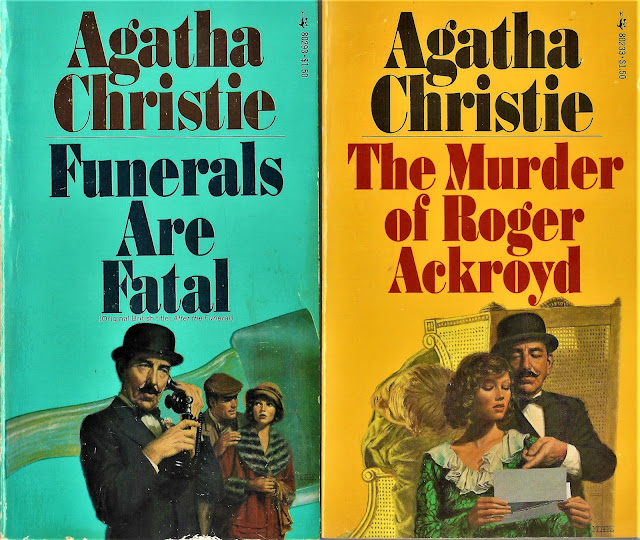 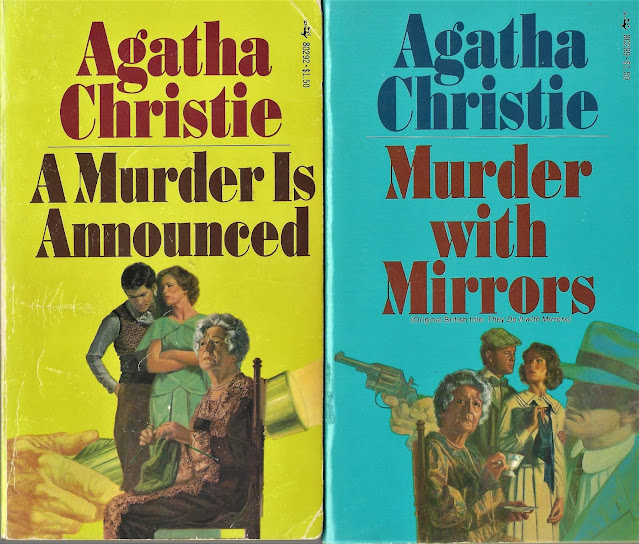 It turns out that Mara McAfee, who was born in 1929 and died much too young in 1984, got her start as a film and television actress and dancer in the 1950s.  Often she was uncredited in her films, as in the landmark brutal Fifties noir Kiss Me Deadly, where she plays the beatific, silent nurse looking down upon the stricken Mike Hammer.  She also had parts in the genre films Women's Prison--starring Ida Lupino, Jan Sterling, Audrey Totter and Phyllis Thaxter (Wow!)--and Las Vegas Shakedown (she actually gets credited in that one), both also from '55.

McAfee was an attractive and, well, busty brunette, but interestingly she only acted to finance her way through art school.  She had no high opinion of her thespianic talent but she said she did have brass.

As an artist she became best known in the Seventies for her sardonic and satirical artwork for National Lampoon, where she frequently sent up Normal Rockwell's wholesome depictions of Americana.  You can see some of these pieces below.  So, all in all, she was quite an interesting choice for Agatha Christie covers by Pocket, and reflective of just how highly Christie was esteemed.  (McAfee did Pocket covers for mainstream novelists as well.)

Enjoy this sampling of MM's work for National Lampoon and some of her book covers for other writers, and even a piece of film poster art.  Think Norma Rockwell with a heap of Norma Desmond. 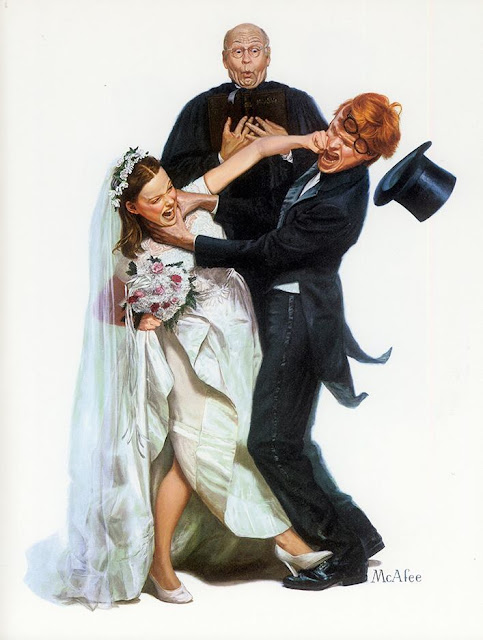 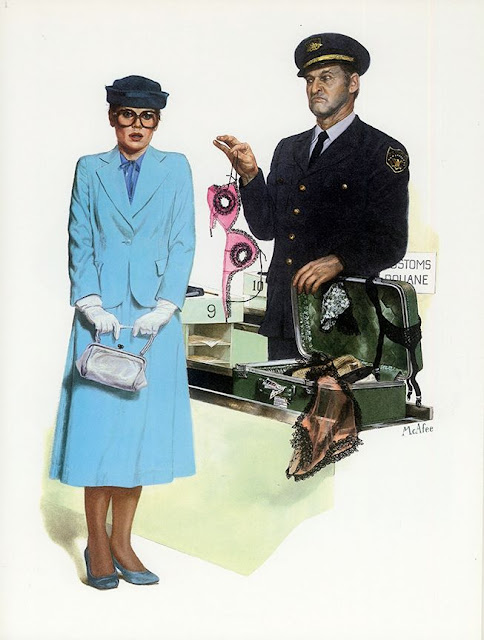 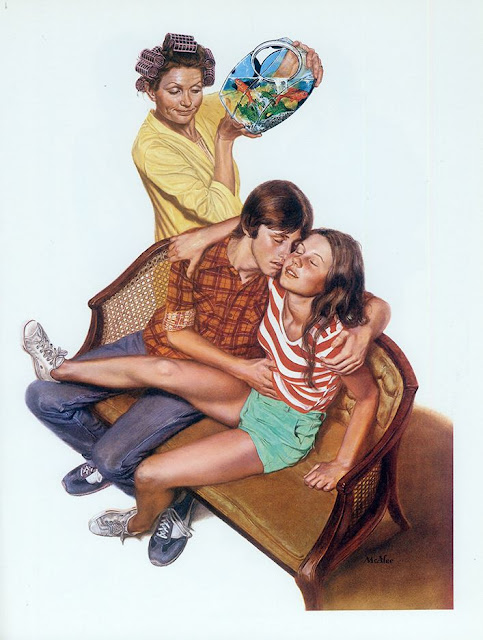 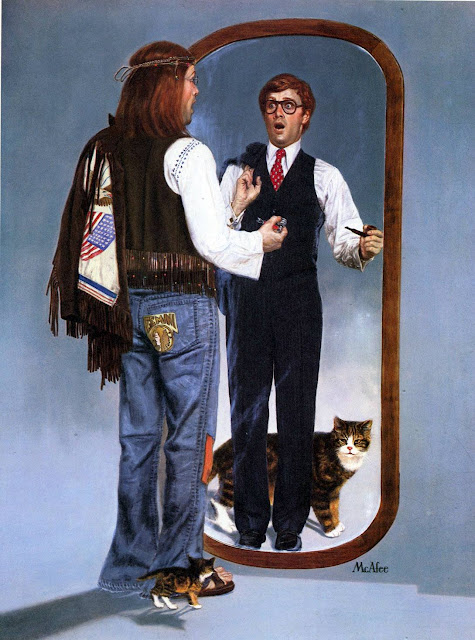 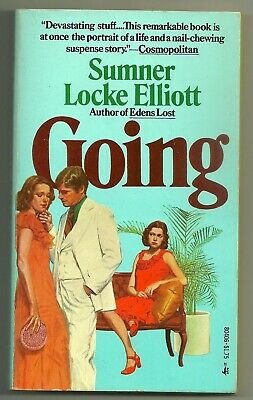 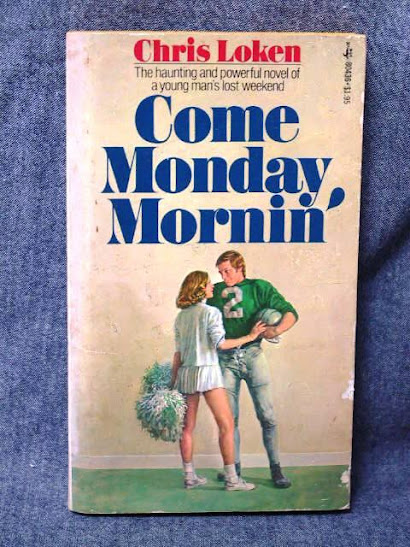 Posted by The Passing Tramp at 4:22 PM