Continuing (backwards) my ratings of John Street's detective novels, I thought I would look at the wartime ones (books with actual wartime settings in bold): 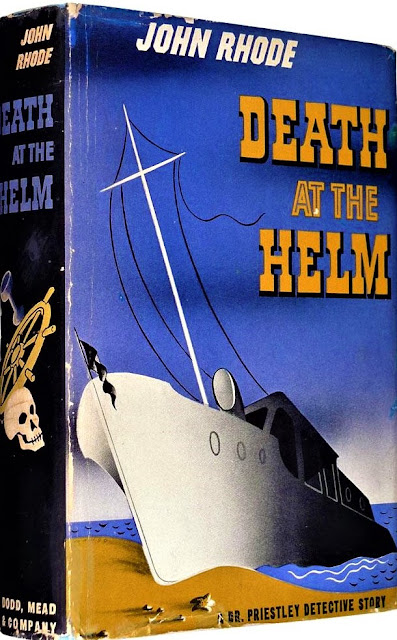 MILES BURTON (all with Inspector Arnold, all but 2 with Desmond Merrion) 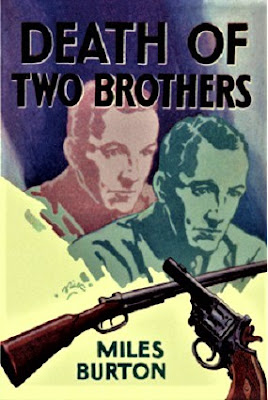 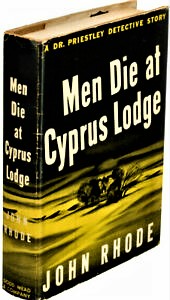 Rhode's Vegetable Duck has always been one of my favorites, dodgy title and all, having one of the most madly complex murder plots in the business, like Sayers' Have His Carcase or Christie's One, Two, Buckle My Shoe.  One of the all time classic poisonings, although it is a creative adaptation of R. Austin Freeman (not the only time Street did this).  They Watched by Night is less showy, but everything is great here--wartime setting, Supt. Hanslet brought out of retirement and Jimmy Waghorn in intelligence working in tandem, neat espionage and brilliant murder.

Death at the Helm is a very sober and character-driven with one Rhode's clever poisonings, The Fourth Bomb another good strong wartime mystery, Dead on the Track unexpectedly moving in its handling of the chief suspect, while Men Die at Cyrpus Lodge is Rhode's take on the haunted house mystery, full of clever devices.  Death Invades the Meeting is maybe a notch down from these, while the nonseries Night Exercise is a maybe a little dull as a mystery plot (by Rhode's standards) but is a very interesting look at wartime England.  Bricklayer's Arms made very little impression on me at the time, but the Puzzle Doctor has defended it so who knows!

Burton's Murder MD is just a lovely wartime village mystery, probably the closest thing he did to a Christie in terms of clever plotting and milieu.  One of my favorite books.  Three Corpse Trick has an almost unbelievably intricate plot (I diagrammed it) converging on this odd English village, very well conveyed.  Brilliant books both.

Not a Leg to Stand on is a clever take on vanishing (a man and his artificial leg), while Up the Garden Path aka Death Visits Downspring (not to confuse it with Rhode's 1949 Up the Garden Path) is another very clever wartime tale, not quite as good as Rhode's They Watched by Night but still good.

Death of Two Brothers is a very atypical Burton.  No Merrion and more character than plot driven I would say.  I might bump this up to 4 on rereading.  Four-Ply Yarn has similarity to Murder MD but is not as good.

This Undesirable Residence is one Anthony Boucher, Jacques Barzun and Nick Fuller all hated, but what can I say, I enjoyed it reasonably well.  No Merrion again in this one.  Dead Stop was a big disappointment in that it is one of Street's locked room mysteries but is a dud, while Early Morning Murder just struck me as kind of dumb.  Even the greats can nod, especially when they write over 140 mysteries!