A Score of Fine Street Fare: The Best of John Rhode and Miles Burton

Now that I've rated all the John Street detective novels, I suppose the time has come to list my Top Twenty.  So without further ado, here they are, in chronological order, Rhodes first, Burtons following: 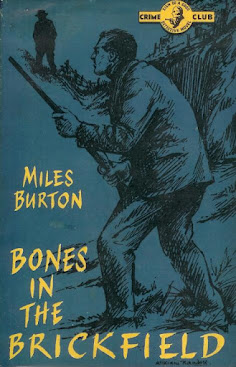 I had to include one 4-star only so out of the many I went with Bones in the Brickfield, just to show that there was life in the old dude yet, even as he neared the end of his long second career.  Revolving a whole plot around the discovery of a dinosaur fossil in an English village--that alone shows some charming originality, after nearly 140 mysteries!