Some of you may have wondered at the recent flurry in the Street at this blog, as it were, but I'm happy to be able to announce that seven of John Street's John Rhode tiles are going to be reprinted by Mysterious Press.  More on this soon, but in the meantime, back to the ratings! 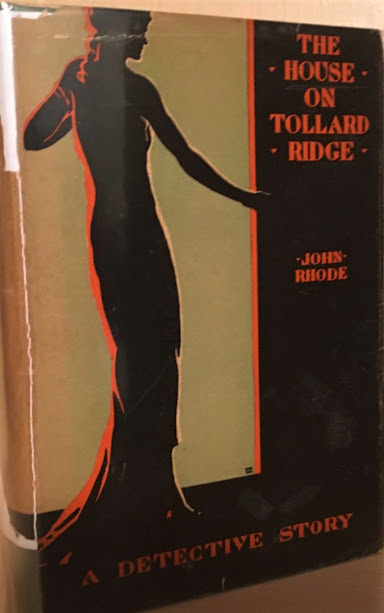 The Murder at Praed Street****

The House on Tollard Ridge***** 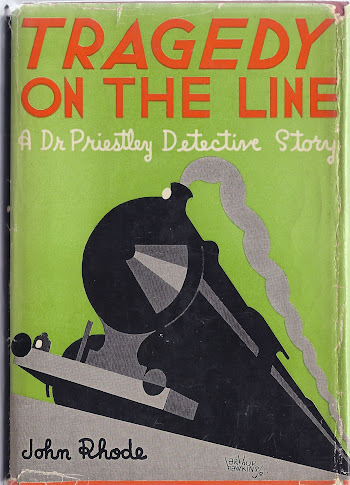 The Secret of High Eldersham***** 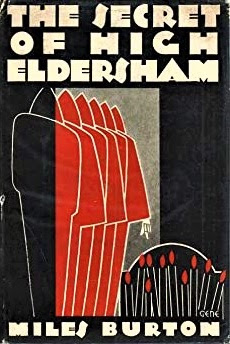 Murder at the Moorings**

Tragedy at the Thirteenth Hole**

Death at the Cross Roads***

If it took John Street a little while to hit his stride in the Twenties (the same could be said of Agatha Christie), he had definitely hit it by 1929 and the Thirties (as with Christie) became a superlative decade for the John Rhode novels.  The Burtons still had a bit to go to reach their peak, however.

Of the Twenties Priestleys, Paddington is rather dire, I regret to say, really a book for completists only, who want to read the first Priestley mystery.  Quest is a big step up, although it's rather modest, very much in the manner of Sherlock Holmes tale, rather charming.  Although it's definitely thrillerish, I love The Ellerby Case, with Dr. P locked in this deductive death battle with the villain and all sorts of fun death traps.  It's like an Edgar Wallace with twice the brain power.  (It had me at the hedgehog, of course.)

The Murders in Praed Street is very nearly a classic, barring some hard-to-explain late obtuseness from Dr. P.  I nicked Tragedy at the Unicorn for getting a mite thillerish at the end, but I would have to go back and reread it.  But 1929's Tollard and Davidson are full-blown Rhode deductive classics with out acidulous academic detective in fine, active form, performing loads of scientific detection.

I see some people don't like Pinehurst, but I enjoyed it.  This one struck as a throwback to a Victorian/Edwardian Sherlock Holmes tale, however.  Tragedy on the Line is close to a classic family house party type mystery, but I like others as a bit disappointed in the ending--though there's a deliberate idea behind it.  Greycombe Farm I give four stars in part because the rural setting is so well done.

In the early mid-Thirties Street works up to this annus mirabilis (or actually two of them) in 1933 and 1934, where he produces five great Rhodes (and Motor Rally Mystery is very good too), not to mention at least a couple of really fine Burtons. Another Rhode masterwork came in 1935 with The Corpse in the Car, but that was listed on another post.  These were really the peak years of Rhode's achievement.

On the other hand, I would say the only real Miles Burton tour de force from these years is the second one, The Secret of High Eldersham, which followed the very competent but unexceptional Hardway Diamonds Mystery.  Street had a brilliant idea for that one and did full justice to it, but he dithered around for the next few years.  Were Burtons to be thrillers or detective novels?  The author didn't seem certain.

His Inspector Young appears again with Merrion in Three Crimes but then Young exits and Inspector Arnold debuts in Menace on the Downs, without Merrion.  It it isn't until Death of Mr. Gantley that he teams up with Desmond Merrion; and in neither of these novels is Inspector Arnold quite the Arnold of later books.  He's more like romantic Inspector Young than curmudgeonly Inspector Hanslet from the Rhode series.  Later on, he's very much like Hanslet.

Then neither Arnold nor Merrion appears in Murder at the Moorings, perhaps the poorest early Burton, although Arnold is referenced in one line.  The Miles Burton books as we come to know and love them (I hope) don't really fully materialize until Fate at the Fair, a highly classic style English village mystery.  For me the best one after this one, however, is To Catch a Thief, even though it's really rather thrillerish.  But rather well done, I find.  Charabanc Mystery is another one I need to reread, because I have to admit mostly forgotten it, aside from the fact that the opening concerns the Dribbleford Darts Club--sure this is worth a star!

Well, there you have it, lots of targets for bloggers to say, for example, I always read that Shot at Dawn was so great, but I actually much preferred Tragedy at the Unicorn!  You know it's going to happen.  That is, if these now extremely rare books ever actually get entirely reprinted.  For the rest of you, I hope I've given you a useful guide.