In a prolific burst of creativity between 1940 and 1951 Elizabeth Daly (1878-1967) published sixteen detective novels--all with her series detective, the erudite and gentlemanly New York bibliophile Henry Gamadge--that were quite well received in her day and have maintained a loyal and not insignificant following over the decades since.

Of late even paperback reprints of Daly's novels have become rather hard-to-find and pricey--there are just a handful of second-hand copies of Night Walk available on Abebooks, for example, all expensive--but fortunately over the last few years that fine press Felony and Mayhem has been reprinting her work.

The twelfth Elizabeth Daly detective novel, Night Walk (1947), is not yet back in print, but should be by this year or the next.

It is, I think, one of Daly's best efforts.  Even Jacques Barzun, who thought Daly had about a 50/50 batting average, so to speak, was an admirer of this tale.

The first four chapters of Night Walk tensely detail the sinister nocturnal perambulations of a prowler afoot in the upstate New York village of Frazer's Mills.

The prowler rattles doors and frightens people, but it seems to go no farther than that--until one longtime resident of the village is found dead, his head bloodily smashed by a log.

One of the guests at the Wakefield Inn--a transient, people in this little village keep terming him--happens to be a family friend of Henry Gamadge, the author's amateur detective, so Gamdage soon is on the scene to clear up matters.

Gamadge eventually succeeds in doing so, but not before the prowler strikes again, committing another horrid bludgeoning murder.

I found Night Walk an engrossing tale, both for its problem and for its setting.  It's often stated that Elizabeth Daly was Agatha Christie's favorite American writer, and it's easy to see why from a book like Night Walk!  Surely one can't get much more classically English in setting in an American mystery novel than Frazer's Mills.  One almost has to remind oneself that one is not, in fact, reading a Golden Age English detective novel. 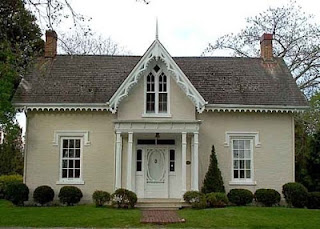 Frazer's Mills is an isolated, enclosed and highly stratified village (the mills shut down long ago), dominated by a traditional squirearchy (durbars is Daly's term for these exalted personages).

"Mighty few livings earned anymore, they're all fading out on little pensions or their savings or what they're relations send 'em," explains the sheriff to Gamadge concerning the bulk of the population of Frazer's Mills.  "Scotch, English, old American stock.  Not a foreigner, not a stranger."

"It sounds rather a paradise to me," comments the well-born, old-stock Gamadge. 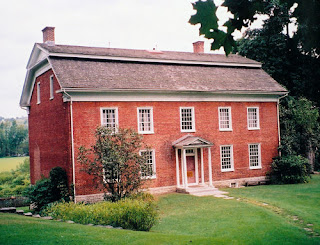 But the serpent of murder has invaded this lovely, rural Eden, and Gamadge must stamp it out and restore order.  This he does, on the strength of some bright intuitions that certainly passed by me.  The puzzle is thinly clued, though I think it is fair enough.  The identity of the prowler becomes, I think, pretty definitely indicated in the last third or so of the book, but the motive is what should elude many readers.

Characterization is quite good.  I particularly liked the imperious librarian and the sardonic, precocious teenager staying with his parents at the Wakefield Inn.  "She embodies in her own person the whole meaning of the theory of Conspicuous Waste," this lad pronounces of another character.  Now that's a high-toned burn!

Don't despair of getting an affordable copy of Night Walk.  Felony & Mayhem should soon come to the rescue!
Posted by The Passing Tramp at 5:47 AM