Murder in Bermuda (1933), by Willoughby Sharp

Both of Willoughby Sharp's detective novels, Murder in Bermuda (1933) and Murder of the Honest Broker (1934), are fine examples of the Golden Age mystery, with good fair play puzzles, swift narratives and some interesting background detail, taken from the author's own life.

In the case of Murder in Bermuda, Willoughby Sharp had been living on the island for two years when he wrote the novel, resulting in the book's interesting local color.  Bermuda had a commercial boom providing the United States with bootleg liquor during the Prohibition era, a development alluded to in the novel.

Murder in Bermuda details the investigation that occurs after Constable Simmons discovers a woman's body on Snake Road, on the morning before Easter.  The woman has been stabbed to death.  A bouquet of lilies is at her side.

The police are shocked to find that a murder has occurred on peaceful Bermuda.  "Damn it, Simmons!" cries Inspector McNear, "What's this island coming to when a girl's not safe on the highway?"

"[T]here has never been a murder in Bermuda in my time--not among our white people at least," pronounces a worried Chief of Police Masters. "I ask you to think of the most unpleasant publicity that would result if we admitted to be murder!  Think how the interests of the island would suffer!"  Here I was rather reminded of the attitude of the mayor in the film Jaws.

But murder it proves to be. And another person soon is found dead, a man, polished off by a favored 1920s poison, mercury bichloride.  "If there's another crime in Hamilton I'm going to move to Chicago," announces one local resident.*

*(How different things are today!  Between May 2009 and June 2012 there were seventeen gun murders in Bermuda, nine of them unsolved). 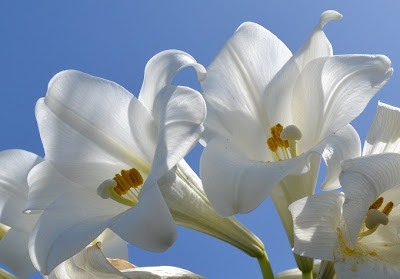 Murder in Bermuda actually could be designated an early police procedural, in that it depicts the whole Bermuda police force at work, with three individuals standing out: Inspector McNear, Chief of Police Masters and Superintendent Welch, who ultimately reaches the truth, after considerable peril to his life (Constable Simmons is the only black policeman we see in action; thankfully he is not used as cheap comic relief, as one might expect from a book from this period).

It quickly becomes apparent that the misdeeds in Bermuda may be connected in some way to the recent kidnapping of a child in the United States.

When introducing this subject, just a year-and-a-half after the infamous Lindbergh baby kidnapping (and a year before Agatha Christie's Murder on the Orient Express), Sharp allows himself a little acid social commentary on the capricious and class-based news coverage priorities of the American press (some things don't change, do they?):

Quite typical of a rich, individualistic nation in which fifteen million men, with their wives and children, were undergoing various stages of starvation, the kidnapping of little Marcia Marsden from the Fifth Avenue home of her fabulously wealthy parents had filled the front sheets of America's daily newspapers until even the stirring foreign political news was crowded to an inside page.

Sharp's own son would be born three years later, but apparently Sharp felt that in those Depression-wracked years the travails of the rich and famous were absorbing a disproportionate share of press attention.

The Harvard Crimson gave Murder in Bermuda a great review (admittedly, Sharp was an alumnus), noting that Sharp "utilizes all the long-accepted conventions of the mystery story, but he does so with such ingenuity and creates such a  welter of involved circumstances that we are almost entirely unaware of his technical trickery."

The Crimson also noted the procedural aspect of the novel:

The pleasant variation from the general mystery story is the manner in which the various police officers working upon the case help each other and together see things through, so that in this story, instead of the one stereotyped super sleuth very nobly carrying on, we have the small group solve their problem by cooperative efforts. 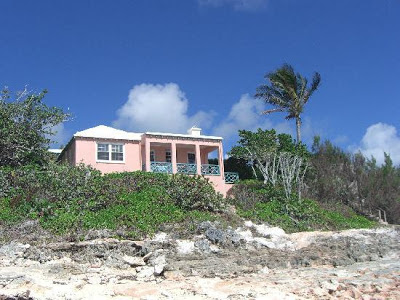 Murder in Bermuda represents a class of Golden Age detective novel largely forgotten today, because it doesn't conform to the popular stereotypes.  It's about neither a British gentleman amateur detective nor an American hard-boiled private eye, yet it's a good mystery tale nonetheless.

As the Crimson put it: "Mr. Sharp...has a good bit more to offer us than the average writer of murder stories.  He unravels his sinister tale in fine literary style and writes vividly of a background he knows very well."
Posted by The Passing Tramp at 2:13 PM