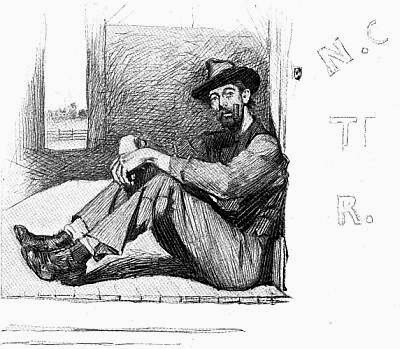 Nice nod to The Passing Tramp (along with John Norris' Pretty Sinister) a month ago from Sarah Weinman, at her Off On a Tangent Tumblr page.  Asked for crime fiction blog recommendations, she mentions:

I exchanged some emails with Sarah last year, when I was trying to get her for Mysteries Unlocked, the Doug Greene tribute I am editing. Sarah was too busy with promotion for her anthology of domestic suspense crime fiction, Troubled Daughters, Twisted Wives (TDTW), which was just about to be published, to be able to participate, though I know she admires Doug's work with Crippen & Landru publishing neglected stories by such writers as Margaret Millar and Vera Caspary, both of whom have stories anthologized in TDTW.

For my part I share Sarah's admiration for mid-century women suspense writers and would have loved to have had her thoughts on the subject for the book.  But of course there's always TDTW itself.  If you haven't read this book yet, you should.  I need to do a full-length piece on TDTW, but let me just say here that it's a very worthy effort that answers a great need we've had for an anthology of domestic suspense writers, who remain unaccountably neglected by the Library of America (Patricia Highsmith, the least characteristic of the group, excepted).

Additionally, The Passing Tramp was mentioned this month by Michael Dirda, the Pulitzer and Edgar Award winning literary critic.  Michael is a great admirer of the ingenious Golden Age mystery writer John Dickson Carr and Carr's biographer, Doug Greene, and contributed an illuminating and elegant essay on the two men for Mysteries Unlocked.

I have reviewed Michael's delightful On Conan Doyle: Or, The Whole Art of Storytelling and will again recommend it on this occasion, as well as his other books on books, which often include within their wide-ranging and keenly-observed coverage, genre literature, including detective fiction.

In an interview at the mirabiledictu blog, it is stated that although Michael

does not read blogs regularly, he enjoys "specialized sites about everything from the classic ghost story (All-Hallows) to the Golden Age Mystery (The Passing Tramp)...."

It is encouraging to get these mentions.  I hope I keep the blog interesting throughout 2014, as The Passing Tramp enters its third full year.

And this is also nice to see.

So-called "Celtic Noir" crime writer Adrian McKinty in the Guardian has offered a list of his favorite locked room novels, which includes books by John Dickson Carr, Ellery Queen, Agatha Christie and Christianna Brand, all great favorites around here.  After my criticism of  the lack of Golden Age coverage in the award-winning tome Books to Die For (of the four authors listed above, only Christie made the cut in BTDF) I was really pleased to see McKinty's adventurous list.

Please check out Adrian McKinty's article (it's clear, by the way, he had nothing to do with the title). You'll find too that his own locked room mystery has just been published!  It will be reviewed here this upcoming week.

Posted by The Passing Tramp at 2:39 PM