Coachwhip's reprints of Emma Lou Fetta's Murder in Style (1939), Murder on the Face of It (1940) and Dressed to Kill (1941) are now available on Amazon and Amazon.co.uk, though the pictures are not up yet.

You can see the covers here, however! Fetta's series sleuth Susan Yates is a New York City high fashion designer.  Her love interest happens to be assistant district attorney Lyle Curtis, but it is Susan who is the primary crime solver.

The books are charming and intricately plotted murder mysteries by a woman who was a syndicated fashion columnist and a co-founder of the Fashion Group. 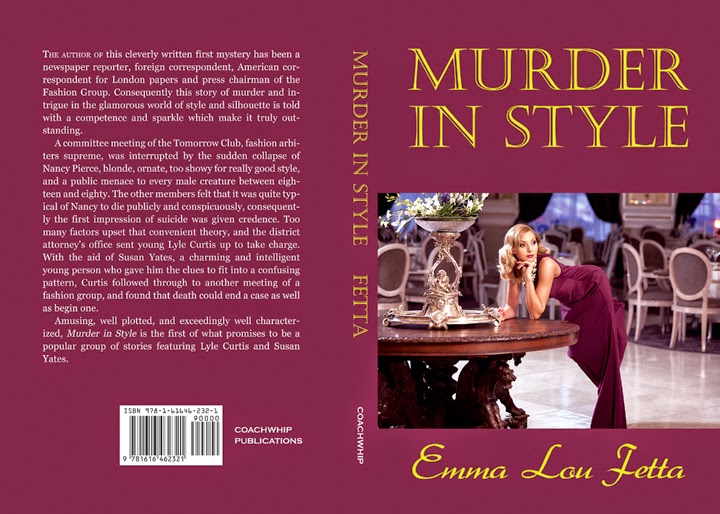 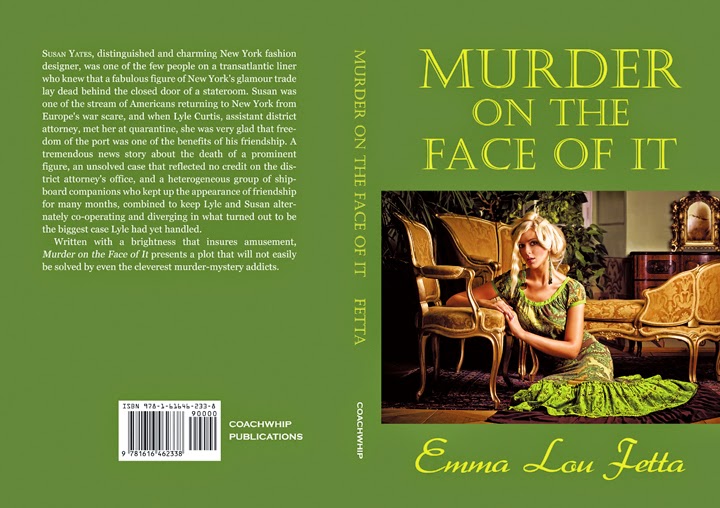 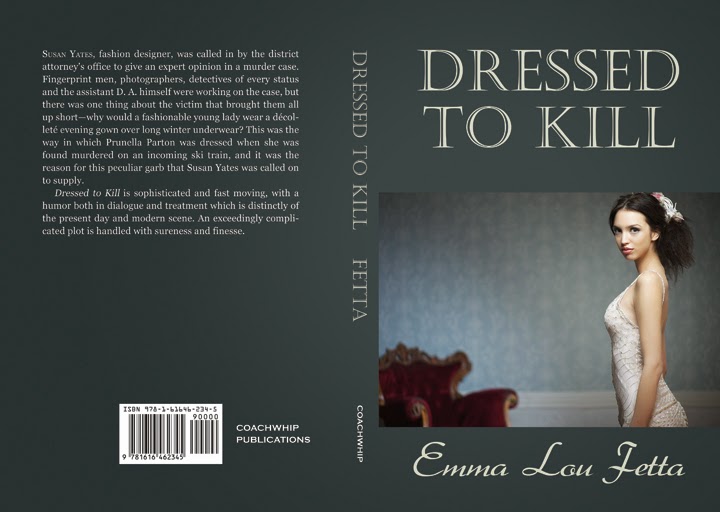 There's a twelve-page introduction by me too, I might add.  Other Coachwhip mysteries for which I've written introductions are the nine Todd Downing mysteries (you should have seen a lot about Todd Downing here by now), 1933-1941, Kirke Mechem's The Strawstack Murder Case (original title, A Frame for Murder), 1936, Willoughby Sharp's Murder in Bermuda, 1933, and Murder of the Honest Broker, 1934, and Anita Blackmon's Murder a la Richelieu, 1937, and There Is No Return, 1938.  And oh! let's not forget my book Clues and Corpses: The Detective Fiction and Mystery Criticism of Todd Downing (2013).  What an attractive set these books make on the shelf! 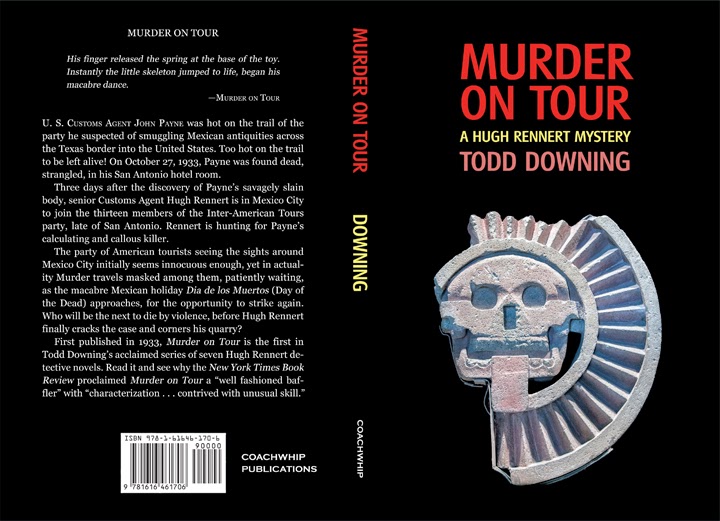 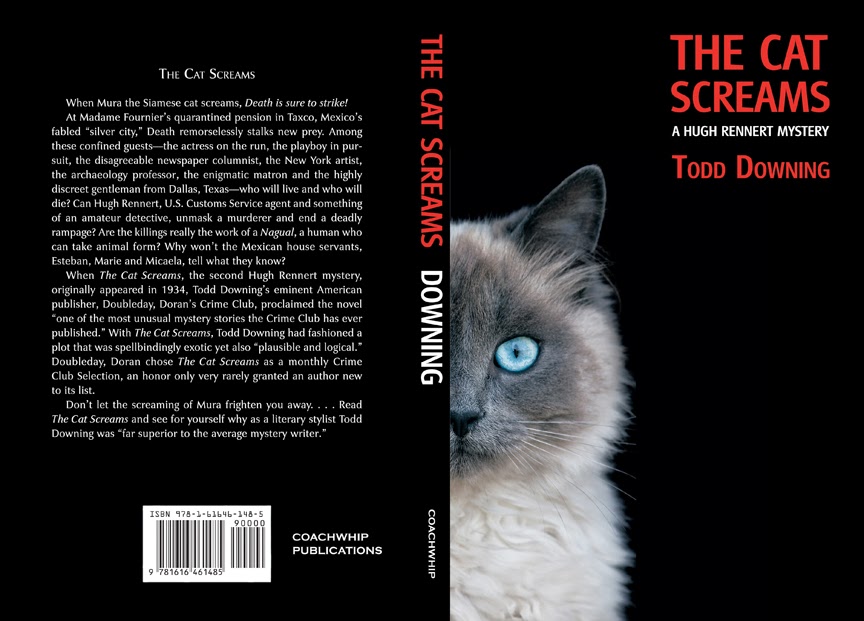 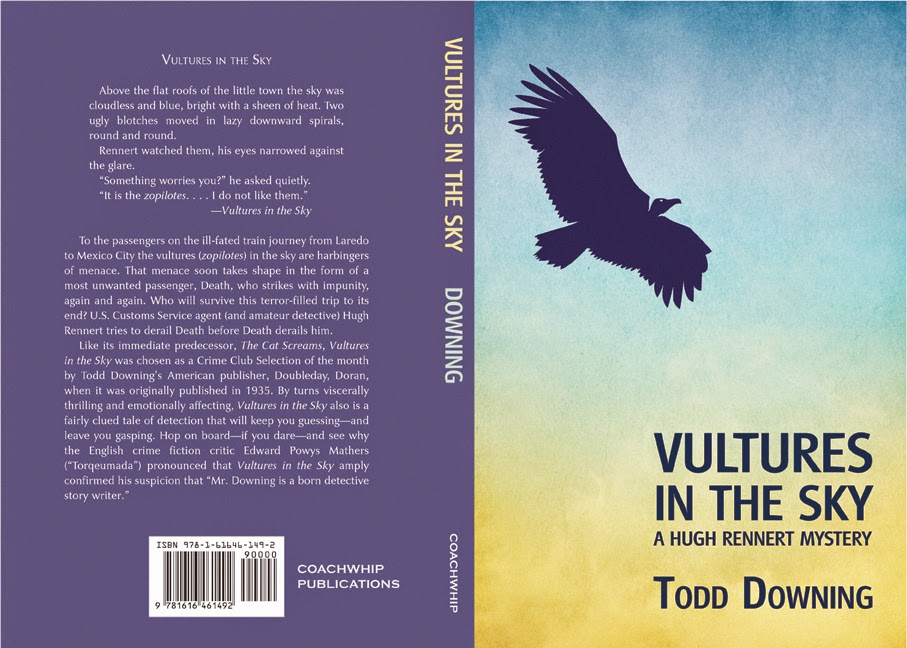 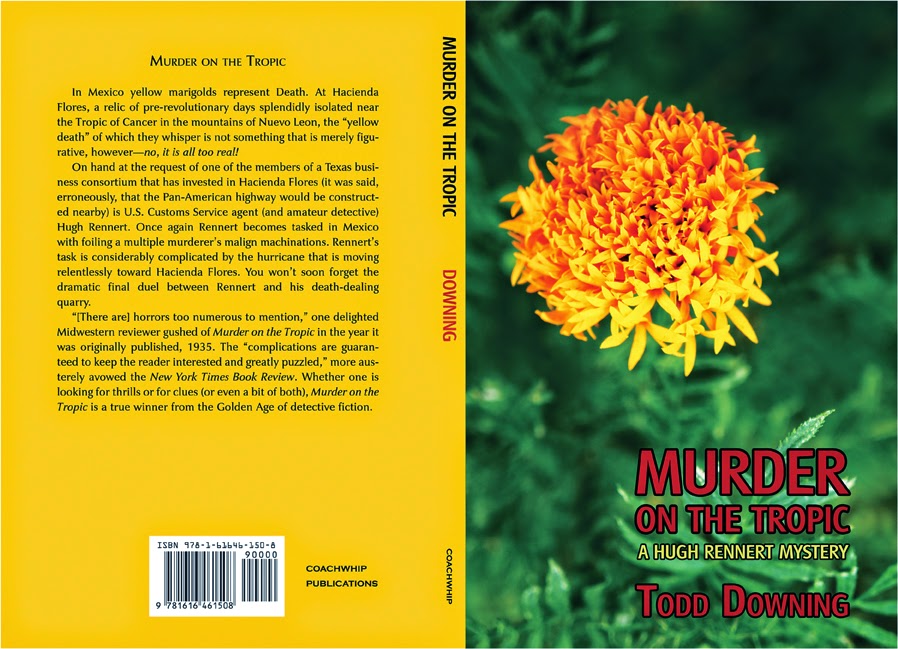 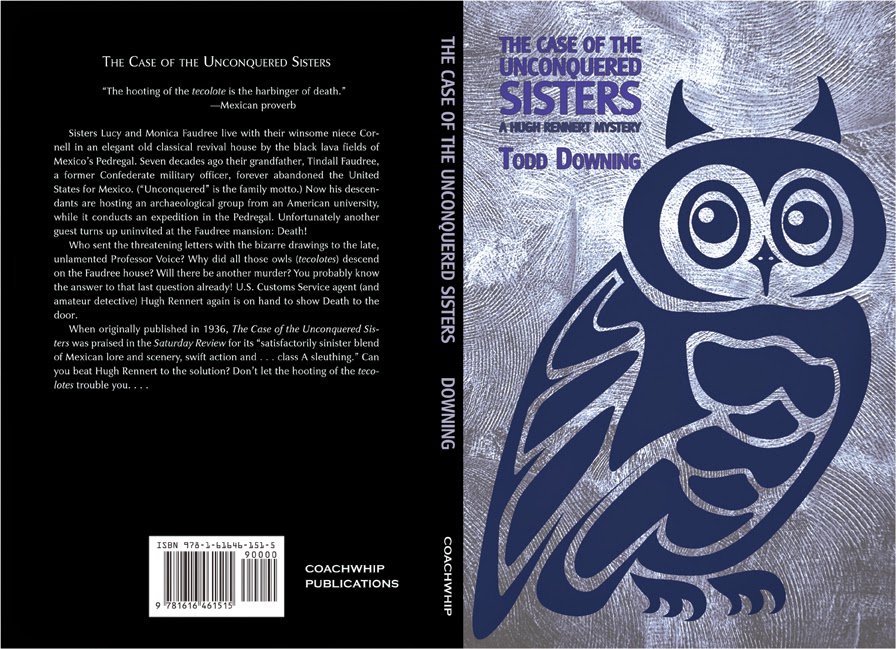 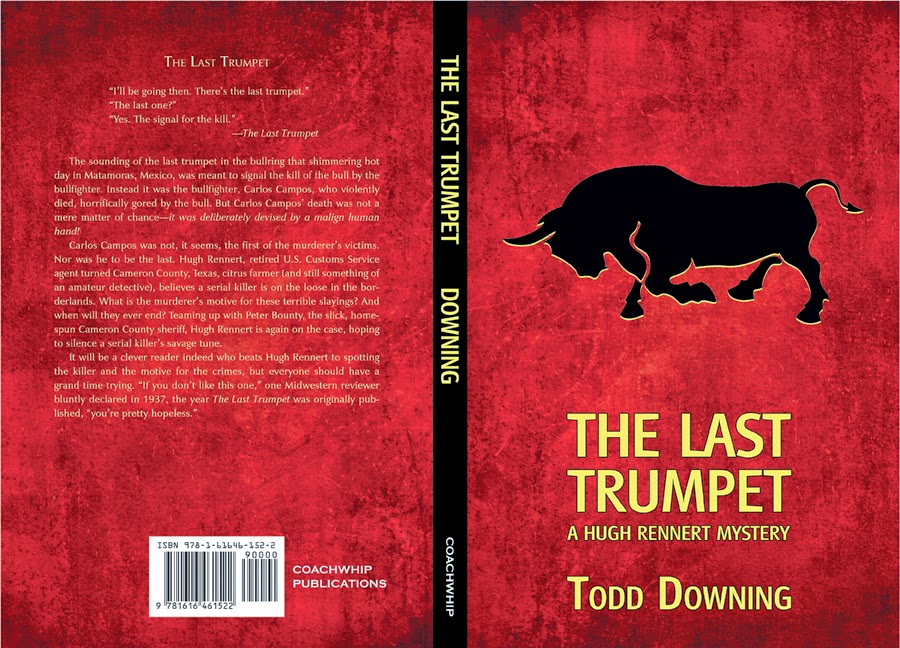 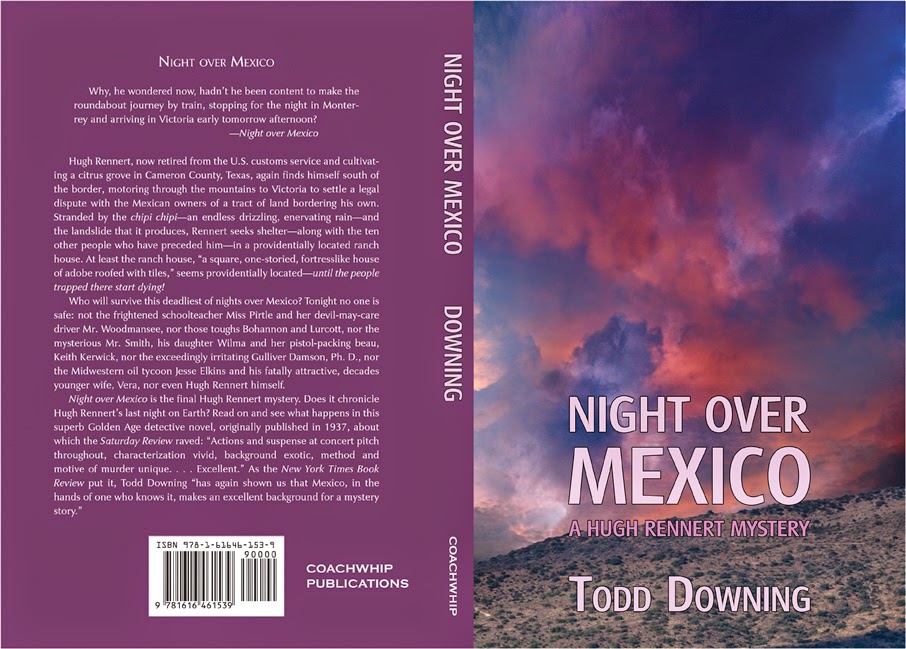 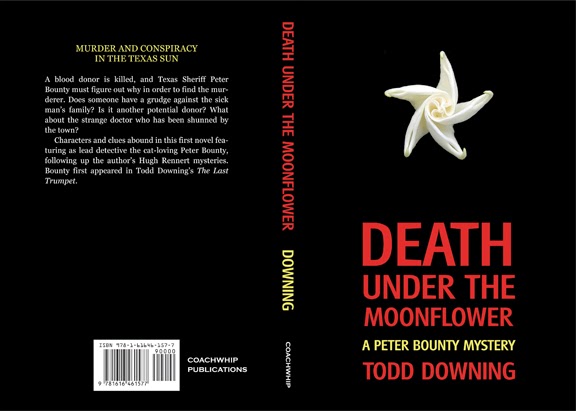 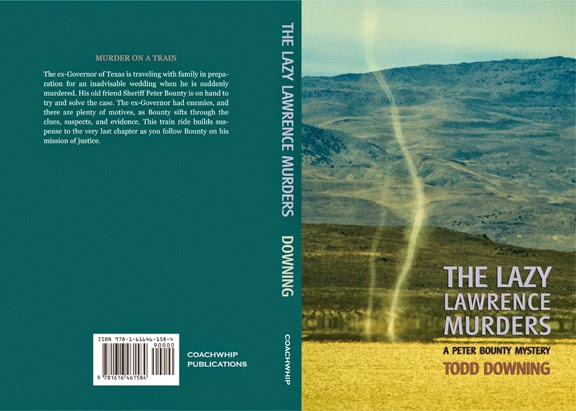 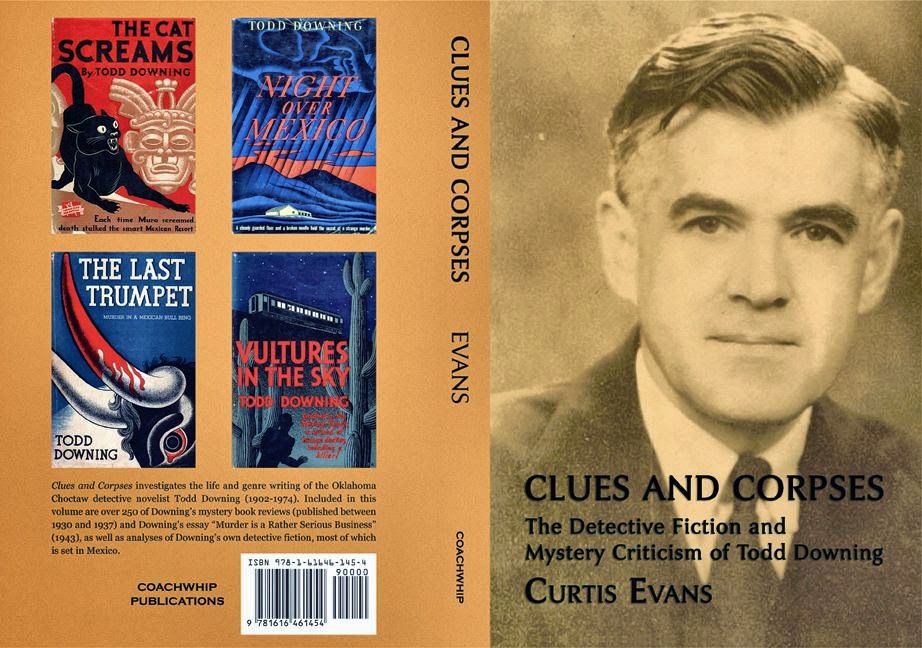 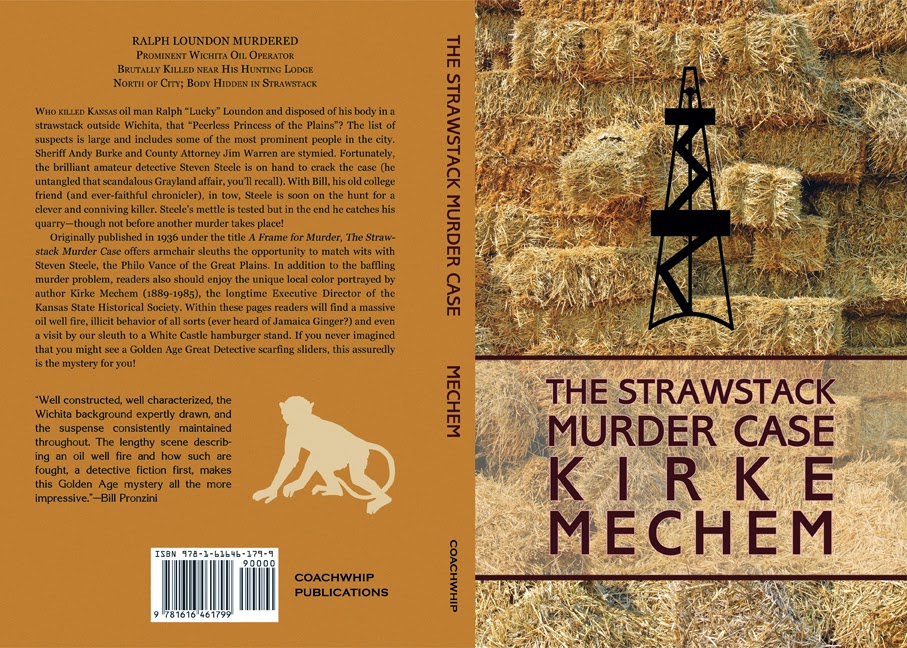 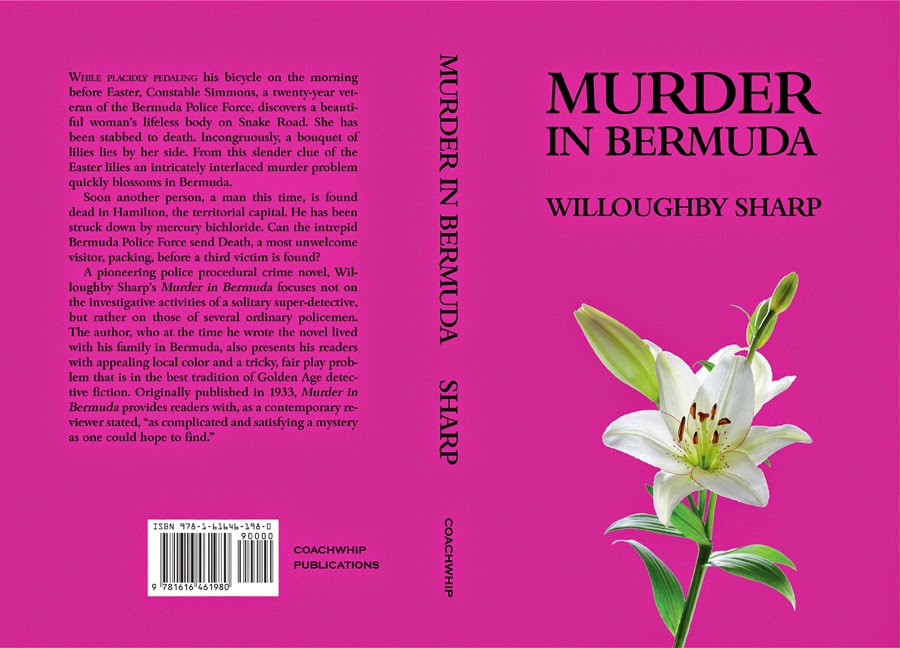 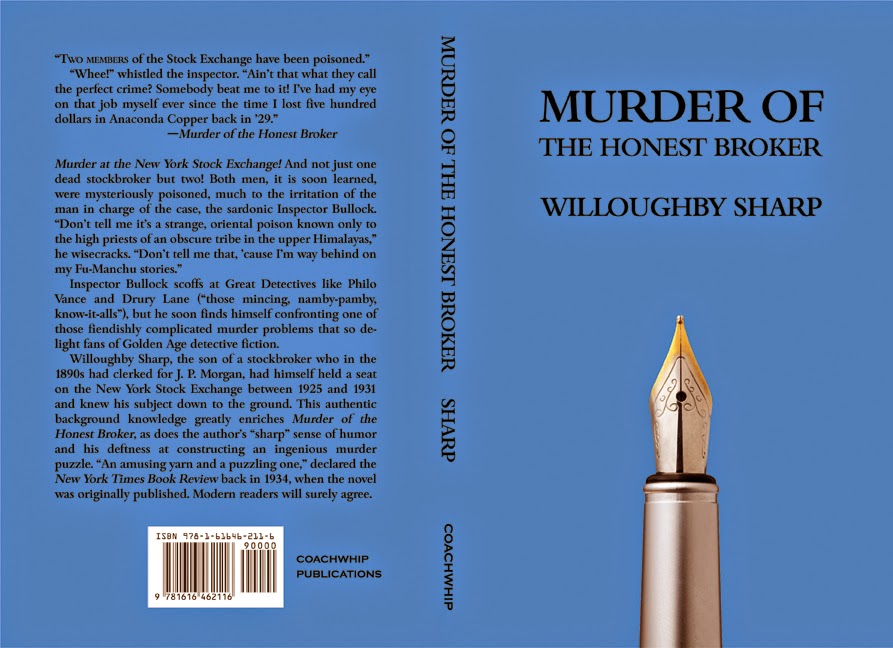 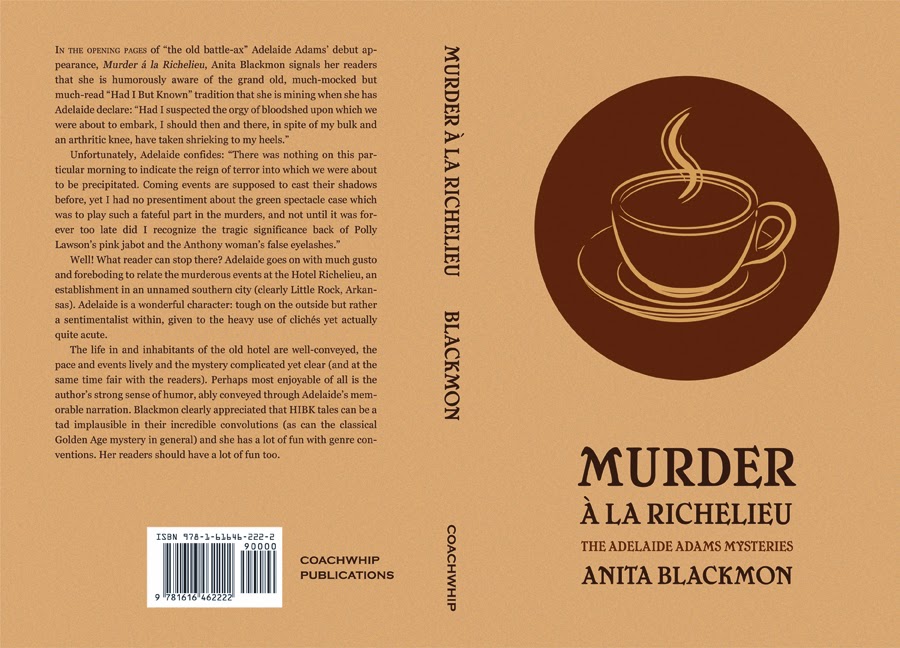 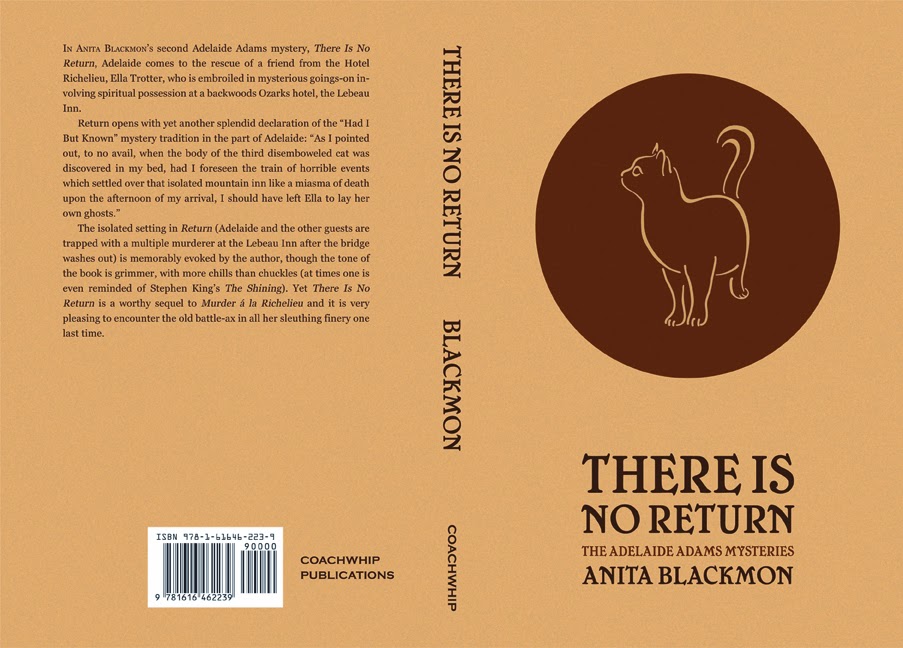 One of the thing that really pleases me with this series is it gives some sense of the regional spread of the American Golden Age detective novel.  We have sophisticated settings in New York (Fetta, Sharp), but also settings in Texas and Mexico (Downing), Kansas (Mechem), Bermuda (Sharp) and Arkansas (Blackmon). And look out some more authors over the course of the year!

For Coachwhip's J. J. Connington reptints, see this blog post from a couple years ago.
Posted by The Passing Tramp at 6:24 PM