And now to start the top ten: 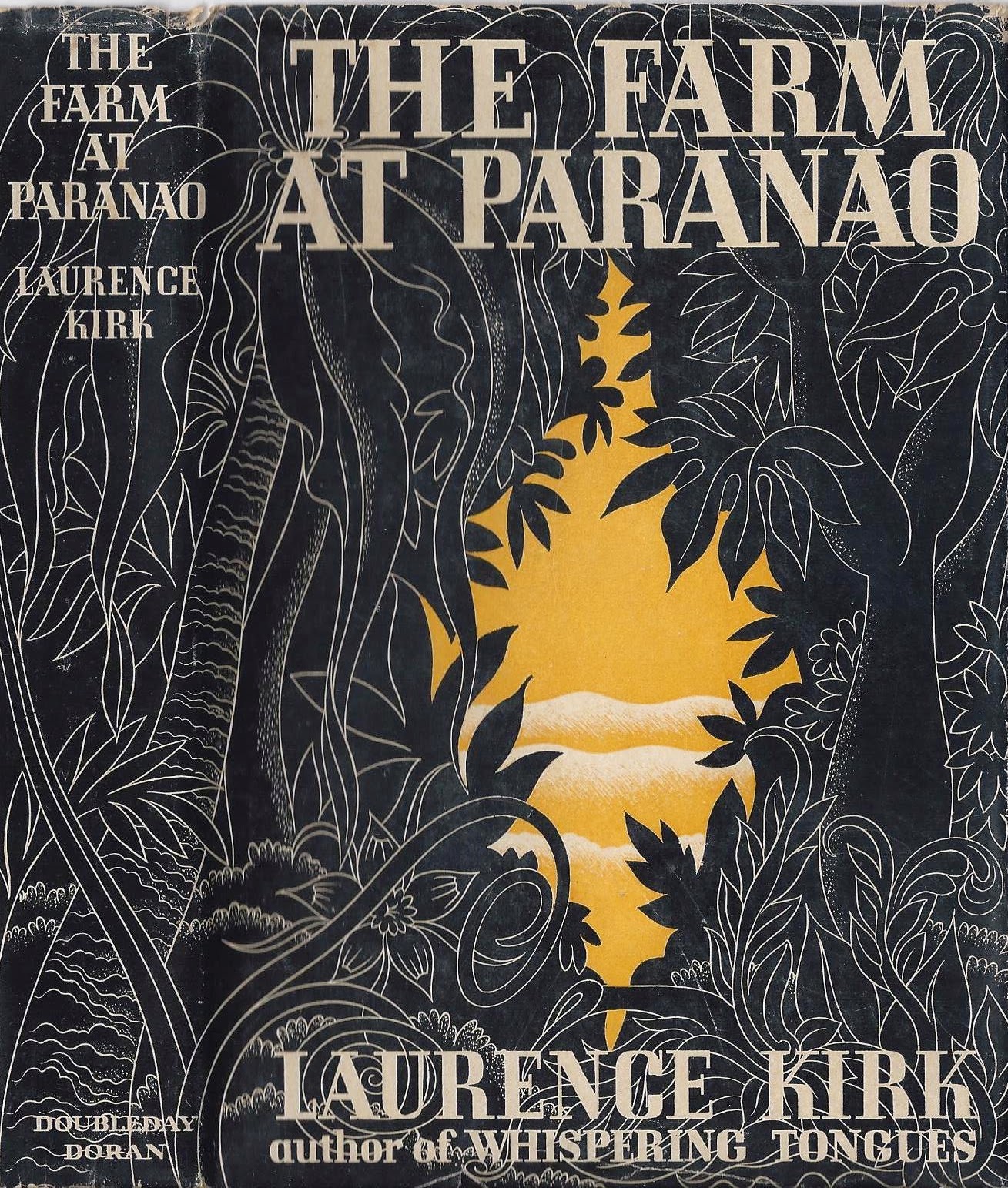 Our first author to appear twice on the list is a forgotten scribe, Laurence Kirk (in reality Eric Andrew Simson), an accomplished mainstream novelist who dabbled at least twice in crime fiction. Where his novel Whispering Tongues is closer to a detective novel, The Farm at Paranao is more of the thriller vintage--quite an accomplished one. Opening as an English novel of manners, the tale develops into "Tropical Gothic," if you will, and has some superbly tense closing chapters (the novel should make a great film). 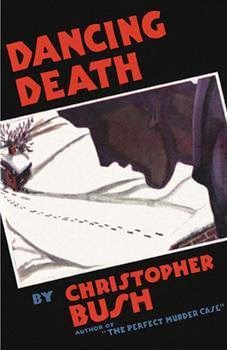 A classic Christmas season country house party mystery, with multiple murders in a snowbound mansion.  For this novel Bush worked out an extremely intricate, cleverly clued plot that should keep most readers on their toes. Purely on the detection level, this is the best English mystery I have read this year, with a complex yet cogently elucidated puzzle.  Writing and characterization are above the average and Ludovic Travers, Bush's detective though sixty-three crime novels published over forty-two years, makes an appealing guide as he leads us through an intricate maze of murder puzzles. 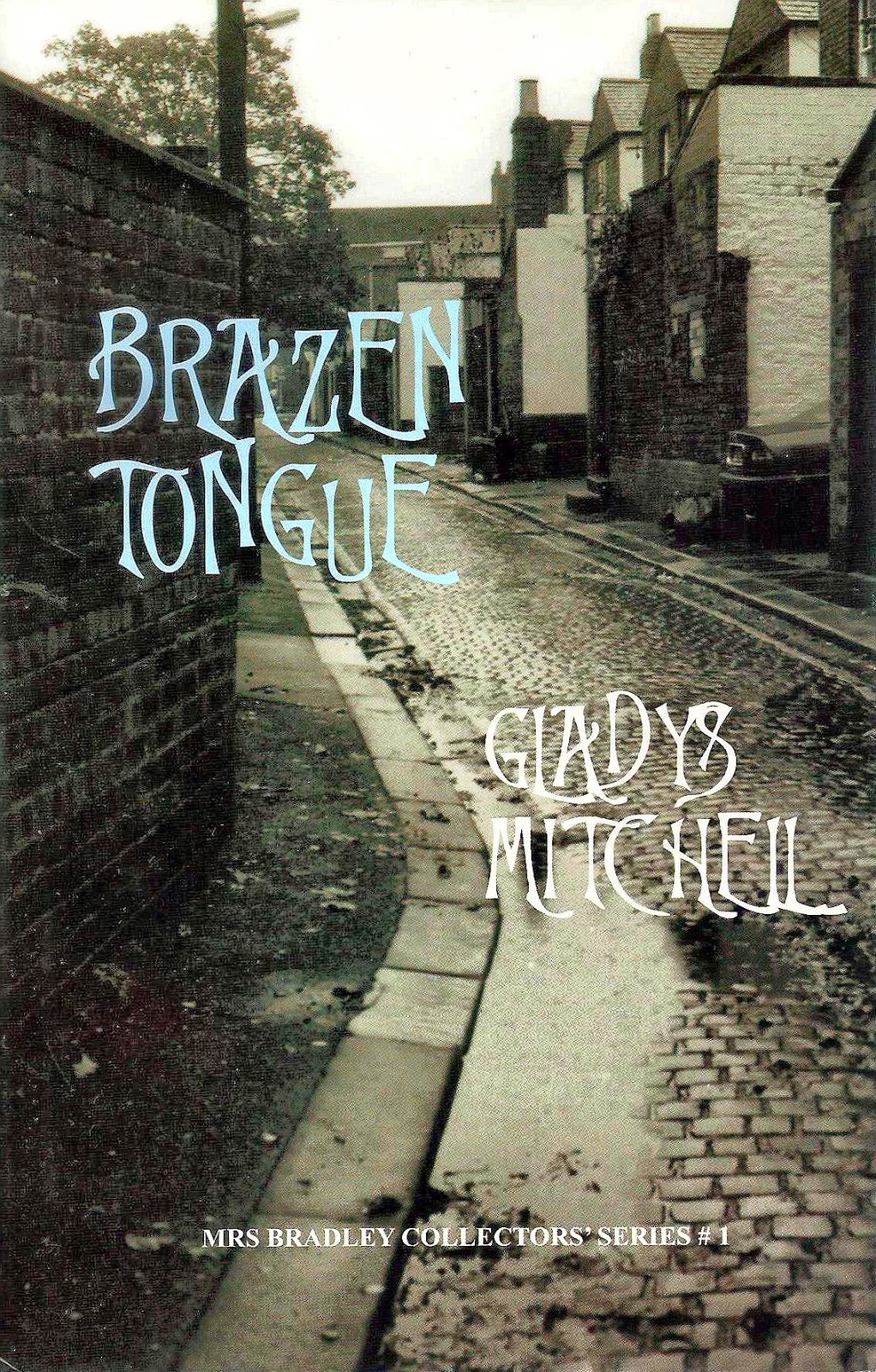 Also intricately plotted is Gladys Mitchell's Brazen Tongue, about a rash of deaths in the town of Willington during England's "Phoney War" (the period of time in 1939-40 after the outbreak of the Second World War up to the German invasion of France and the low countries). Mitchell offers an interesting look at a provincial English town during the early stages of the war and a complex plot with creative clueing and relentless investigation by one of the most unique sleuths in the history of English detective fiction, the cackling, saurian psychiatrist Mrs. Beatrice Adela Lestrange Bradley.

Mitchell's narratives from this period can be especially challenging for readers, with their frequently non-linear structures, but readers who are willing to give the book the attention it demands should enjoy themselves, if they are fans of classic English mystery--and if they aren't why would they be reading it? 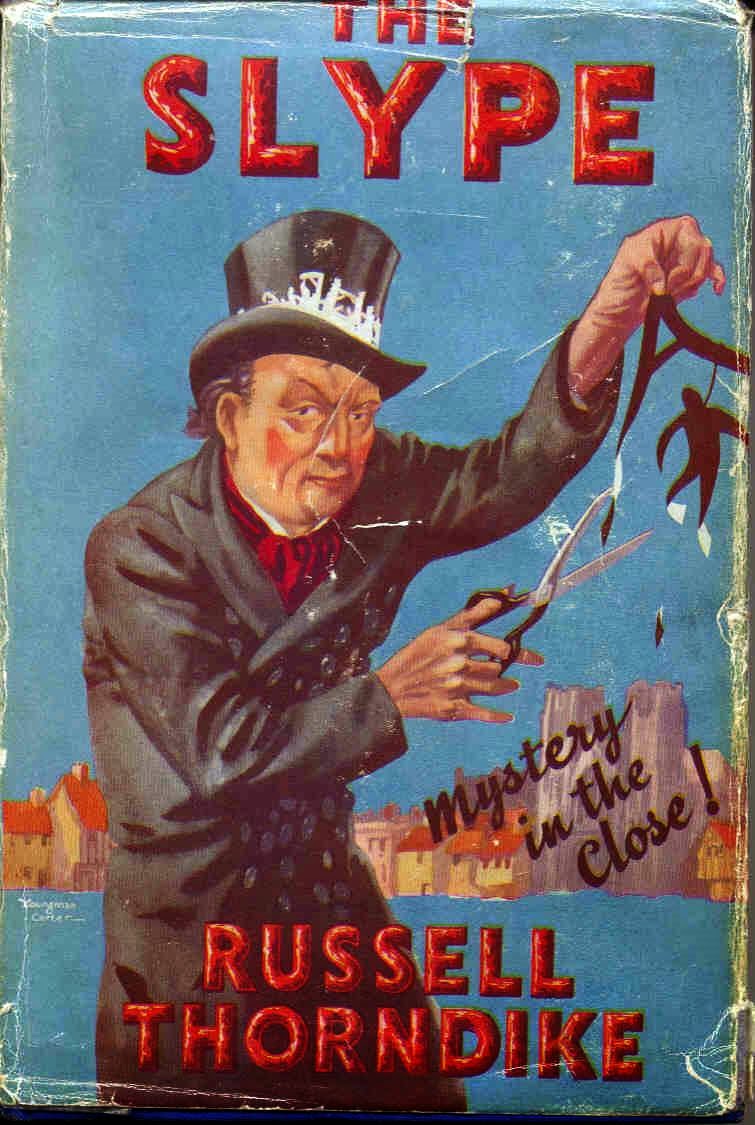 There's a certain Dickensian richness to Gladys Mitchell's Brazen Tongue that is even more pronounced in Russell Thorndike's The Slype, a marvelously atmospheric crime novel set in the cathedral town of "Dullchester," based on Rochester, Kent, where the author was born. The novel has an enjoyably whimsical plot about a series of mysterious disappearances in the city (in addition to eight people seemingly vanished off the face of the earth are a sty of pigs, a panel of stained glass and a set of wind-up mechanical soldiers), but what is most memorable of all about the book is the evocative atmosphere and colorful characters.

You won't soon forget, among others, Dean Jerome, Boyce's Boy and the Paper Wizard. Happily, this delightful novel has a sequel, which I plan to read in the coming year.  Yet more happily, The Slype has been recently reprinted, in a most attractive edition. 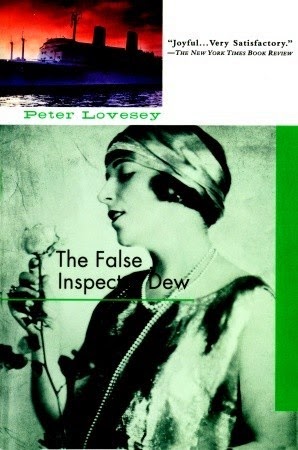 One of the very finest modern crime writers writing true detection today is Peter Lovesey, whose crime writing career now spans 44 years. His much-praised novel The False Inspector Dew is a superb homage to the classic English crime novel.  Both a witty suspense tale in the vein of Francis Iles (a man and his girlfriend plot the murder of the man's wife aboard an ocean liner) and a genuine fair play detective novel, Dew undoubtedly is one of the high points in British crime fiction of the modern era and will, I expect, delight readers for many years to come.  It certainly has delighted me every time I have read it!
Posted by The Passing Tramp at 2:47 PM