Well, here we are again, another year gone by and it's time for the third annual Best Books Blogged at The Passing Tramp, where I pick my twenty favorites of the novels I reviewed here in the fading year.  By my count in 2014 I reviewed 73 crime novels, short story collections and books on crime fiction and true crime (in 2012 I reviewed 72 and in 2012 77, so I am pretty consistent, I would say, averaging 74 books a year for the last three years).

The biggest disappointment among the novels undoubtedly was Sophie Hannah's The Monogram Murders, a well-meant but misbegotten Hercule Poirot continuation. Hannah is a great fan of Christie and I admire her outspoken advocacy of the important place of plot in crime fiction (the idea!), but, unfortunately, while it's clear from The Monogram Murders that Hannah loves plotting complexity, she seems, sadly, rather less enamored with clarity and, to use one of the late, great P. D. James' favorite words, credibility.

I'm by no means unalterably opposed to the idea of Christie pastiches, but I would like that they share some of the luster of our Queen of Crime's incomparable crown jewels.

There were other disappointing books that I blogged this year, particularly Lucy Worsley's brightly-written but sadly superficial take on, in part, Golden Age crime fiction, A Very British Murder (see my four-part unenthusiastic response) and the myopic The Cambridge Companion to American Crime Fiction, but let's not dwell on these matters any further this year!

I should also note that there were reviewed here as well this year some wonderful short story collections, like Daphne du Maurier's Don't Look Now, Cornell Woolrich's Speak to Me of Death, Charlotte Armstrong's Night Call, the Sarah Weinman edited Twisted Daughters, Troubled Wives and the splendid Golden Age group effort Six against the Yard.

But now on to the novels! 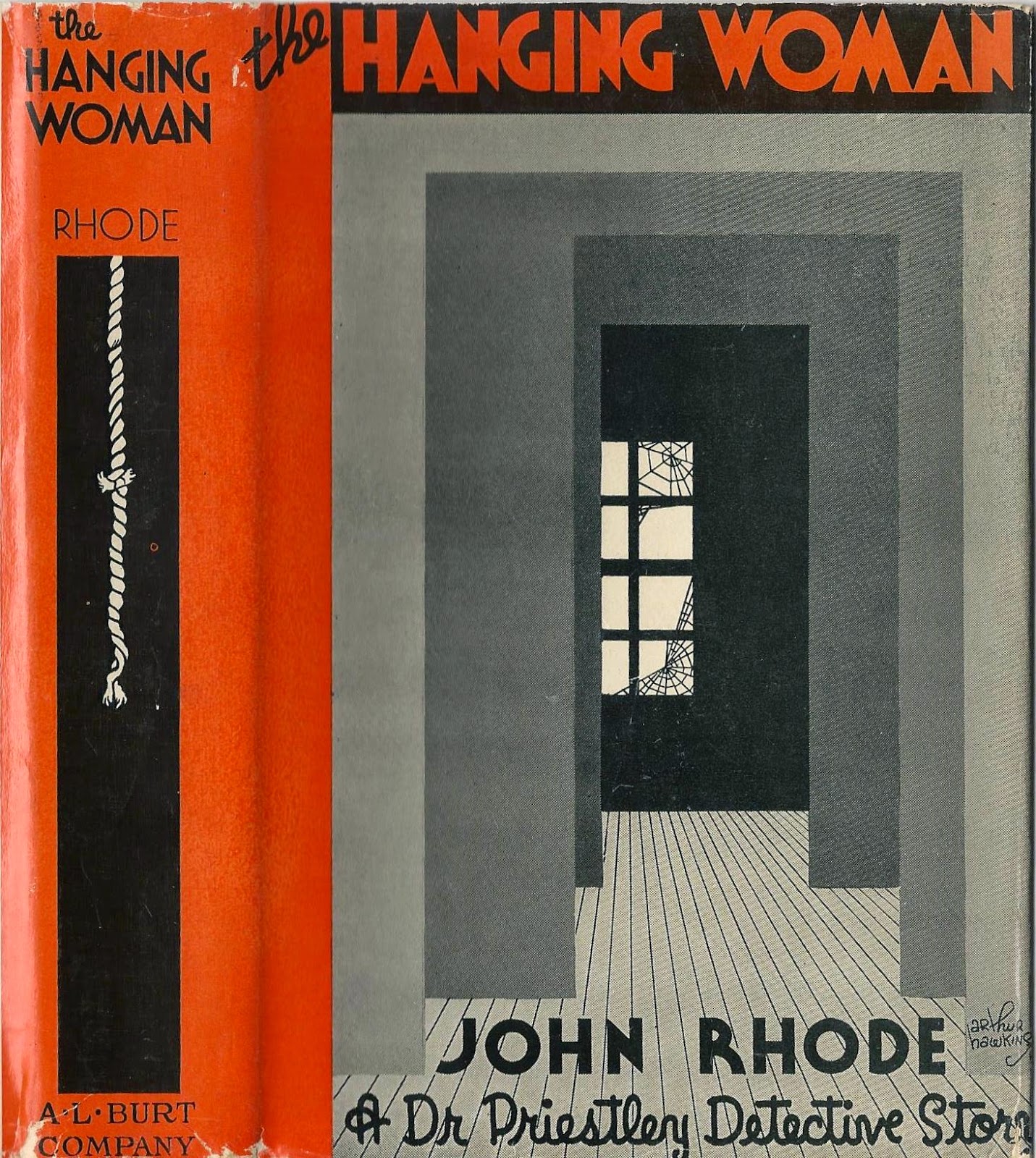 An impeccable crossing of the country house mystery with the early police procedural, narrated with Henry Wade's customary sober intelligence.

Who hanged the syphilitic Captain Herbert Sterron at Ferris Court? Scotland Yard's Inspector Lott, in his second and final appearance, races with county Superintendent Dawle to discover the truth. The reader should enjoy following their competition.

John Rhode preceded Henry Wade by a year with the classic plot of murder-disguised-as-hanging-suicide, again at a country house (this one complete with a rumored ghost). Appearing in Rhode's greatest decade, the 1930s, The Hanging Woman offers a rich mystery feast, brimming with material clues and meaty detection.  Additionally there is Rhode's dry humor, an interesting undercurrent of feminism and, of course, that formidable amateur detective, Dr. Lancelot Priestley. 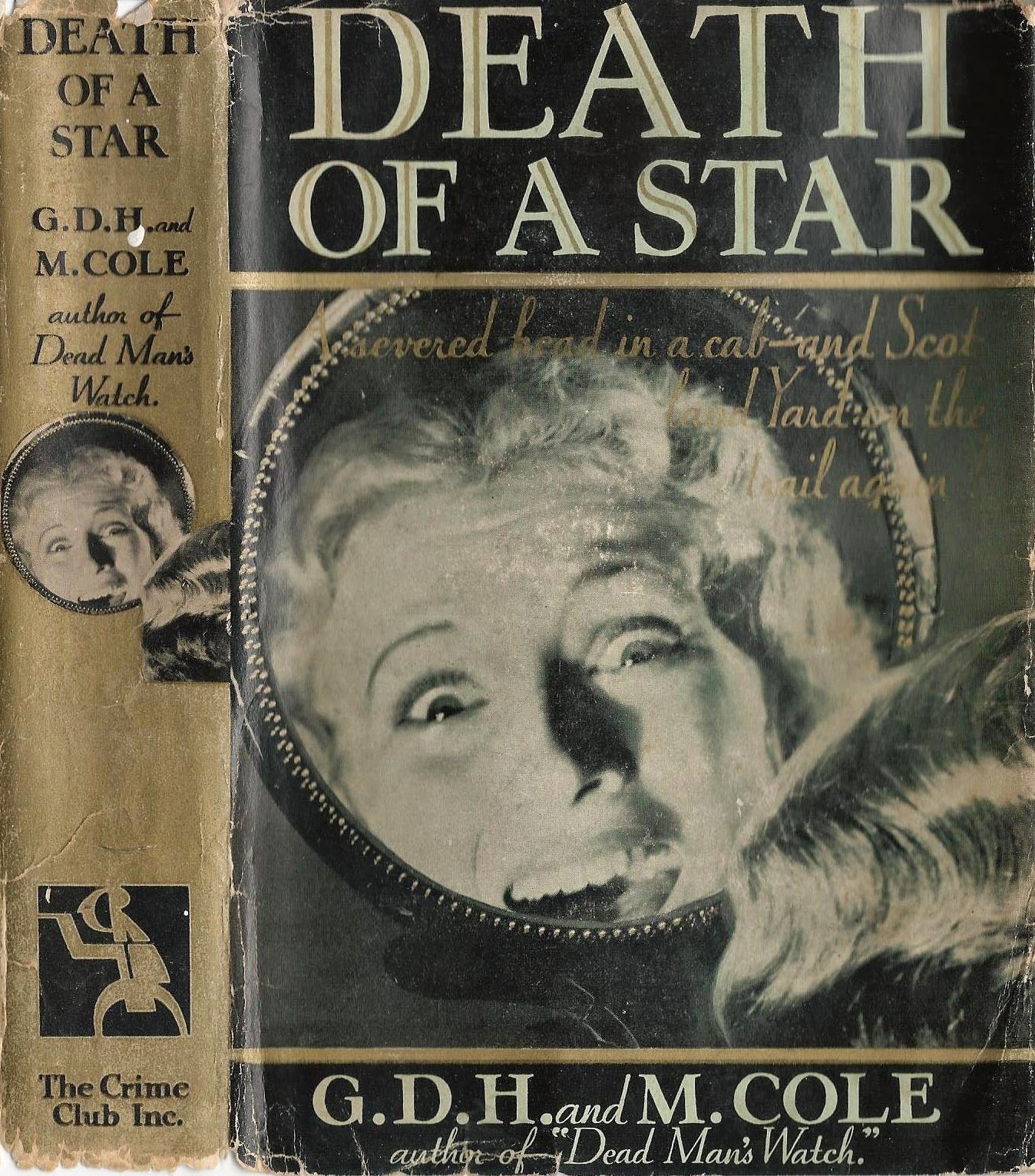 Completing this trio of fine early-thirties English detective novels is Death of a Star, one of the many detective novels by the academic socialists Douglas and Margaret Cole (this one was written mostly by Margaret).

It has often been stated that the Coles never took real world matters seriously in their crime fiction, but Death of a Star, which opens with the grisly discovery of actress Rita Morning's decapitated head in a fishbag left in the back seat of a taxicab, undercuts that claim.

The novel is one of the more notable examples of social realism in Thirties British crime fiction, taking a bleak look at the difficulties of those barely holding on to the perilous lower rungs of the economic ladder and portraying the police in a rather unattractive light. Additionally we have the winning presence of Margaret Cole's favorite recurring character, the genial toff Everard Blatchington.

For more on Henry Wade and the Coles see my forthcoming The Spectrum of English Murder and for more on John Rhode (Cecil John Charles Street) see my Masters of the "Humdrum" Mystery. Written with this English judge's customary brio, this delightful novel details the trial of a man accused of driving past a traffic halt without stopping and injuring a motorcyclist (since recovered).

The case against the man is based on the testimony of numerous supposed eyewitnesses, but we soon learn that perception is not necessarily reality. A fine story, full of humor (the testimony of the Blimpish Colonel Brain is a highlight), irony and insight, topped with one of Cecil's classic twists in the tail.

A good example of the witty English Thirties crime novel, with a classic setting in a Cranford-like English village still socially influenced by genteelly ossified, unmarried women (although their grip is loosening). Who poisoned Millicent Forster-Daintree, if not her recently acquitted husband?  It's an interesting problem in a tale filled with clever writing and compelling characters.