Murder as a Fine Art: Tom Adams and Agatha Christie

Illustrator Tom Adams seems to be everyone's favorite Agatha Christie paperback cover artist. Certainly he is mine--in part, I'll admit, because Christie Pocket paperbacks with Adams cover art introduced me to Christie back in 1974, when I was eight years old.

One summer when my family and I were living in Mexico City, I was with my mom at Sanborns Department Store when she purchased four Christie paperbacks off the rack, three with Adams art. I've been a Christie fan ever since.

But mostly Tom Adams is my favorite Christie cover artist because his cover art is so darn good. Concerning Christie cover art, Adams is best known for that which he did over many years for English paperback publisher Fontana (often intriguingly surrealistic), yet his beautiful American Pocket editions from the early Seventies are most familiar to me personally.

I have already shown Adams's cover art for Christie's Third Girl in my review of that book here (note also his Fontana Third Girl cover art); and below can be seen yet more Adams Christie paperback art, front and back covers included, since the wonderful paperbacks have wraparound illustrations. Enjoy!  Which are your favorites?

Also take note: A new edition of Tom Adams art, Tom Adams Uncovered: The Art of Agatha Christie and Beyond, with commentary by John Curran, is now available. 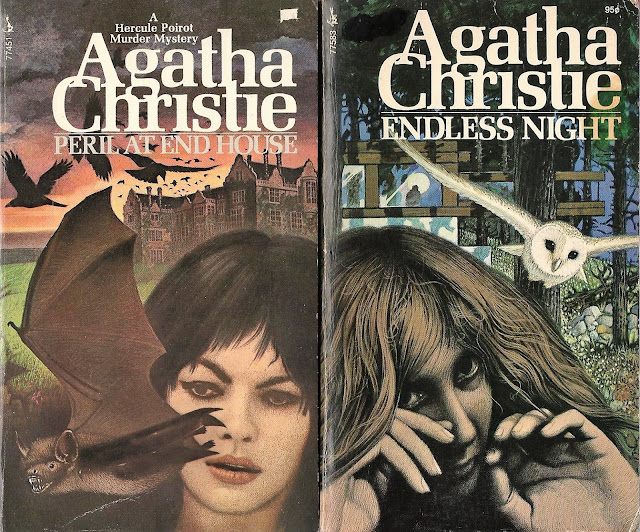 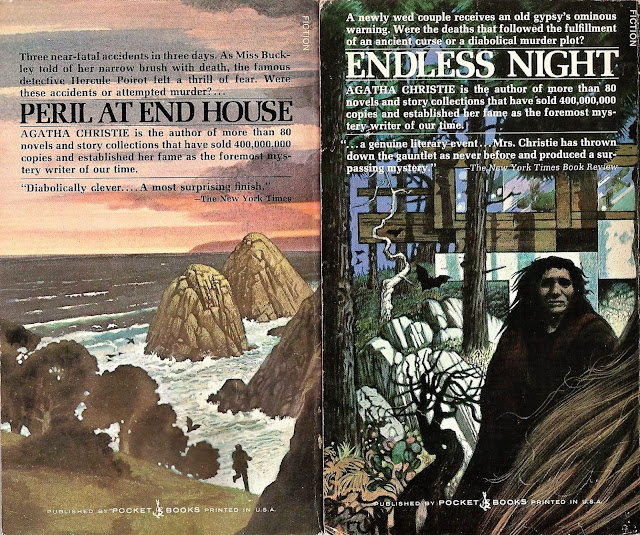 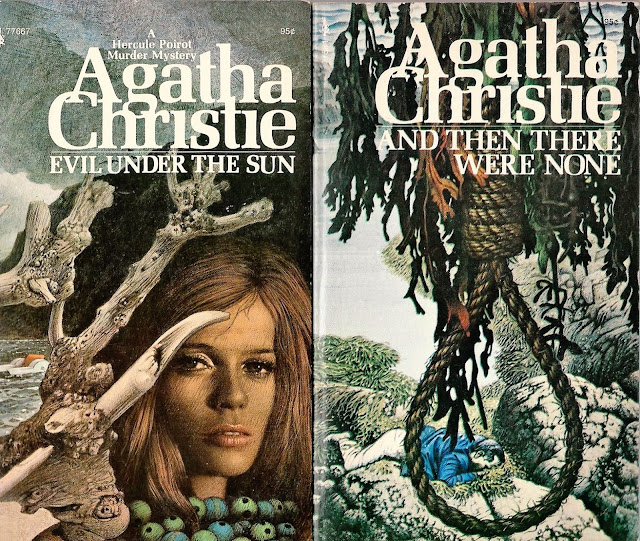 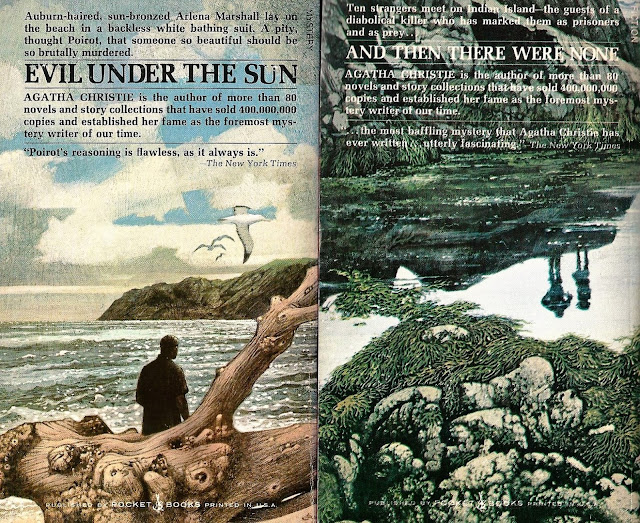 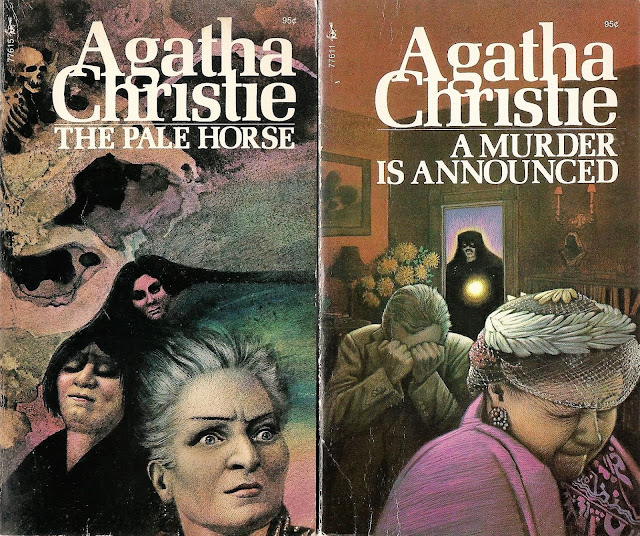 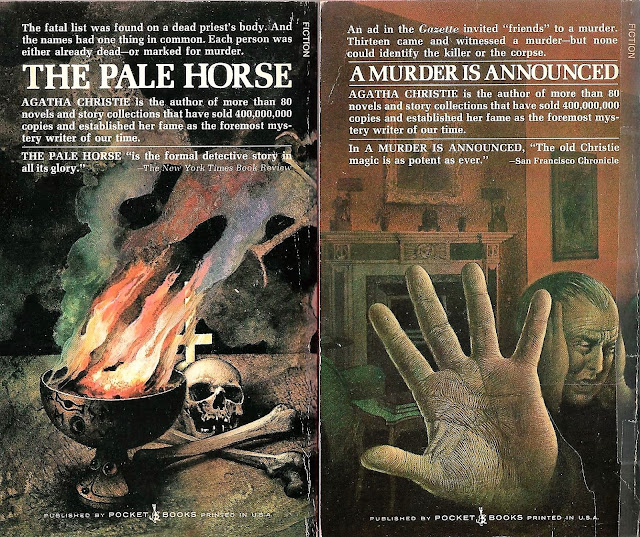 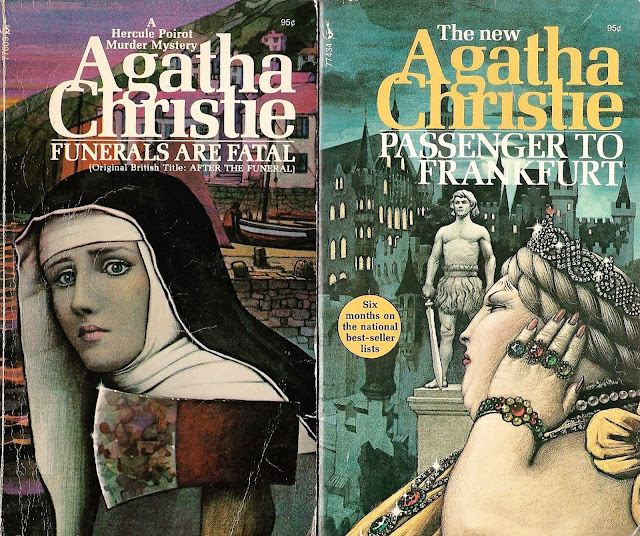 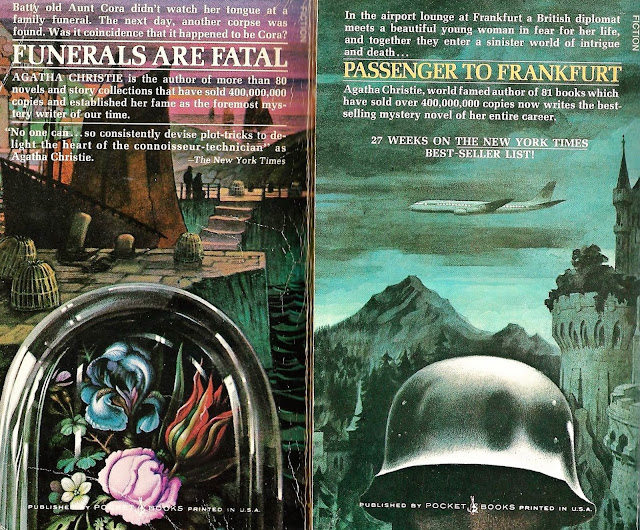 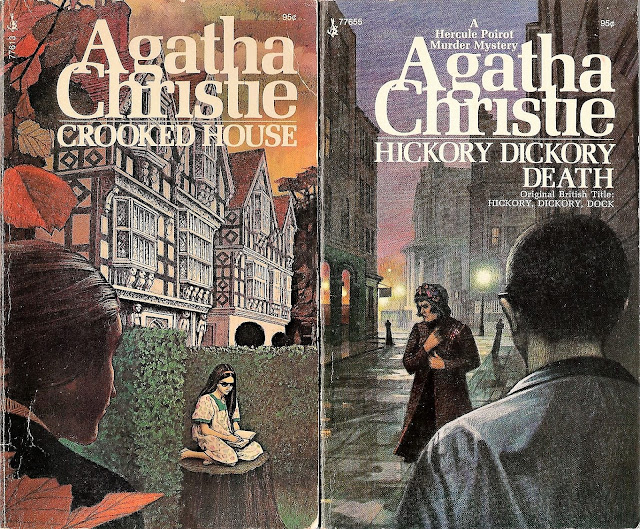 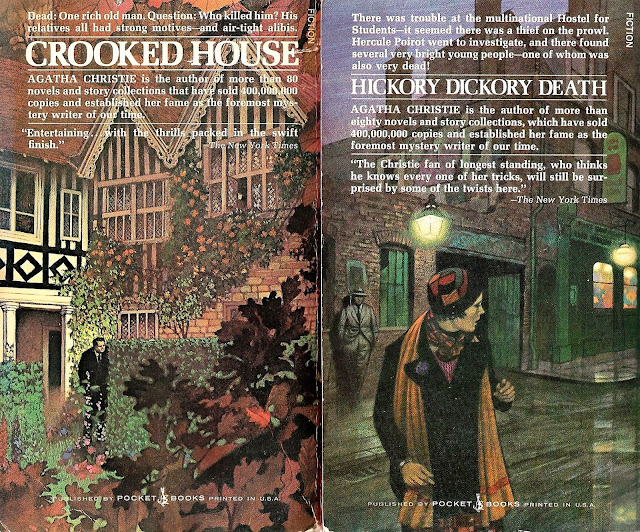 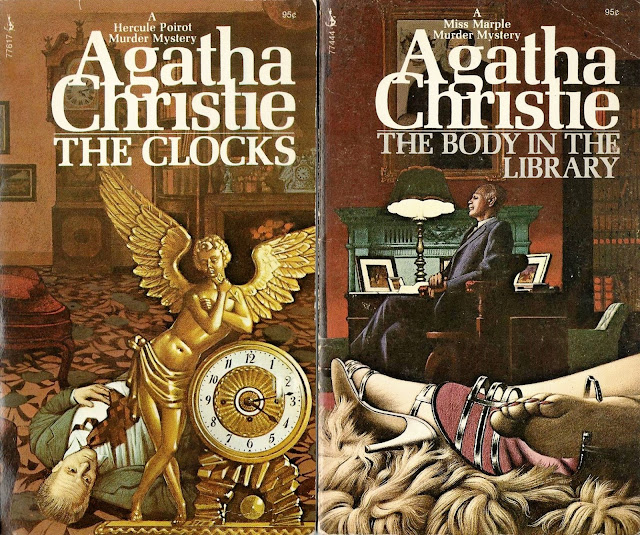 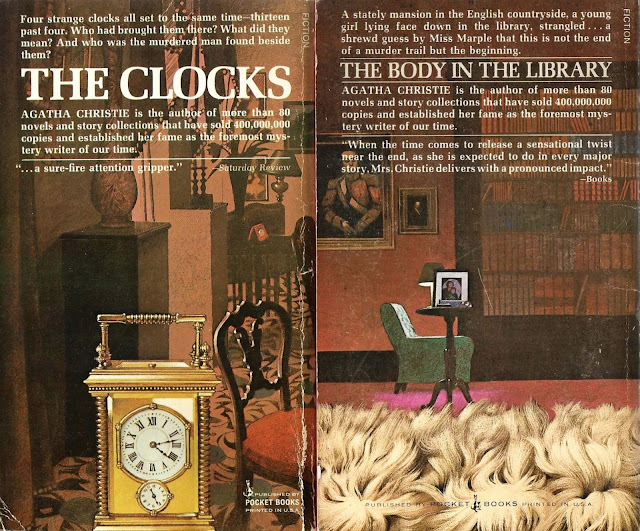 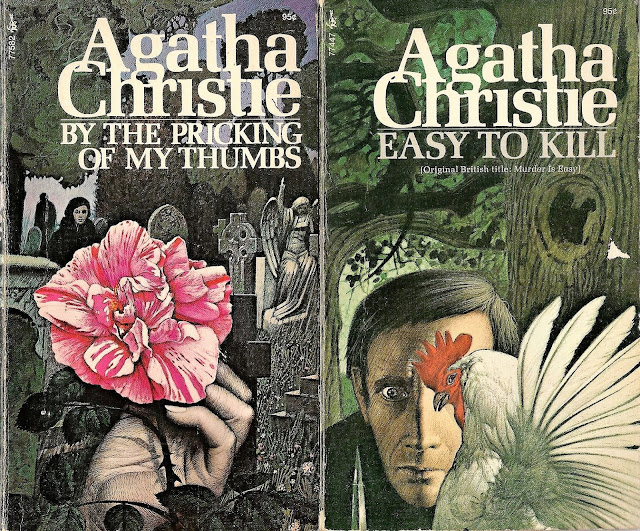 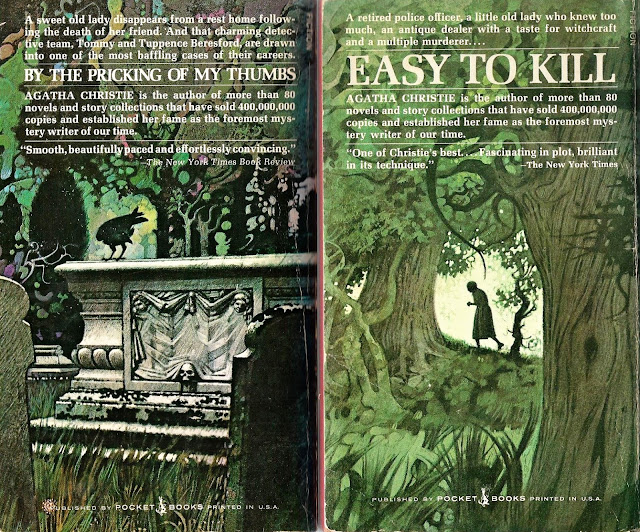 Posted by The Passing Tramp at 2:16 AM