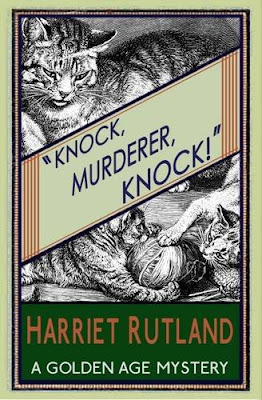 Under the pseudonym "Harriet Rutland," Olive Maude (Seers) Shimwell (1901-1962) published three detective novels around the time of the end of the Golden Age of detective fiction, as traditionally defined (roughly 1920 to 1940).

Along with such authors as Christianna Brand, Dorothy Bowers, and Elizabeth Ferrars, Rutland was one of the brightest British women newcomers to mystery writing to appear near the end of the Golden Age, producing between 1938 and 1942  a trio of detective novels distinguished by good plotting, witty writing and a sardonic and subversive sense of humor characteristic of Golden Age great Anthony Berkeley Cox.

Although the Rutland novels were very well-received in their day in both the UK and the US and Rutland was praised several decades ago in Jacques Barzun and Wendell Hertig Taylor's classic A Catalogue of Crime, Rutland received little notice in the internet era that I'm aware of until in 2010 I included her debut mystery, Knock, Murderer, Knock! (1938) on a list of my favorite Golden Age detective novels. 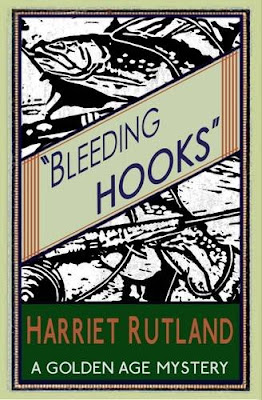 This in turn inspired the fine mystery blogger John Norris to seek out her work. At his Pretty Sinister blog in 2011 he reviewed Rutland's second detective novel, Bleeding Hooks (1940), and in 2015 he reviewed Knock, Murderer, Knock!

John gave both books strong recommendations, and I urge you to read his blog pieces, though you might want to wait until after you've read the Rutland novels for yourselves. You will now get your chance to do precisely this, as new editions are forthcoming very shortly from Dean Street Press of both these novels, as well as Rutland's third and final mystery, Blue Murder (1942). They are available for pre-order at both Amazon.com and Amazon.co.uk.

I have contributed introductions to each of the three reissued novels wherein I have drawn on additional information I have been able to glean about this mysterious author, about whom, as in the case of another recently revived author, Annie Haynes, virtually nothing was publicly known five years ago. 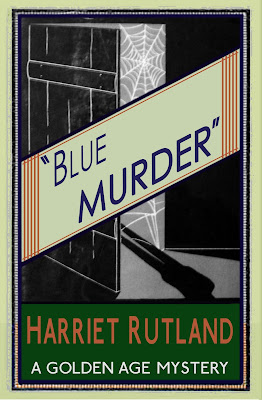 Rutland's novels should appeal to lovers of the Crime Queens Christie, Sayers, Allingham and Marsh, as well as such appealing ladies-in-waiting, if you will, as Christianna Brand and Georgette Heyer. The first of the tales takes place at a Devon spa, the second at a Welsh fishing hotel and the third at a headmaster's household in northern England. All are filled with cleverly-portrayed characters, acid wit and acrimony--just how most of us like it in our classic mysteries!

If you are a fan of classic crime fiction from the 1930s and 1940s, you really owe it to yourselves to give these books a look. They are some of my favorite "forgotten mysteries" from the period. I must say too that I really like these cover designs!

With attractive reissues of mysteries by Ianthe Jerrold, Annie Haynes, Harriet Rutland and E. R. Punshon, Dean Street Press is, like the British Library and other publishers, making a healthy contribution to the revival of vintage English crime fiction, something I have worked to encourage for some fifteen years now. More authors are on the way in 2016.
Posted by The Passing Tramp at 11:55 PM