This was the last season of filmed adaptation of Agatha Christie's Poirot short stories, pending the story cycle found in The Labors of Hercules.  As with the others, I will rate these on a one to five star (or asterisk) scale.

The Adventure of the Egyptian Tomb*****

A superlative Poirot outing: eerie, suspenseful, great on location shooting and sense of period, lots of horrid murders.  Obviously it's all a nod to the sensation that followed the discovery of Tutankhamun's fabulous tomb in 1922 (and the supposed curse that followed members of the expedition).

Here, the members of a tomb-hunting expedition are dropping like flies in the heat, dying right and left.  Is there a supernatural curse, or is some diabolical human fiend at work?  Will Poirot save the day?  But of course, mon ami! Hard to find any fault with this one.  Even Hastings gets something to do, making a solo side trip to New York (pay attention!).

A somewhat flat country house murder story.  This one's not really bad; there's just nothing particularly memorable about it. Here the adapters seem to have been stymied by the source material.  While quite long, the story "The Underdog" is just not very interesting.  nor is this adaptation. 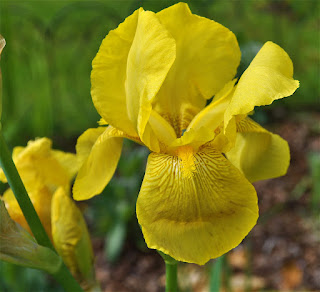 Another superlative episode, based on one of Christie's best short stories (she later expanded it into the novel Sparkling Cyanide).

This one shifts from Argentina to England, as murder in nearly identical circumstances strikes twice among the same circle of people (with Poirot on hand of course).  It's rather a sinister outing for the series, and more serious than was the norm back in the 1990s.

The puzzle is excellent too.  Though it uses one of Christie's classic ploys, chances are the viewer will miss it!  The ploy is impressively carried off, even though it's more challenging to do on screen than on the written page.

The Case of the Missing Will*

They say where there's a will there's a way, but here while the adapters may have found the will they couldn't find their way (sorry for the terrible puns).  They have my sympathy to some extent, however, because they were faced with having to adapt this lame tale, which is barely a sketch, and, indeed, probably the worst Poirot story Christie wrote.

They responded by completely rewriting the story (though there is still a missing will of course) Unfortunately, the story concocted for this episode, which deals with the higher education of women, feels like it came out of Dorothy L. Sayers, not Agatha Christie.  And as a fair play (or even coherent) mystery it's an absolute botch.  Call it Gauzy Night, if you will.  Agatha Christie herself never exhibited  poor plotting until near the very end of her writing career.

The Adventure of the Italian Nobleman*****

The original Christie story, about the murder of an Italian count, has a clever little puzzle, though the background, as is the case with many of the Poirot short stories, is thin.

The adapters here did a marvelous job of fleshing out the short story.  Here we have diplomats, gangsters and blackmailers, all mixed up in an entertaining and lively way.

The adapters had the brilliant notion of giving Miss Lemon (who was not much used this season) a romance of sorts with the manservant of the dead count, a device that works splendidly.  It's not textual Christie, admittedly, but it's tremendously entertaining.

A step into Poirot's past is occasioned when he accompanies Inspector Japp to Belgium, where Japp is to receive an award in honor of his distinguished police work (no kidding!).

Poirot tells the story of a murder case he was involved in long ago, when he was a young member of the Belgian police.  There's appealing pre-WW1, Continental atmosphere and nostalgia, though the murder plot is pretty simple.

This is one Christie's best short stories (which in fact exists as both a short story and a novella).  This adaptation is a fine one, preserving the story's first-class fair play puzzle (which employs a classic motive).

Outside of a vivid fire sequence, Mirror takes place mostly in the confined setting of a country house (complete with a most proper butler), but it's one of those fantastic modern ones this series showcased so frequently and evocatively.

The murder victim is one of the series' most memorable ones, plummily played by the late Iain Cuthbertson.  A youngish Jeremy Northam is in this one too, as the nephew, but he's pretty bland, sadly.

Jewel Robbery at the Grand Metropolitan****

The swan song of the short stories, this is a sprightly jewel theft case.

The original tale had a good plot, which is preserved and ably expanded in this adaptation.  It's all about the theft of a famous pearl necklace that in a publicity gimmick is being used as the key stage prop in an Edgar Wallace mystery thriller play about...the theft of a pearl necklace (cool! meta!).

A nice young couple gets the blame, but we know that can't be right--can it?

Fortunately Poirot, on a rest cure, is on hand!  As ever, he finds that crime is the best restorative.

Well, that completes my reviews of all the short story adaptations.  See these links for the others:

I will be back soon with my listing of the top twelve Poirot short story adaptations, according to Passing Tramps.
Posted by The Passing Tramp at 4:21 PM