Designs on Life, an  interesting collection of short stories by the prolific British crime writer Elizabeth Ferrars (1907-1995), appeared a little over three decades ago.  Last year, a second collection of Ferrars short stories was published by that fine short crime fiction publisher Crippen & Landru.  Before reviewing the Crippen & Landru volume, The Casebook of Jonas P. Jonas and Other Mysteries, I thought I would go back and reread Designs on Life and review it here.

In this 1980 collection, Elizabeth Ferrars gathered nine stories, most of them substantial, written between 1940 and 1980.  Ferrars had used the title Designs on Life before as the name of a suspense play by one of the fictional characters in her 1971 mystery A Stranger and Afraid.  Apparently she liked the title so much that she used it again nine years later for her short story collection!

The longest tale, The Dreadful Bell, also is the most recent one, having appeared for the first time in Designs on Life (it was reprinted in 1999, in the anthology Murder Most Scottish).  By my loose estimate, it's probably around 13,000 words, making it a novelette.

The next longest piece is After Death the Deluge (1940), apparently Ferrars' first published criminous work.  These two tales are, in my opinion, the cream of the collection, and I say more about them below.

I also highly recommend Scattter His Ashes, a 1970 story that appeared in the second volume of that excellent English short story anthology series Winter's Crimes, and The Truthful Witness, a 1958 tale of marital disharmony.

Scatter His Ashes involves the classic situation of the unhappy "spinster" daughter of a moneyed, imperious father who takes a husband whom Daddy insists is just a conniving fortune hunter--is he right?  A powerfully bleak tale, with a nice bit of deduction and a splendid last line.

The only Ferrars work adapted for radio, The Truthful Witness offers an effective depiction of marital discord resulting in murder, poignantly seen though the eyes of a child.  It rather reminded me of such Ruth Rendell short works as The Vinegar Mother.

Now on to the two chief selections!  With Scatter His Ashes and The Truthful Witness, they make up over half the volume. 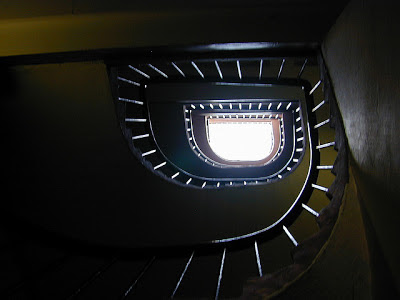 The Dreadful Bell tells of Helen and Colin Benson, a couple just moved into a third-floor flat in an old Georgian tenement in Edinburgh.  Helen is recovering from a car accident that occurred when the brakes in her vehicle went out, sending it "went slap into a lorry" (charming but feckless Colin, it seems, had neglected to get the second-hand car checked like he promised).

Now Helen is stumbling around on crutches, making that steep stairway in the house Colin found for them most inconvenient.  Fortunately there's old Mrs. Lambie, the owner of the house, in the adjacent flat, to help Helen.  And she has all those interesting stories to tell too, like the one about the past murder, by a husband of his inconvenient wife, that took place in the house....

This is a cracker of a suspense tale, like something that Alfred Hitchcock might have filmed for his television series.  The atmosphere of the old Scottish house is first-rate and the closing paragraph in particular is splendidly done.  There also is an echo--I'm sure deliberate--of Edith Wharton's classic ghost tale The Lady's Maid's Bell (1902).  However, I won't say more!  The Dreadful Bell is one of the best suspense stories I have read and one of the best works, I believe, in Ferrars' output.

Though she was born in Burma, Ferrars (whose real name was Morna MacTaggart) came of a Scottish family and lived with her husband between 1957 and 1977 in Edinburgh.  In her books she rarely used Edinburgh as a setting, however, and surely never better than in The Dreadful Bell.  Give this one a ring--if you dare!


But that particular moment, when her potato-peeler was ripping down the side of the second potato and her humming was sounding tunelessly in the small kitchen, was the last moment that evening when thoughts that grew out of her normal life had any room in Margaret's mind. 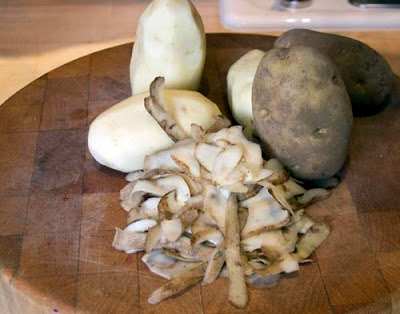 The long 1940 short story After Death the Delgue (about 8000 words by my loose count) tells of Margaret Haddow's night to remember, when the London flat she shares with her husband is flooded.  Indeed, water floods all over the block of flats, down to the basement lodging of Ferdinand Shew, borough councillor (Chairman of the Baths and Cemeteries Committee, don't you know).  Exploring the wreckage, the pair discover a battered body in a stairway cupboard.  Now a policeman is needed, as well as a plumber!

Deluge is a far less grim tale than Bell--and, for that matter, Scatter His Ashes and The Truthful Witness--but is has in common with Bell an atmospheric flats setting (the whole situation in Deluge is unique as far as I know).

There is also a good English policeman, Superintendent Cust, rather an appealing Inspector French type who appears in at least one of Ferrars' Toby Dyke detective novels (Your Neck in a Noose, 1942).  However, the crucial murder-solving piece of ratiocination belongs to the observant Margaret Haddow.  Deluge is a fine detective story, told in the best manner of the Golden Age Crime Queens.

Designs on Life was published in 1980 in both Britain and the United States and was recently reprinted by Langtail Press, a publishing concern directed by James Prichard, a great grandson of Agatha Christie.  It is worth your perusal.
Posted by The Passing Tramp at 2:02 AM