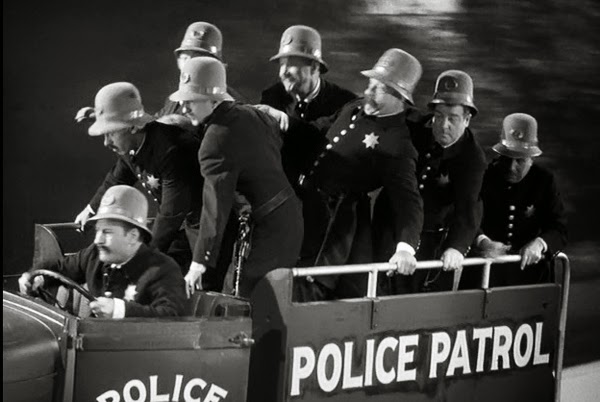 Successful comic crime stories, short or long, are rare.  One turns away with a shudder from the many Holmes parodies, and with not so much more cheerfulness from the conscientiously crazy detective stories of the English Pamela Branch and the Americans Craig Rice and Eliot Paul....

Symons did allow that "the post-war period has produced two successful writers of crime comedy," Joyce Porter (1924-1991) and Colin Watson (1920-1982).  I agree heartily about these two latter authors, although Symons essentially views Porter as a one-hit wonder (Dover One) and I think she wrote about a half-dozen excellent Dover novels, as well as a volume of Dover short stories.

I haven't read the crime novels of Pamela Branch or Eliot Paul, but I like Craig Rice's work, as well as that of Phoebe Atwood Taylor (also Alice Tilton) and  Rupert Croft Cooke (Leo Bruce), neither of whom Symons mentions.

How do you feel about comic crime?  I know Tom Schantz over at Rue Morgue Press is a great fan and that he has in fact reprinted Pamela Branch, as well as Conyth Little, another "zany" author, whom Symons mentions only is passing , along with other "American Golden Age" authors "whose work was highly regarded," Mignon Eberhart, Mabel Seeley, Helen Reilly and Elizabeth Daly (actually rather a disparate group).

Does comedy cut it with crime?  Does mirth mix with murder?  What do you think?
Posted by The Passing Tramp at 11:20 AM