From about three on, that was the lees of the night.  That was the time to watch out for. That was the time when the laughter died down, lights started thinning and the shadows came creeping on, and if you were smart you didn't hang around any more, you went on home.  It was a bad time.  "The Blue Hour," some of them called it.  "The Deathwatch," others.  It was a time when things sometimes happened. Things they told you about behind the back of the hand.... 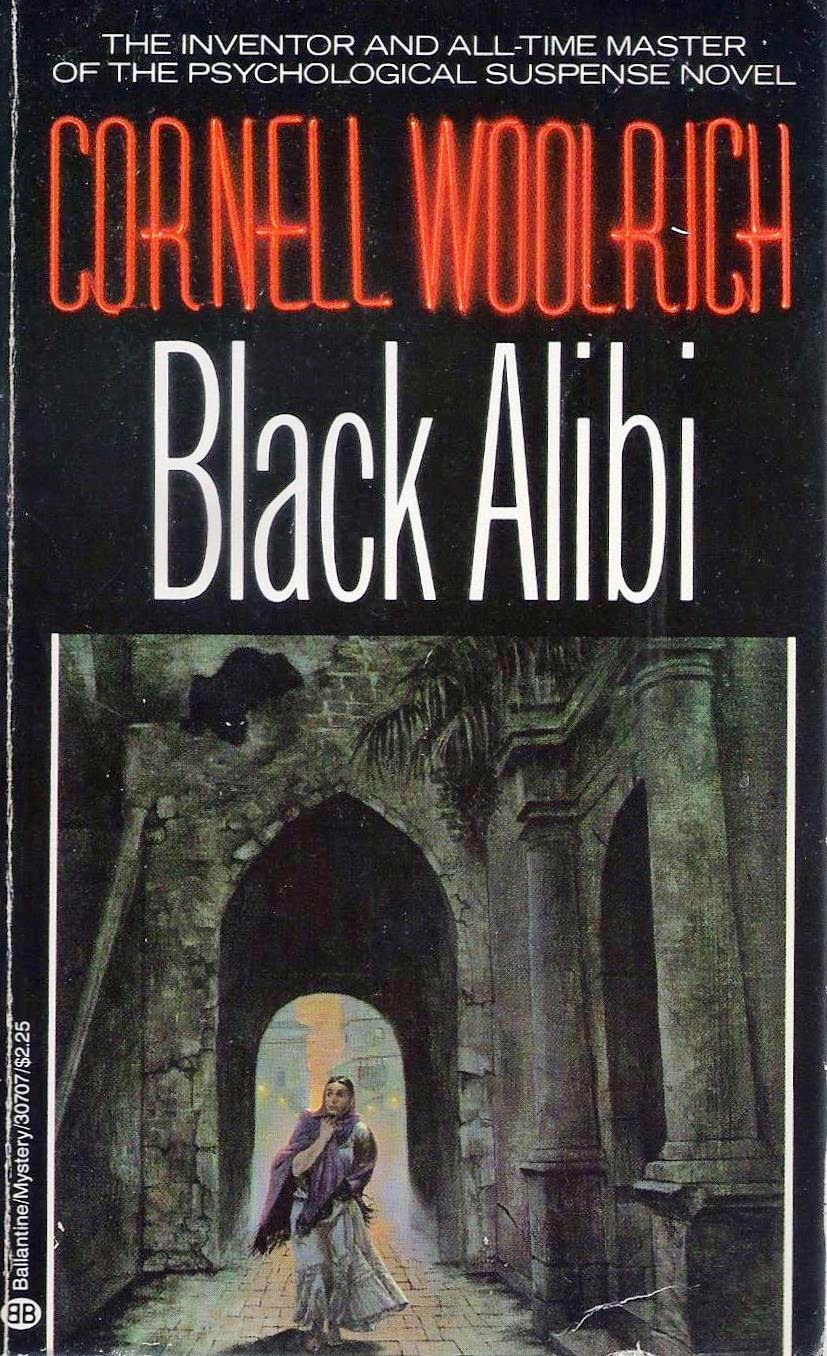 Cornell Woolrich's third "Black" novel, Black Alibi, usually does not get mentioned as a top favorite among Woolrich's novels (usually, it seems, it's The Bride Wore Black, Phantom Lady, Night Has a Thousand Eyes, Rendezvous in Black or I Married a Dead Man), but it's certainly one of my very favorites by the author. I'm far from the first person to say this, but let it be said again: Black Alibi has some of the finest suspense passages Cornell Woolrich ever wrote, as well as a memorable setting and interesting characters.

It was all the idea of that headstrong publicity agent, Jerry Manning, to have his client, American-born singing sensation Kiki Walker, attend the nightclub with an ostensibly tame black jaguar on a leash. No problem, right? Wrong.

The jaguar escapes down a street and disappears.  Soon people--young women, to be precise--start to die, the victims of monstrously savage attacks.  But is the monster making these attacks a jaguar--or something else?  Jerry Manning thinks the monster is a man--another Jack the Ripper--but the police don't believe him (when do the police ever people in these books?).  So Jerry comes up with a plan....

Like some other notable Woolrich novels, Black Alibi is episodically structured.  Between the opening and closing acts of the novel, the stage, darkly lit, is occupied by the solitary young women who for varied reasons walk the night, all the while stalked by a beast.

Each one of these chapters is a tour de force of suspense.  Making the set pieces even more suspenseful is the fact that Woolrich has painted each woman vividly and sympathetically, so that we care about the characters.  It's a masterful job, surely drawing on childhood years Woolrich spent in Mexico with his father.


The finale is well done too, although it takes us more into luridly lit Gothic corners, appropriately enough for the Poe of the pulps.  This part of the novel was substantially reworked for the Jacques Tourneur-directed film adaptation, The Leopard Man (1943), although most of the film is, happily, very faithful to the book (in fairness to the film, it would have been challenging to adapt the last section to screen, especially at that time).

I have never seen this commented upon anywhere else, but Black Alibi actually has a miracle of problem of sorts--how the jaguar vanished after streaking down the street--and both this problem and the ultimate solution to the murders are clued, albeit wispily.  To be sure, some of the solution is rather hard to swallow, but Woolrich wisely does not tarry with his explanation.

In his fiction Cornell Woolrich memorably filled the night with frightening meaning.  As has been said by others, he was the Edward Hopper of the printed page.  Just take a look at Hopper's Nighthawks, fittingly painted the same year Black Alibi was published, and you will see before you the urban world of Woolrich.
Posted by The Passing Tramp at 5:20 PM