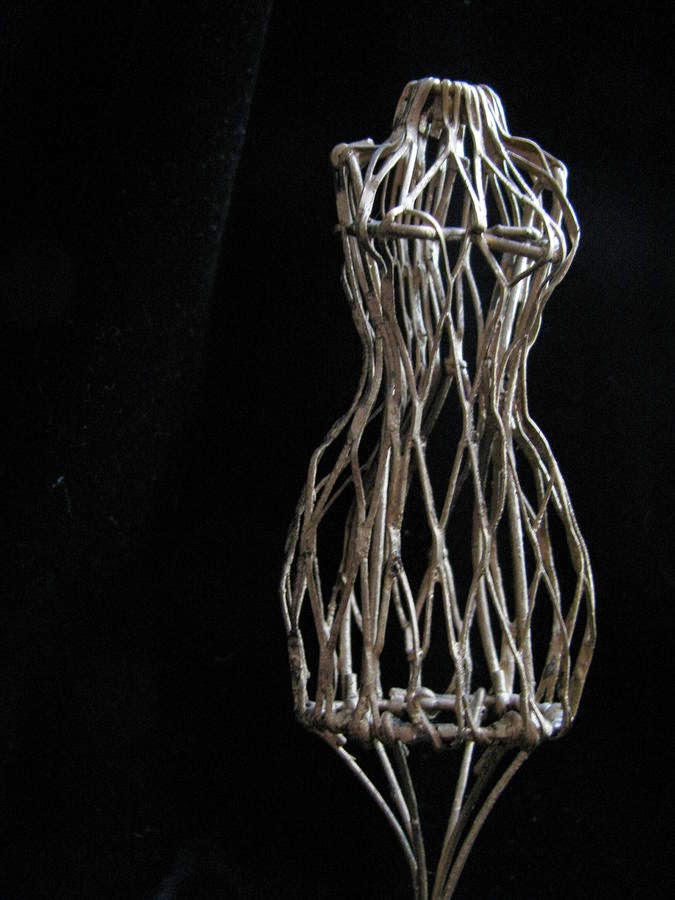 In this one a pretty young woman, Flora Gallant, wants to hire Nero Wolfe to find dirt on another woman, Bianca Voss, who has established an insidious influence over the business of her "illustrious dressmaker" brother, Alec Gallant.

From his office Wolfe talks to this woman, Voss, on the telephone, only to hear her scream out guttersnipe insults at him (mostly concerning his weight) before she seemingly is attacked and murdered. Investigating, Archie finds that Voss is indeed dead, having been bludgeoned and strangled.

There is a complicating element involving another woman, a very recently deceased actress named Sara Yare, which is reminiscent of Agatha Christie's Lord Edgware Dies (1933). In fact Stout, through Archie Goodwin, does not even attempt to pretend that we, the readers, are being fooled anymore by the mystery of the telephone call:

I will not explain at this point why Wolfe wanted to know if any of the subjects had known Sarah Yare and if so, how well, for two reasons: first, you have spotted it yourself; and, second, since I am not as smart as you are, I had not yet come up with the answer.

Including Flora Gallant, there are five suspects.  Wolfe identifies a killer, but, in truth, Stout could just as easily have made the culprit any one of four people (only one of the group is exonerated in an interesting way); there's not really a pleasing inevitability to the solution. While "Bitter End" (1940) is one of the best Wolfe novellas, not the same thing can be said of "Frame-Up for Murder," in my view; it has a rather perfunctory feel to it. I suppose I could call it "Lower End."

Good news though, the Wolfe novel And Be a Villain is one of the best, I think.  I'll have the review up soon, before I move to another author for Friday.
Posted by The Passing Tramp at 12:28 PM