As readers of this blog will have noticed, I have been writing more about American mystery writers the last year or so.  With the current book I am working on, I have become fascinated with the impact that American mystery had on British mystery.  Julian Symons called it "the American Revolution," but Symons, interesting as he so often is, has somewhat misjudged the exact nature of its impact, I think. 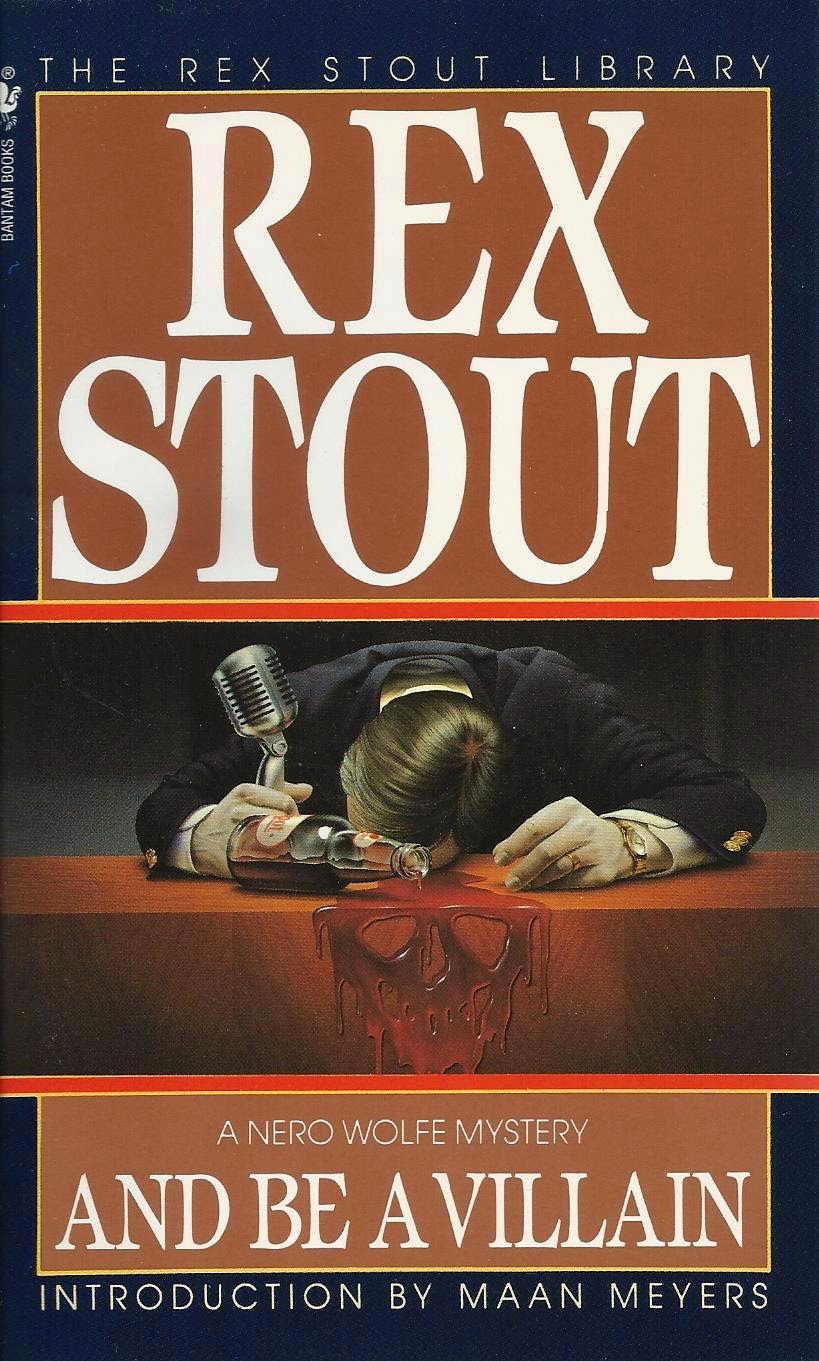 So earlier this month I was reading Cornell Woolrich, and now I am looking more intensively at Rex Stout, a writer I have enjoyed for nearly twenty years.

However, I have not read all the Stout crime novels, nor even the entire "Arnold Zeck trilogy" so well-known to Nero Wolfe fans.  Back in 2008 I read the first installment of the trilogy, And Be a Villain (1948), and very much enjoyed it. It has everything I love about Stout's mid-century Wolfe, including an amusing portrait of post-war corporate America.

I am reading over the book now and hope to have a post ready on it by tomorrow, as well as a second "Morsels of Murder" post, on the Wolfe novella "Frame-Up for Murder."

In the meantime, enjoy the image of the splendid Bantam paperback edition of And Be a Villain, one of the best in the 1990s Rex Stout Library series I think (this is my actual copy). The color scheme and the illustration are, well, to die for, I think!
Posted by The Passing Tramp at 12:19 AM