"She said Christine was trying to tell her something about us, that we would be in danger if we stayed in Venice...."

Daphne du Maurier (1907-1989) sometimes seems to get left out of crime fiction studies, not, I surmise, because she is seen as unworthy of the genre--she is a very well-regarded writer--but because she is seen, so the saying goes, as having transcended it.  Yet with several of her novels she produced some of the greatest modern Gothics, the best known of which remains Rebecca (1938). And then there is her short fiction. 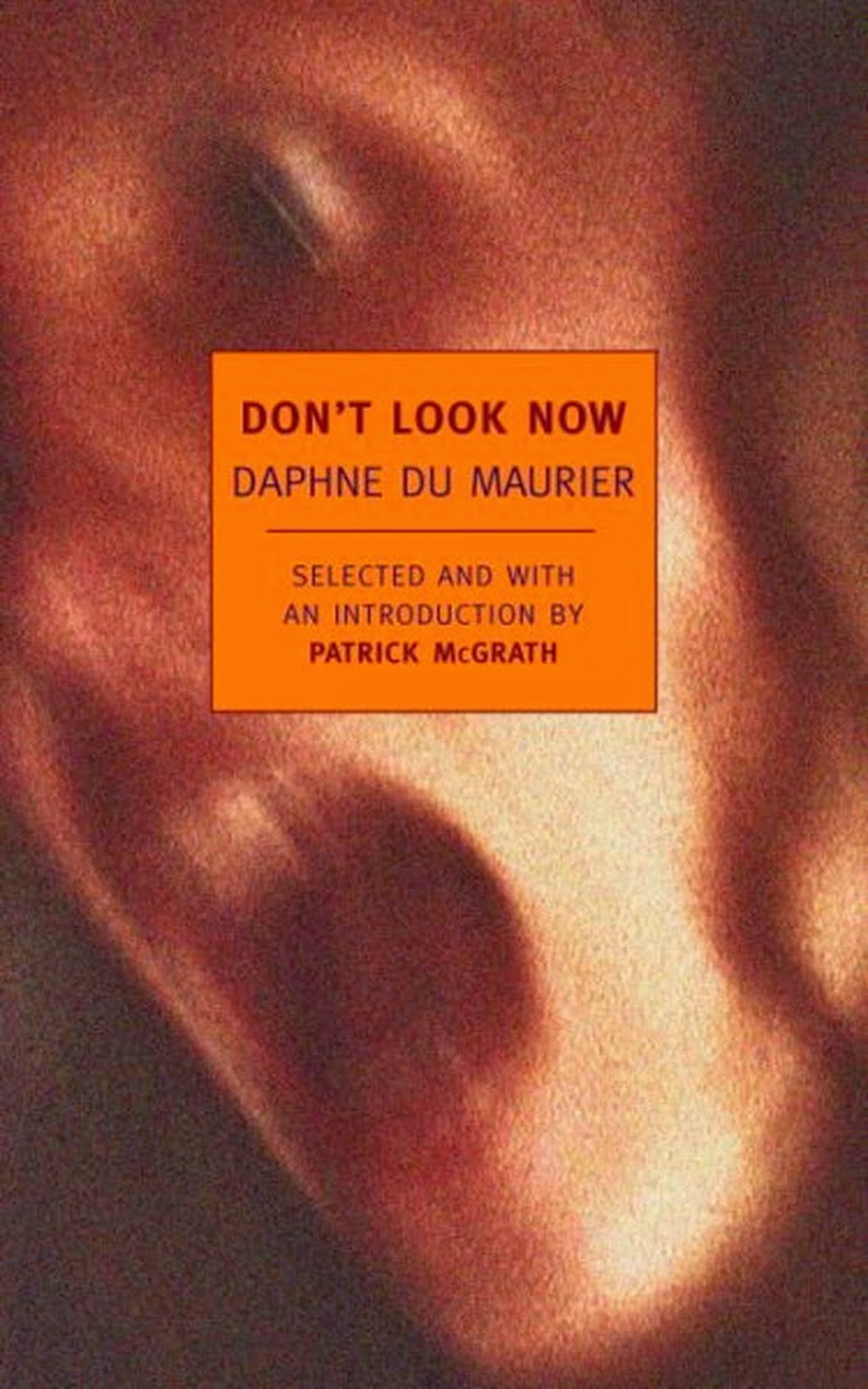 Don't Look Now is a collection from the quality imprint New York Review Books of nine du Maurier tales. Several of these works, I would argue, can be classified as crime fiction, including the superb title piece.

The novella "Don't Look Now" (1971) familiar to many, no doubt, from the much-praised 1973 film adaptation with Julie Christie and Donald Sutherland, is the story of a British couple vacationing in Italy, where they are trying to recover emotionally from the tragic death of their young daughter.

At dinner in a Venice restaurant a blind woman claiming to be clairvoyant (there with her sister) tells the wife that she saw the couple's dead daughter sitting with them.

The wife is inclined to believe this tale, while the husband thinks the sisters are crude crackpots or connivers.  The couple is also informed that they will be great danger if they stay in Venice, but again the husband scoffs.  Is he right to do so, or is there real peril for the grieving pair? Don't look now....

Venice makes such a creepy setting for s suspense story, and du Maurier makes the most of it.  "Don't Look Now" truly is one of the great short form suspense tales in the literature and if you have not yet read it--well, really you should. 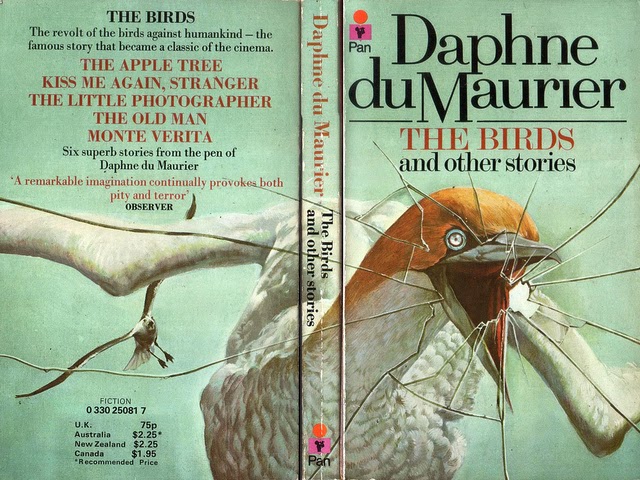 The second story, the novelette "The Birds" (1952, filmed in a typically loose adaptation by Alfred Hitchcock in 1963), is equally remarkable. Strictly speaking, it is outside this blog's purview, as it is not a crime story, but it is certainly a tale of suspense.

Probably most people here are generally familiar with the plot, wherein birds suddenly begin savagely attacking humans at a rural settlement in Cornwall (Hitchcock shifted the setting to northern California and made the protagonist a wealthy playgirl socialite, inevitably a blonde).

This is one of the most powerfully creepy tales I have ever read, a true masterwork of the storyteller's art.  I am an admirer of the Hitchcock film, but to me it does not attain the sheer elemental terror of du Maurier's original "end-of-the-world" story. 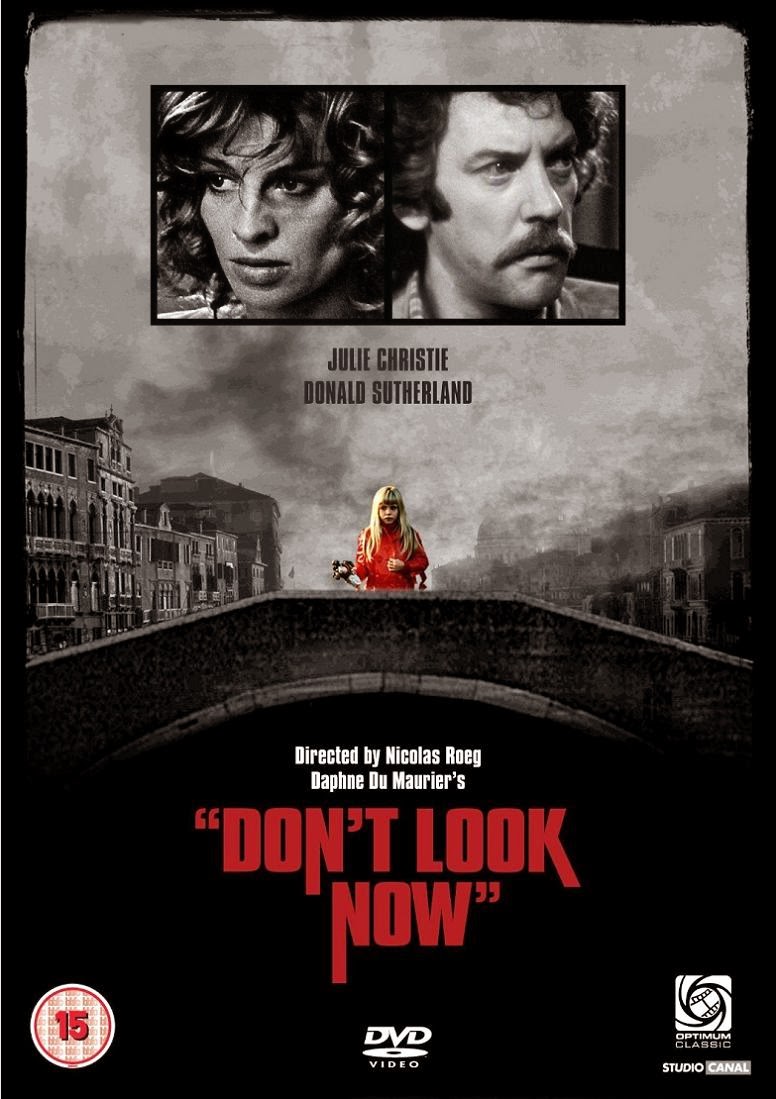 The shorter "Kiss Me Again, Stranger" (1952), which shares some affinity with "Don't Look Now," is another of du Maurier's best-known tales.

As editor Patrick McGrath suggests, this is masterful femme fatale story.  It may not be "hard-boiled," but it definitely packs a punch.

Another tale from the collection that I should mention is "The Blue Lenses" (1959), about a woman recovering in hospital from an eye operation who starts seeing things--people, actually--in a very different light. This is another one of du Maurier's best suspense stories, one about which one must restrain oneself from saying too much!

In Don't Look Now some terrific stories are omitted, such as "The Apple Tree" (1952), "The Old Man" (1952) and "The Alibi" (1959), but this is still a wonderful collection, splendidly produced by New York Review Books, who has made some other fine ventures into crime/suspense genre fiction, which you may see reviewed here in the future.
Posted by The Passing Tramp at 2:01 AM