Suspense is on the Line: Night Call (2014), by Charlotte Armstrong 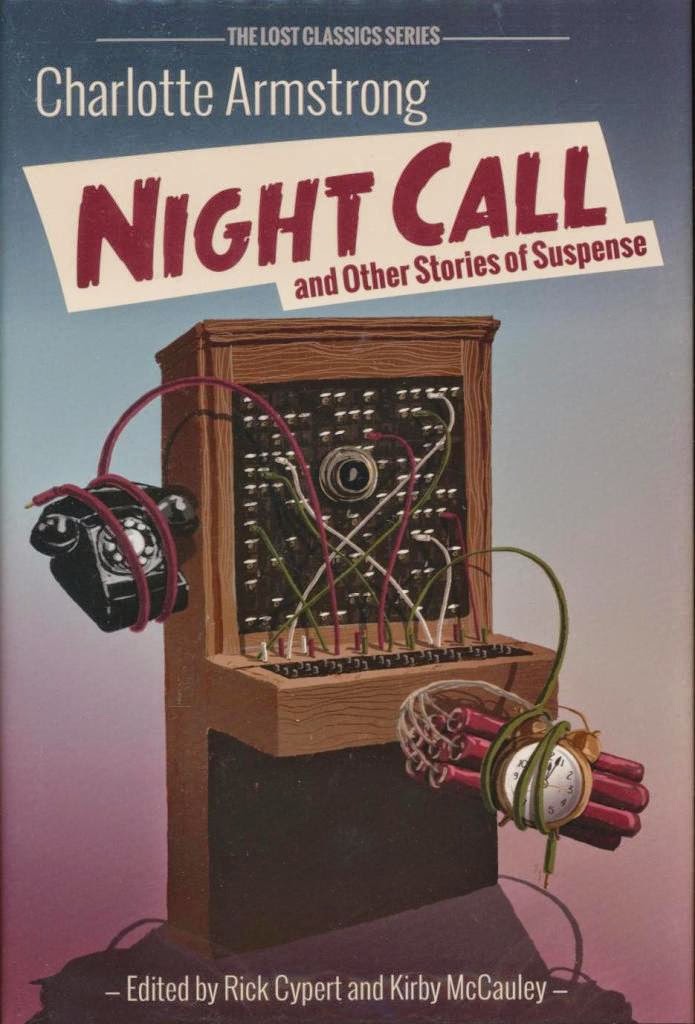 During her lifetime Armstrong published two short fiction collections: The Albatross (1957) and I See You (1966); a third collection, composed of pieces that appeared in Ellery Queen's Mystery Magazine in the 1960s, probably would have followed in the 1970s had not Armstrong passed away from cancer at the age of 64 in 1969 (it's sad to think we missed possibly two decades more of original fiction writing from this gifted author).

My favorite of the short story groupings is the section that concerns the "older women protagonists." One of these tales, "The Splintered Monday," about an old woman who solves a domestic murder in her family, is included in Weinman's anthology.  The two in this section I had not read before are "The Case for Miss Peacock" and "The Cool Ones."

Writer Kevin Killian has memorably dubbed Armstrong's wise elderly women her "Norns." They are indomitable women who invariably surmount the various crises thrown into their lives in Armstrong's tales.

In "The Case for Miss Peacock," the protagonist of the title is an older woman living alone in diminished circumstances but quiet dignity.  When she is accused of having robbed a lingerie store she must prove her alibi to an investigating policeman.  In the course of this excursion we learn much about Miss Peacock, just as she learns much about herself and the way the world sees her.  This is the essence of Armstrong in her mature years: gently humorous and life-affirming.  In tone I was reminded quite a bit of her classic, Edgar award-winning suspense novel, A Dram of Poison (1956).

"The Cool Ones" is more overtly dramatic, in that it deals with the kidnapping of an elderly woman and her efforts to save herself from the certain death that awaits her after her ransom is paid.  The theme of this suspenseful tale is the affinity between grandparents and grandchildren.  Old Mrs. Finney knows it is her grandson who can save her, if she can only leave him the right clues....This fine story was published in 1967, at the height of talk about "the generation gap." Here it isn't grandparents who are clueless about young people, but middle-aged parents.

"The Light Next Door" is included in the "male protagonists" section. It's a tale of suburban suspense that focuses on a man and his Dalmatian dog, Miggs (personally, I think Miggs is the real protagonist).

The editors note that Armstrong's books have been dubbed "suburban noir"; yet as is so often case, I think that here the term "noir," while no doubt important-sounding, is inapt.  Armstrong's work doesn't seem to me to have noir's requisite bleakness. To be sure, there is bleakness in "The Light Next Door," but there is also a redemptive image left flickering at the end.

This is another fine story, dealing with that classic scenario of a couple who begins to suspect that there is something odd going on with their neighbors (a middle-aged man, a former widower, and his new bride).  It cleverly updates Gothic motifs to suburban California in 1969.  Had it been published earlier in the 1960s, one might have seen it televised on the series Alfred Hitchcock Presents.

Of the stories with "younger female protagonists" I liked best "From out of the Garden," another tale that draws on Gothic tropes (especially the work of Edgar Allan Poe). However, in contrast with then-popular (1968) neo-Gothics, Armstrong takes the relationship between the young woman--an intrepid journalist investigating the long-ago disappearance of a wife--and the brooding, middle-aged man in the gloomy, old house in rather a different direction....

Night Call's two novelettes occupy  a third of the book's 300 pages; happily both are very good tales. "The Second Commandment," about a minister suspected of murder when his wealthy, decade-older bride falls to her death over the edge of a cliff, is a quite moving story that uses the occasion of sudden death to probe deeper spiritual issues about the human condition.

The previously unpublished "Man in the Road" is a real find: a fully-developed mystery "situation" about a career woman, Hallie White, returning home to visit the small desert town she left behind years ago, who in the early morning hours on a deserted road outside town hits a man darting in front of her car, by a store building called "The Rock Shop." 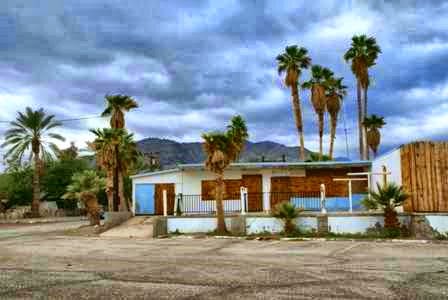 When after reporting the accident Hallie returns to the scene with the police, they find a dead man; and some in the town are soon muttering that Hallie is a hit-and-run killer. This tale is more a full-fledged detective story--and a real winner of one at that.  In addition to the interesting mystery, there is a richly-developed small-town atmosphere and a pleasing heroine with an appealing love interest in her old grade-school sweetheart, now a cop.

With its previous collections of short fiction by Margaret Millar and Vera Caspary--stories from both these collections, incidentally, are found in Weinman's recent anthology--Crippen & Landru had already made an important contribution to the field of mid-century women's crime fiction.  That contribution has become even more profound with Charlotte Armstrong's Night Call.  If you liked Sarah Weinman's Troubled Daughters, Twisted Wives, you should definitely consider picking up Night Call.  It is available in paperback and hardback, the latter an especially well-fashioned edition.

Note: Also included in the book are an Afterword about Charlotte Armstrong by her son Jerry Lewi and a bibliography of Armstrong's published short fiction, serialized novels and novels.