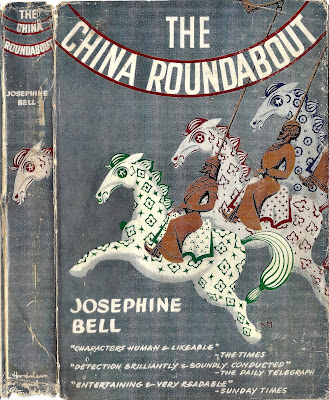 "KM," to use Joan Kiddell-Monroe's signature on her work, studied at the Chelsea School of Art and, reminiscent of Dorothy L. Sayers, was briefly employed in the advertising industry before she became a successful freelance artist.

In the 1940s and 1950s KM was a prominent illustrator of children's books, particularly those dealing with world myths and legends; yet she also, more pertinent to this blog, did some crime fiction illustrations for Hodder & Stoughton, evidently having come the publisher's way through the illustrations she drew for the Nettleford series of books by Malcolm Saville (1901-1982), the popular English children's author (and Enid Blyton rival). 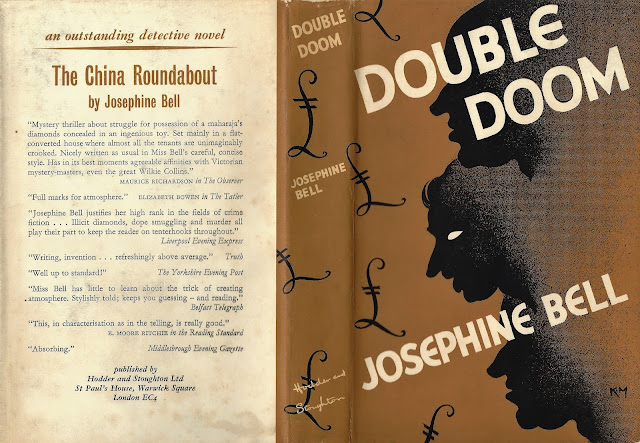 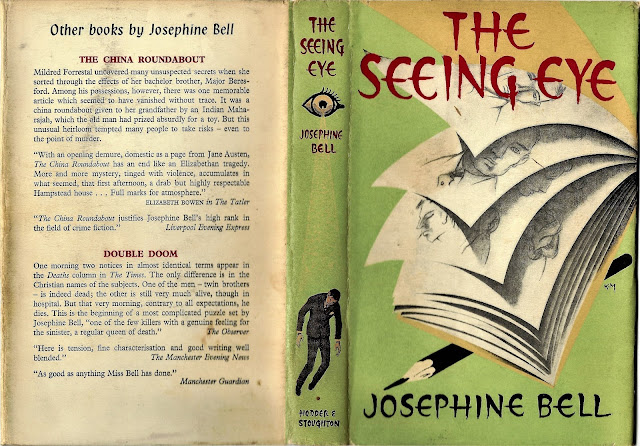 I'll be reviewing two of the above books pretty soon, incidentally, but not before I post some reviews of books by other authors, in case you are tiring of all this Bell-ringing.  But I will add now that have dug up some interesting personal detail about Bell and her tragic connection to another (short-lived) English detective novelist.  Stay tuned!  Same Tramp time, same Tramp channel, to borrow from Batman, my favorite syndicated television series, along with Scooby-Doo and The Munsters, as a child. RIP Adam West. 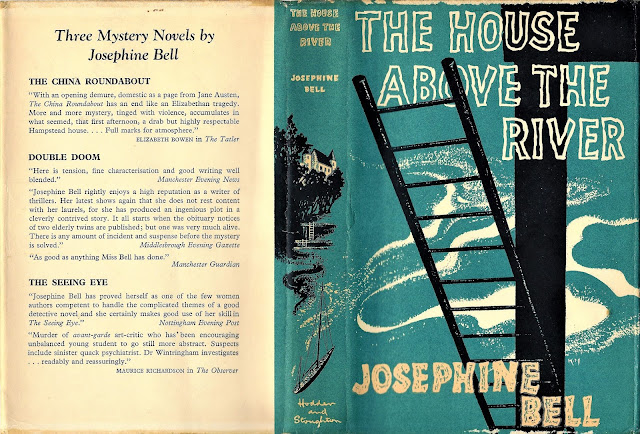 Posted by The Passing Tramp at 5:02 PM