I have read about half the crime novels of Elizabeth Daly (an American crime writer primarily of the 1940s whom Agatha Christie greatly enjoyed), and enjoyed most of them. She is one of the fortunate past mystery masters whose works are being reprinted by Felony & Mayhem, a fine mystery press. I reviewed Daly's Night Walk (1947) here.

Before Felony & Mayhem came along, however, Bantam reprinted Daly in a nice paperback series in the 1980s. Crime novel covers in the 1970s and 1980s could be so ticky-tacky or just plain boring. 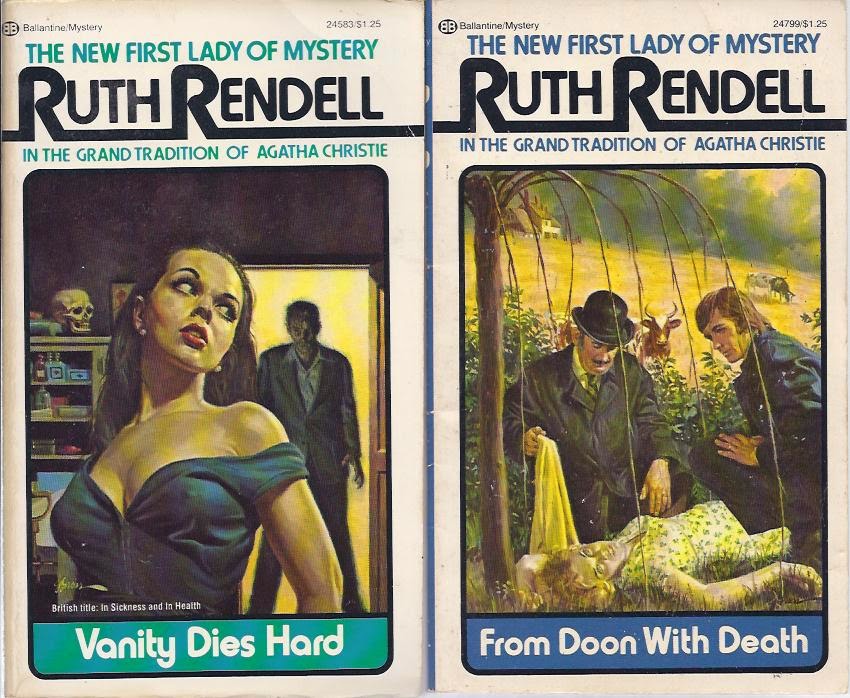 I'm guessing Rendell didn't think much of these covers--and she probably bristled at the declaration that she was following "in the grand tradition of Agatha Christie" (they used to say the same thing about P. D. James too).

However, back when I first got these books below on the used market in the 1990s I thought Bantam did a great job with the Daly covers, commissioned from artist Dennis Ziemienski (here is his website, if you want to see what he's doing currently): 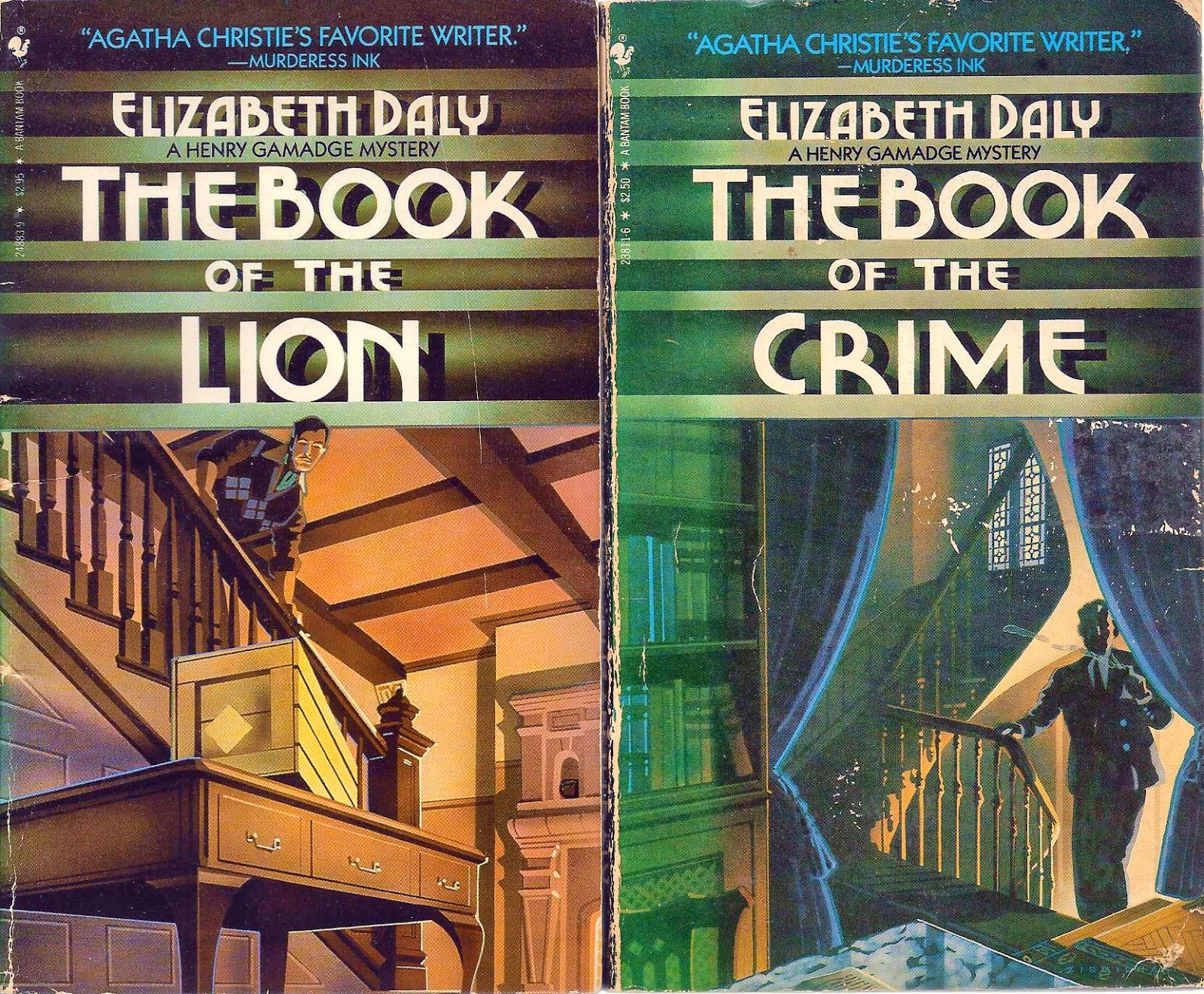 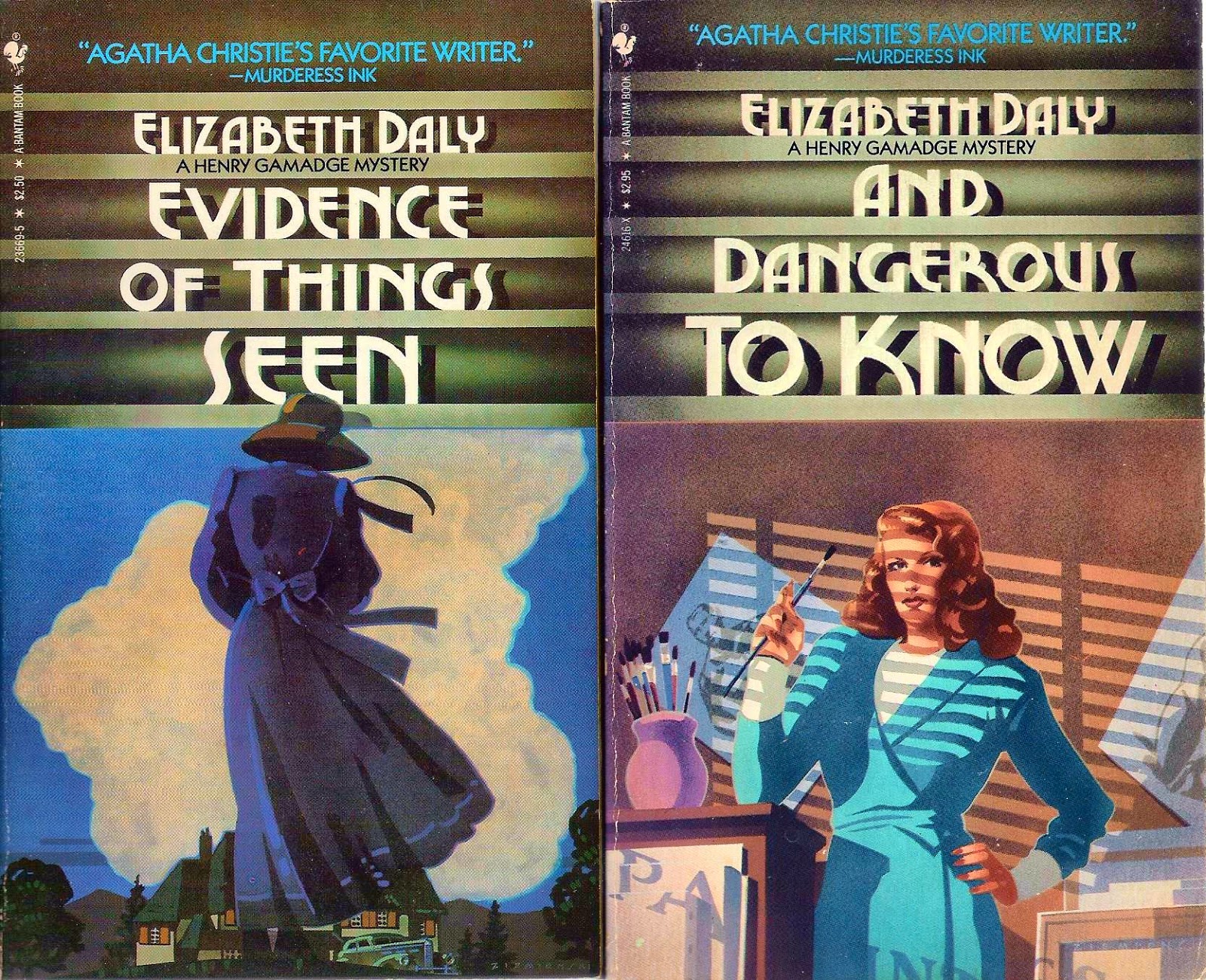 The ghostly figure in the old-fashioned dress and sunbonnet has appealed not only to readers but to book illustrators ever since Evidence of Things Seen was originally published seventy-one years ago, as you can see below, right up to the recent Felony & Mayhem version (although there was a bit of an aberration in the mod sixties--though I suppose that could be the ghost's eye): 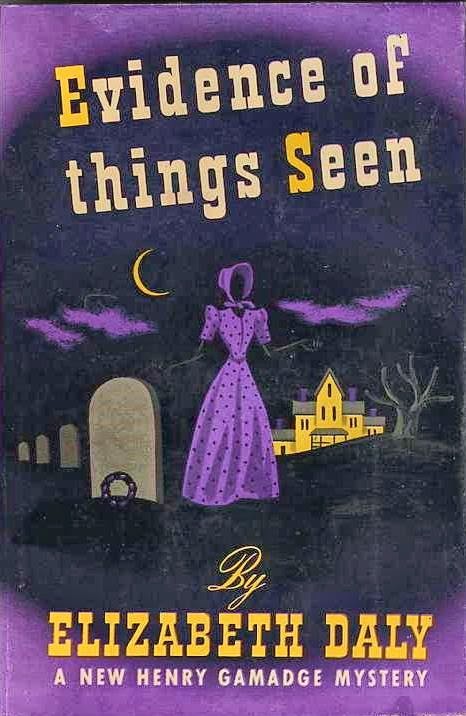 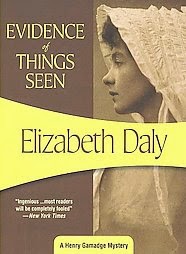 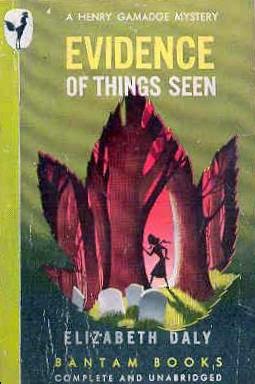 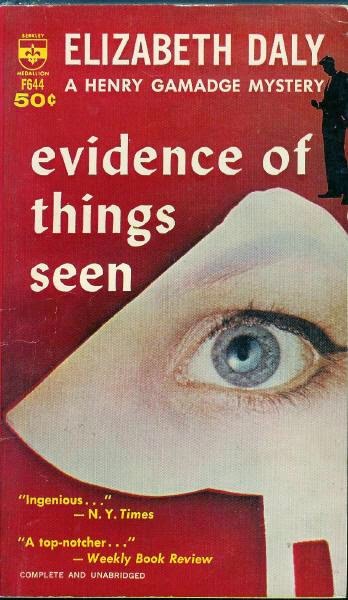 Happily Daly has been favored by paperback publishers over the years, because Daly hardcovers are hard to find!
Posted by The Passing Tramp at 1:24 PM