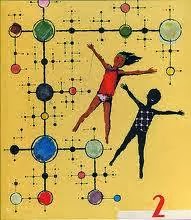 News has come that the BBC and the Agatha Christie estate, never ones seemingly to squander an opportunity, plan to go "Sherlock" with the Queen of Crime's third-string sleuths, Tommy and Tuppence, and modernize them in a new adaptation of the 1929 short story collection Partners in Crime (though they are only going to go "halfway," so to speak, setting the series in the 1950s).

I have mixed feelings about this.  Tommy and Tuppence seem such creatures of the Jazz Age--classic bright young things--in Partners and Crime and the novel The Secret Adversary (1922).

Even when middle-aged (N or M?, 1941) and elderly (By the Pricking of My Thumbs, 1968, Postern of Fate, 1973), the spirit of the twenties still dances within them (of course some people find that aspect of T & T rather tiresome--even Christie fan Robert Barnard harrumphed about the couple's "intolerably high spirits").

Will ripping them from the art deco twenties and dropping them into the atomic fifties work? Will Tommy and Tuppence now bandy quips while sipping cocktails at a tiki bar?

Of course I know people can say, well, what about Sherlock?

So many people thought Arthur Conan Doyle's classic creation was all about gaslight and hansom cabs, yet the modern-set series has been hugely successful.  But still I don't know about Partners in Crime.

I think Holmes and Watson are such strong, timeless archetypes that they could appear in any age and place and win us over.

But in any event, the die is cast, and we shall see whether it comes up craps or not.

I thought I might take this opportunity to review a bit this week the subject of Agatha Christie's thrillers, the disrespected "poor relation" of her work.

Speaking of crime in the mid-twentieth-century, I have finally resolved to read Christie's Destination Unknown (1954), the only mystery by her I have not even started.

However I'm going to start next week talking about our old pals Tommy and Tuppence.

The only Christie, incidentally, that I have started and never been able to complete was the decidedly odd Passenger to Frankfurt (1970)--don't know whether I should give that a try again, just to say that I have really read them all!
Posted by The Passing Tramp at 2:13 PM