Anthony Rolls is one of the crime writers whom Julian Symons in his seminal genre study Bloody Murder mentions as one of the "followers" of Francis Iles, the name under which Anthony Berkeley Cox wrote three psychological crime novels, the two best known of which by far are Malice Aforethought (1931) and Before the Fact (1932).

Symons  lists three followers in addition to Rolls--Richard Hull, F. Tennyson Jesse and Raymond Postgate--and designates this group the "Iles school."  He concludes that this school "showed a certain lack of staying power" and that "for the time being [Iles'] influence faded."

Symons actually much underestimates the significance of the psychological crime novel, both in Great Britain and the United States, during the Golden Age, by attributing the innovation seemingly exclusively to this so-called "Iles school."  Important as Francis Iles undeniably was in developing psychological crime fiction, there were a number of other significant authors who worked this vein in the same period, proficiently and apparently independently of the immediate influence of Francis Iles.

However, I will leave this matter for another time and place and consider specifically the case of Anthony Rolls. There is no question, it seems to me, but that his first crime novel, The Vicar's Experiments (1932; cutely retitled Clerical Error in the United States), was influenced by Iles' Malice Aforethought, which preceded it by a year.  Like Malice, it details the actions of  man plotting a murder, in this case a vicar who suddenly snaps mentally, deciding that he has "been chosen by the Inscrutable Purpose to be the destroyer of Colonel Cargoy" (an obnoxious and influential parishioner).

It's an idea that allows scope for some wicked satire--Peter Lovesey memorably used a similar plot in The Reaper (2000) nearly seventy years later (without being familiar with Rolls' book, he later told me)--but I agree with Symons that "the story sadly falters once suspicion of the clergyman has been aroused."

But this is not the end of Anthony Rolls' story.

Symons goes on to write that "Rolls' later books, published twenty years and more after The Vicar's Experiments, did not repeat its [presumably relative--TPT] success."  I agree with Symons that the crime novels Rolls published between 1952 and 1963 (under his actual name, C. E. Vulliamy) are inferior works, far too arch for their own good. They might be said to resemble Michael Innes at his most precious and whimsical--and then some! 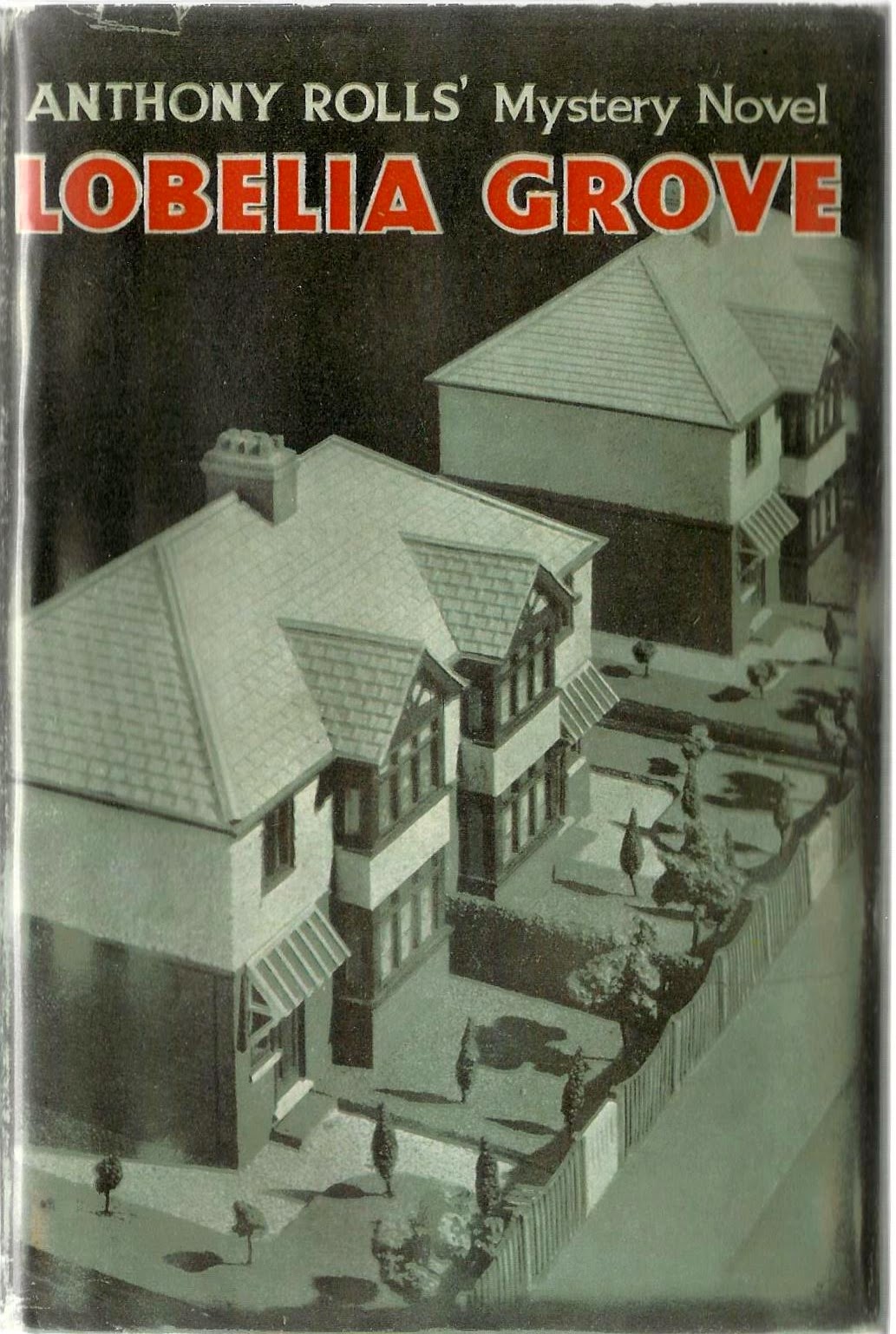 Yet Symons seems not to have been aware that there were three additional Anthony Rolls crime novels published in the 1930s: Lobelia Grove (1932), Family Matters (1933) and Scarweather (1934).

Each one of these novels is, in my opinion, more original than as well as superior to The Vicar's Experiments. Together with Experiments, these works constitute a notable body of British psychological crime fiction that deserves resuscitation today. I plan to write in full detail about all four of the Anthony Rolls novels in an article for the next issue of CADS, but, having just completed the last of them, Scarweather, I thought I would post some immediate impressions about it this weekend.

There will as well be some more about Anthony Rolls--or, I should say, Colwyn Edward Vulliamy (here is a portrait of the distinguished  author-to-be, done over a century ago).