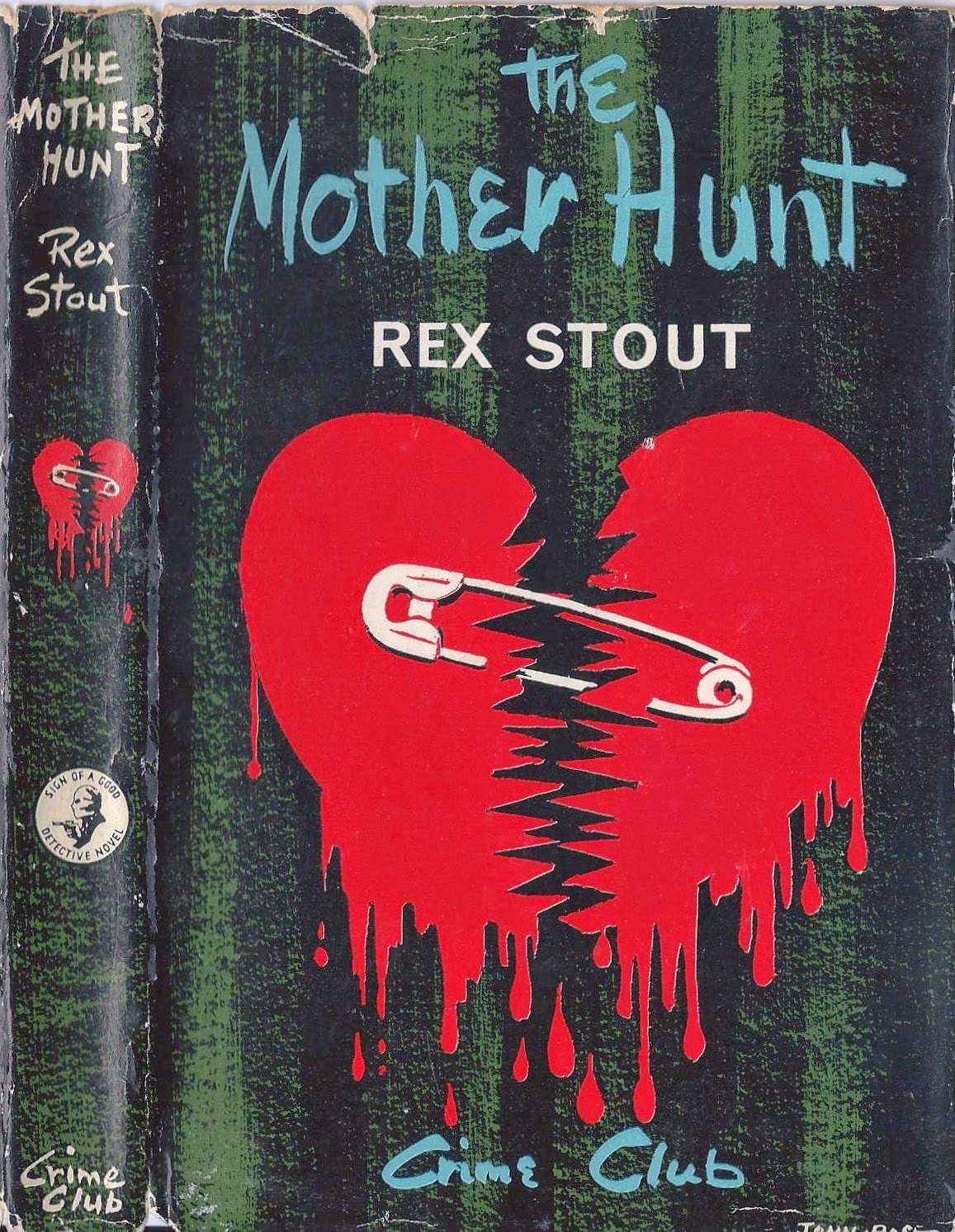 Certainly the jackets of The Mother Hunt and Gambit (the latter one of my favorite Wolfe novels) are reminiscent of each other, with their bold colors and striking images.

I love the giant chess pieces and the poison bottle on the endless board on Gambit and the dripping, jaggedly "broken" heart, held together by a safety pin, on The Mother Hunt: these are memorable symbolic designs that dovetail wonderfully with the plots of the books (also dig that sixties avocado background color on The Mother Hunt). 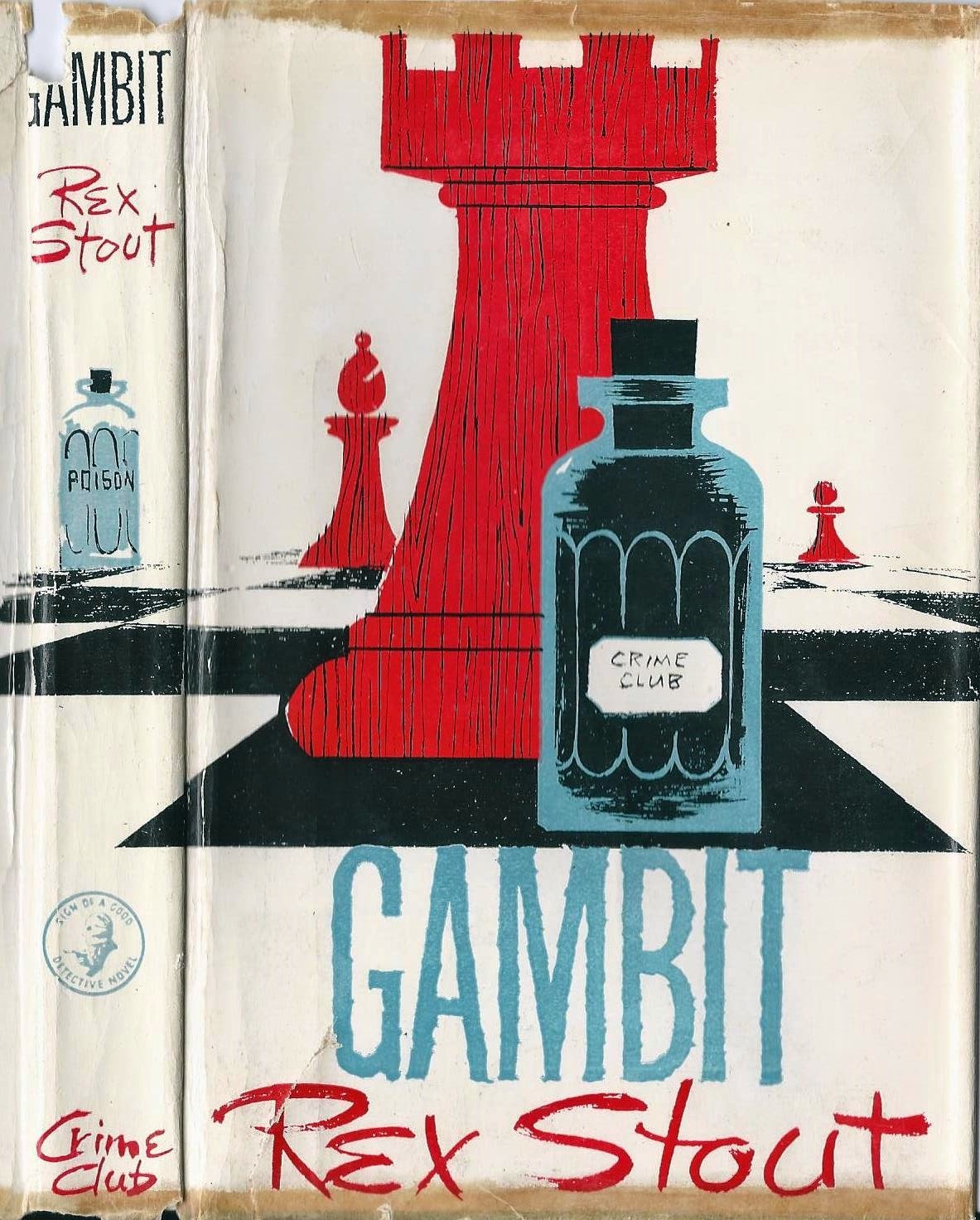 The Final Deduction jacket is less original, I think, with its skeletal hand at the adding machine on a dollar-green background, but I like the image and the graphics.  Could this be John Rose as well?

So who was John Rose?  Here is an informative post at Bear Alley books on the man who surely must be Rex Stout's John Rose.

Rose was born in the 1920s, we are told, somewhere in Yorkshire. In the 1950s he did a great many covers for Fontana paperbacks, including mystery titles by Agatha Christie. Pictures of his Fontana work are found here.

Here is a nice little interview with the man, not long before he died in 2010, that his daughter posted on YouTube. Rose discusses how work as a storyboarder in 1960s films, including 2001: A Space Odyssey (1968). He kept at it as late as 1996, with the Glenn Close film 101 Dalmatians, a flick I recall seeing at the theater with my nephew. 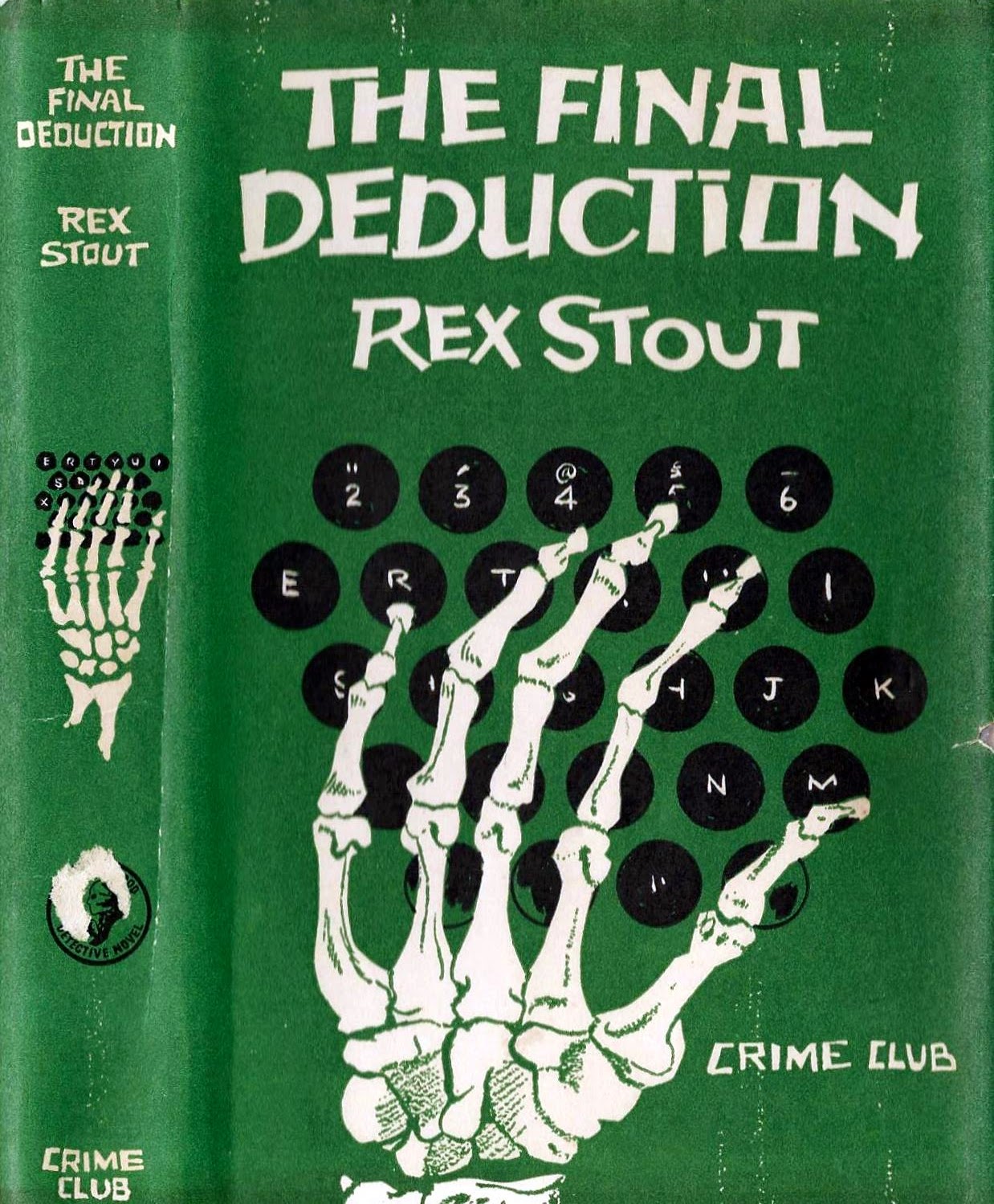 It would have been wonderful to talk to the man about his work as a cover artist, particularly in the mystery genre field. Sadly, this is another opportunity missed, but at least his work lives after him for classic mystery fans to enjoy.

Coincidentally, there was a John Rose who was a draftsman on one of the Iraq archaeological expeditions of Agatha Christie's second husband, Max Mallowan, back in the 1930s, but unless "our" John Rose was a true child prodigy, I don't see how the ages work out.

No doubt a question for John Curran!
Posted by The Passing Tramp at 1:58 PM