Supernatural (1933) merits points for its theme, spiritual possession, but I found it, in contrast with the recently-reviewed White Woman (1933), something of a fizzle. The film was directed by Victor Halperin, who helmed the previous year's White Zombie, which starred Bela Lugosi and deservedly is a much better-known film than Supernatural. Hollywood scripter, playwright and occasion mystery novel writer Garnett Weston was involved with both films, although apparently he contributed only the story to Supernatural and the actual screenplay was written by others (let's hope so). 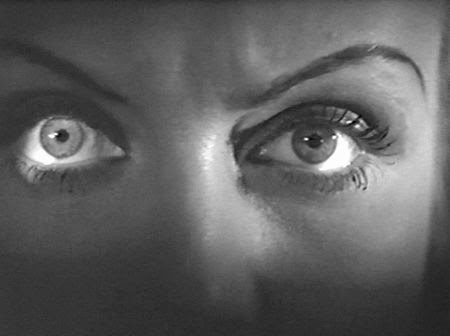 Serial strangler Ruth Rogen (Vivienne Osborne, in a spirited performance) is to be executed for killing three of the men in her life (unimpressed by her incessant peals of maniacal laughter, authorities have declared her sane). Rogen gives custody of her body after her death to eminent scientist Dr. Carl Houston (H. B. Warner, later to receive a supporting actor Oscar nomination for Lost Horizon, but the real stiff in Supernatural in my opinion).  Dr. Houston plans to conduct on Rogen's corpse a series of experiments, based on his theory that violent souls can leave bodies after death, possess the living and continue to wreak havoc though their new fleshly vessels.  He wants to stop this from happening, as well he might, but the best-laid plans.... 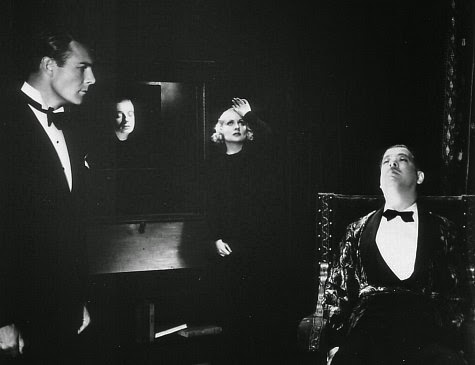 Meanwhile, beautiful heiress Roma Courtney (Carole Lombard) is in mourning because her twin brother has suddenly died, which is tough breaks for their handsome friend Grant Wilson (Randolph Scott, immediately forgettable), who had been planning to propose marriage to her; but loyally he still hangs around in constant attendance at her side.  Also devoted to Roma are family friend Dr. Carl Houston (small world!) and family lawyer Nick "Nicky" Hammond (William Farnum, in an underwritten, semi-comedic role). 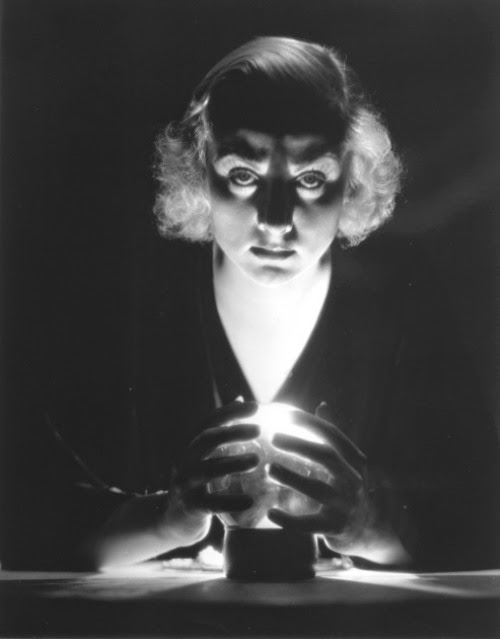 Roma is contacted by a sham spiritualist, Paul Bavian (Alan Dinehart), who tells her he has been getting urgent spirit messages from her beloved dead brother.

Now, hold onto your hats, my friends, but it also seems that Bavian was another one of Ruth Rogen's lovers and, indeed, the man who tipped off the police about her penchant for performing fatal finger exercises.

"Nicky" calls Bavian to tell him as the family lawyer he won't allow Roma to be taken in by a phony, but Roma insists on attending Bavian's seance, in company with Grant, who is also dubious about the whole thing.

Meanwhile, Bavian has had to deal with his drunken landlady (Beryl Mercer, convincingly and constantly tipsy) who knows he is a fraud and threatens to reveal all to Roma unless he buys her silence. That matter taken care of, he goes through the paces in an interestingly staged, if fraudulent, seance that convinces Roma he has the real goods in the spirit department.

Bavian, purportedly speaking for her dead brother, tells Roma that Nicky killed her brother, which is understandably unwelcome news to Roma.  She and Grant rush to discuss the whole matter over with wise Dr. Houston in his swanky art deco penthouse apartment--just at the height of his experiments on Ruth Rogen's corpse (creepy). 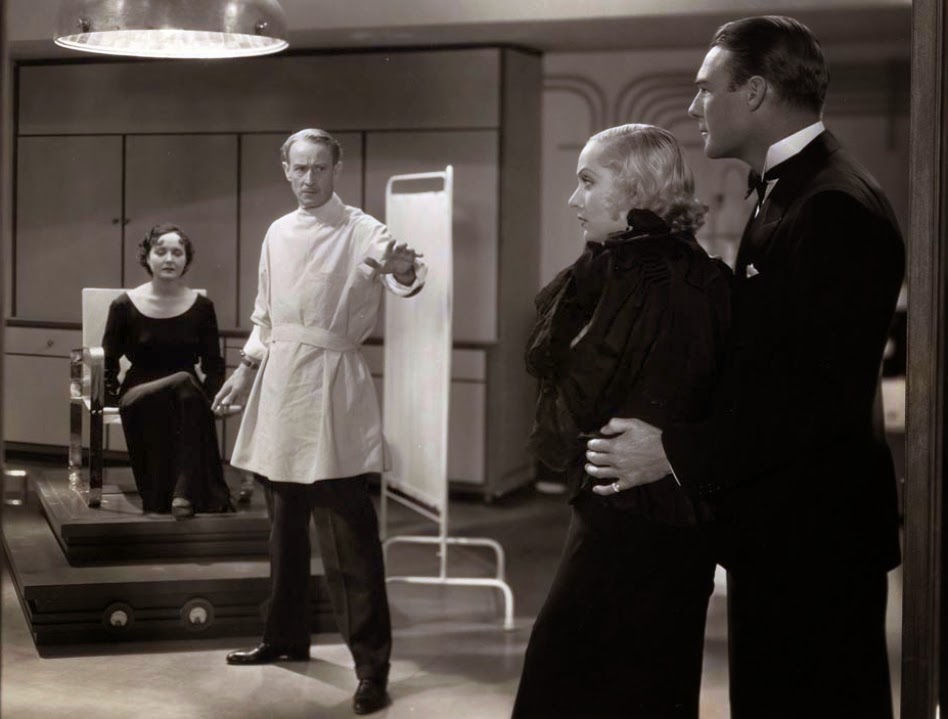 Supernatural is a disappointing film, and has long been considered so, even by fans of Halperin's prior film, White Zombie.  It runs barely over an hour, yet, in contrast with White Woman, which was based on the play "Hangman's Whip" (it's just occurred to me, by the way: was the title of the latter film a deliberate riff on the former one), it feels extremely stagy, static and "poky," if you will.  The climax of the film, which takes place on Roma's luxurious yacht, where she and the lustful Bavian have absconded, provides some thrills, but they are long past due by that point (there's also a good scene in Rogen's old apartment; see below). 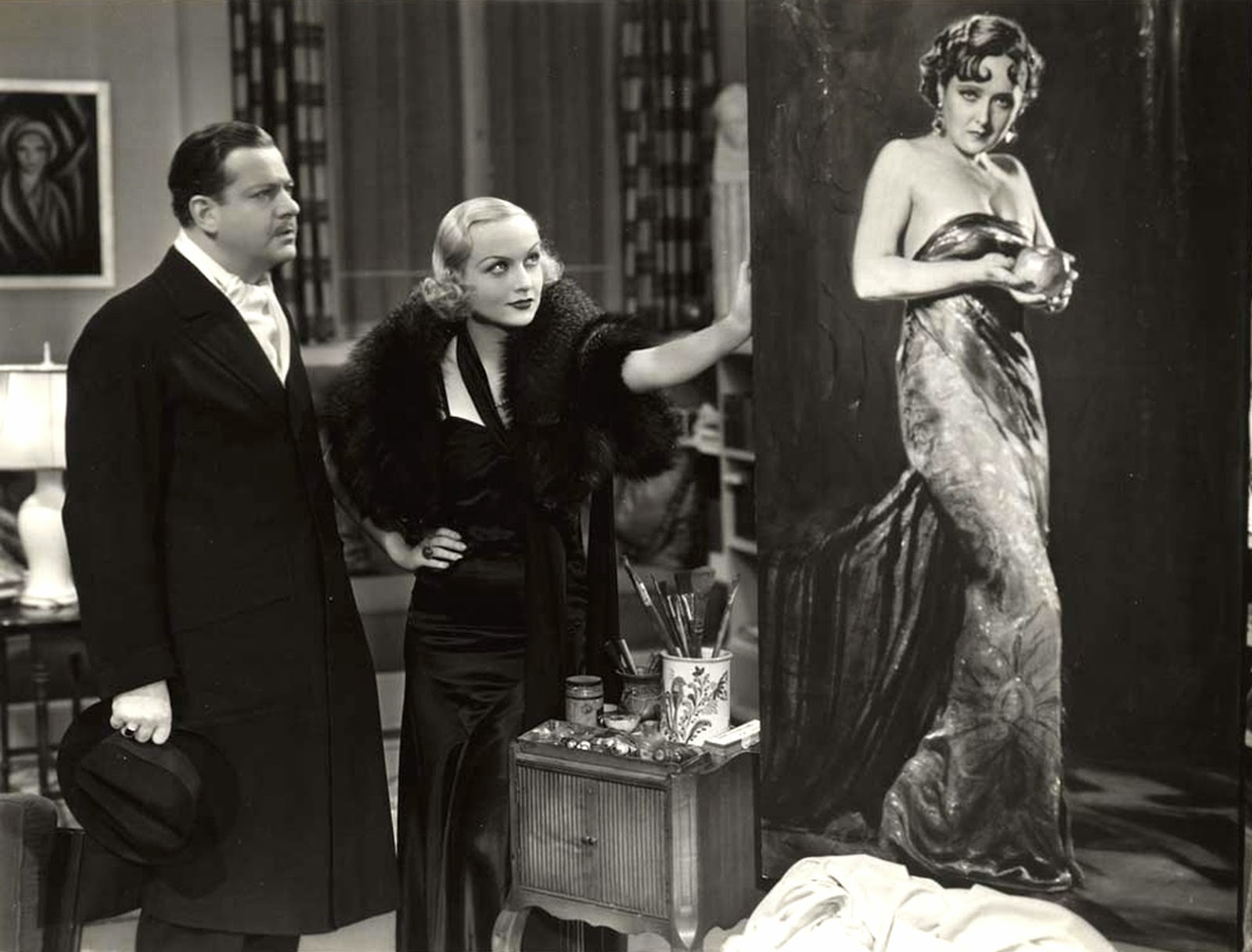 Most of the male characters in the cast are either blandly or badly played.  Alan Dinehart as Bavian is an especially unfortunate piece of casting.  Dinehart "specialized in playing blustering or shifty businessmen" and "crooked politicians," his bio tells us, and one can well believe it from this film. Unfortunately it is harder to accept him as the dark source of Ruth Rogen's obsession or as a murderer himself (as far as I could tell he is responsible for two deaths in this film).  Unlike Charles Laughton, say, Rogen just isn't a star, magnificent in his villainy; he a supporting rat, who in this film comes off much more like a deplorable middle-aged roue.  Of course Ruth/Roma is the lead menace in the film, but Bavian needed more evil oomph in my view.

The women are better.  Vivienne Osborne has the needed mania for her character and Carole Lombard, once she is possessed by the crazed murderess, does a creditable job, though she hated the role and the film, evidently.  Still, I can't really recommend this one, unless you are a completist of Carole Lombard and/or Thirties horror/thriller films.

Note: here you will find John Norris's review at Pretty Sinister.  He acknowledges the film's flaws, but still gives it a more positive assessment.
Posted by The Passing Tramp at 12:39 PM