Drowned in Deceit: The Watersplash (1951), by Patricia Wentworth

The village of Greenings lies about a mile and a half from the country town of Embank. Some day the town will swallow it up....But that day is not yet....The village is, in fact, extremely rural....But into the quietest back water a stone may fall, disquieting ripples may spread.... 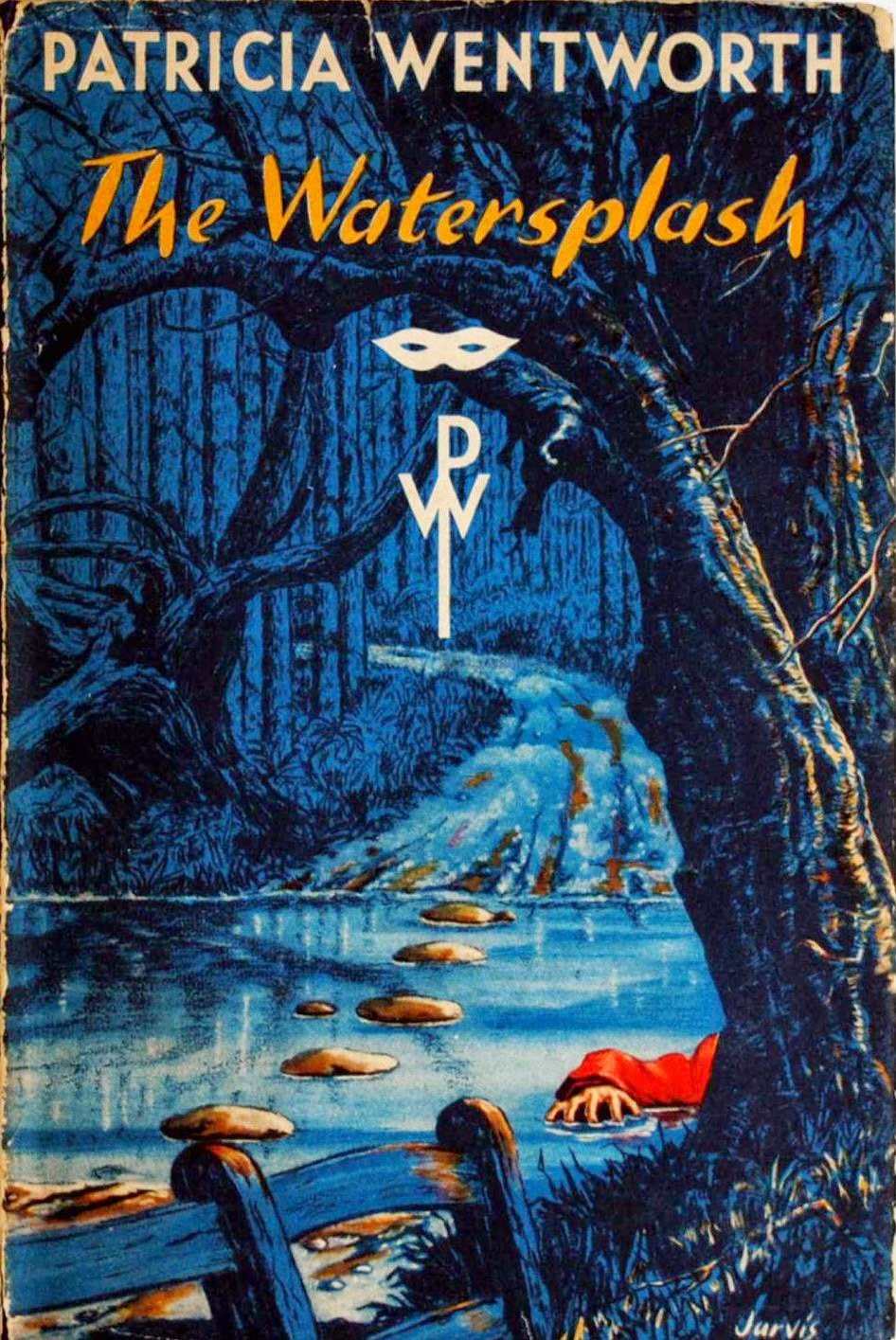 The Watersplash, published two years after Miss Silver Comes to Stay, the last Patricia Wentworth novel reviewed here, returns readers to the cozily criminous village milieu the author portrayed so often and so well in her 1940s and 1950s mystery fiction.

This time the village is Greenings, presided over by a bigwig family, the Randoms, and populated by assorted quaint and quirky characters. The genteel folk hang on, while the servant population, though diminished, hovers about. There are occasional references to the Labour party, but Lord Burlingham, the local Labour peer ("a self-made man" who "had run barefoot" as a boy, selling "papers in the streets") is a peripheral character (sympathetically presented).

Wentworth excels at portraying the women of this village: the distracted cat-lover Emmeline Random, living off her brother-in-law's grudging hospitality at the Hall's south lodge; the Misses Blake, hypochondriac Ora and acidulous Mildred; Mrs. Ball, the kindly vicar's wife and a daughter of one of those seemingly innumerable old school friends of Wentworth's series sleuth, Miss Silver; nice Susan Wayne, who left the village to work as a personal secretary for a Professor Postlethwaite after her aunt's death, but has returned to catalog the library at the Hall while the professor is visiting the US; and even old Mrs. Stone, who at vicarage sewing parties for displaced children surreptitiously slips into her "rather distressing work-bag" slices of Mrs. Ball's luscious fruitcake, to take to her own daughter, another village hypochondriac.

Of course there are ill deeds done in the novel, with two conflicting wills and two nasty murders, both drownings in the local watersplash (a ford over a stream). The first to die is a local ne'er-do-well and discharged servant, William Jackson, and the second pretty Clarice Dean, a designing young nurse, not native to the village (she's very accurately captured on the cover of the latest English edition of the novel; see right).

Into this troubling case comes Scotland Yard, in the person of "posh" Inspector Frank Abbott (a desk bound Chief Inspector Ernest Lamb makes only a brief appearance); but it is, of course, Miss Silver who saves the day when she comes to visit.

The mystery itself is fairly clued, so fairly, indeed, that I doubt it fools many readers. But is fooling readers what Wentworth really intended?  Or did she simply want to tell a good tale of mystery and murder?

The Watersplash is a suspenseful story, well-told, with a pleasing sense of people and place. It is also superbly classical, according to W. H. Auden's formulation, with, at the end, the magical figure of the Great Detective having cast out evil and restored order, so that nice lovers can love and the good and the just reign again over the village. As Frank Abbott says to his beloved Miss Silver:

You know, the Chief really does suspect you of at least white witchcraft.  I don't think it would surprise him if you were to fly out of the window on a broomstick.
Posted by The Passing Tramp at 9:00 PM