Tonight I make my 2015 Edgar nominations predictions, but only for the critical-bio category, which, of course, is near to my heart.  It would be nice to see Mysteries Unlocked get nominated, but I'm only predicting four nominees and am leaving MU out of the tally (my fifth prediction, incidentally, would be Kiss the Blood Off My Hands--On Classic Film Noir.

So here they are: 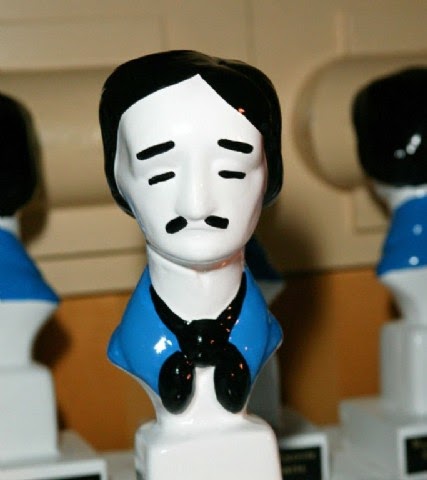 Marvin Lachman, The Villainous Stage: Crime Plays on Broadway and in the West End (McFarland)

Lachman and Nevins are longtime vets in the field, but the battle for the win should be between Ocker and Westlake, I think (assuming all are nominated). The Edgars naturally love Poe and the Ocker book sounds fascinating (though does it wander too far afield from mystery proper) and of course the late Donald Westlake (1933-2008) was a hugely admired American crime writer, whom the community gets another chance to honor now, in 2015.
Posted by The Passing Tramp at 8:35 PM