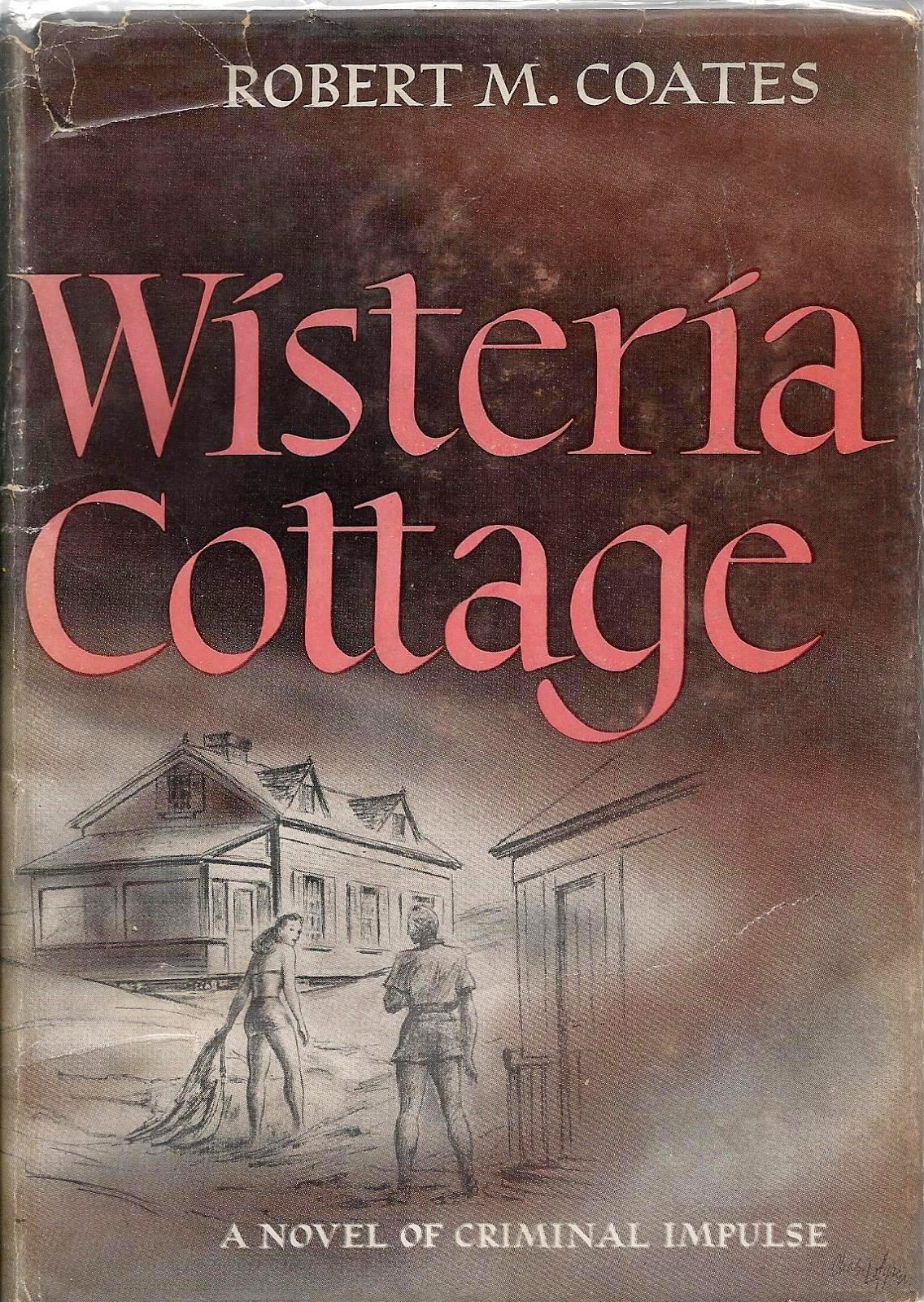 (And across Richard's mind there flitted swiftly, glancingly, a vision of the tools on the oilcloth floor and the man in his overalls, bending, preoccupied, by the sink; it would be in the kitchen, musty and dusty from long shut-upness, and as Richard crept though the door there would be only the faintest creak of the flooring to betray his presence.  But it would be enough to make the man turn, and see, and shriek.  God!  What shrieks!  I could make you remember, Richard thought.  And then the limp, salt-soused figure, the face oozing blood, and the blood sluicing off the waves.  "I could make you forget too, too," he said.)

He was good, he was goodness himself, he knew that; he was an influence for good, or he could be if his goodness were accepted. But he knew too that when good meets evil it is frequently rejected.... 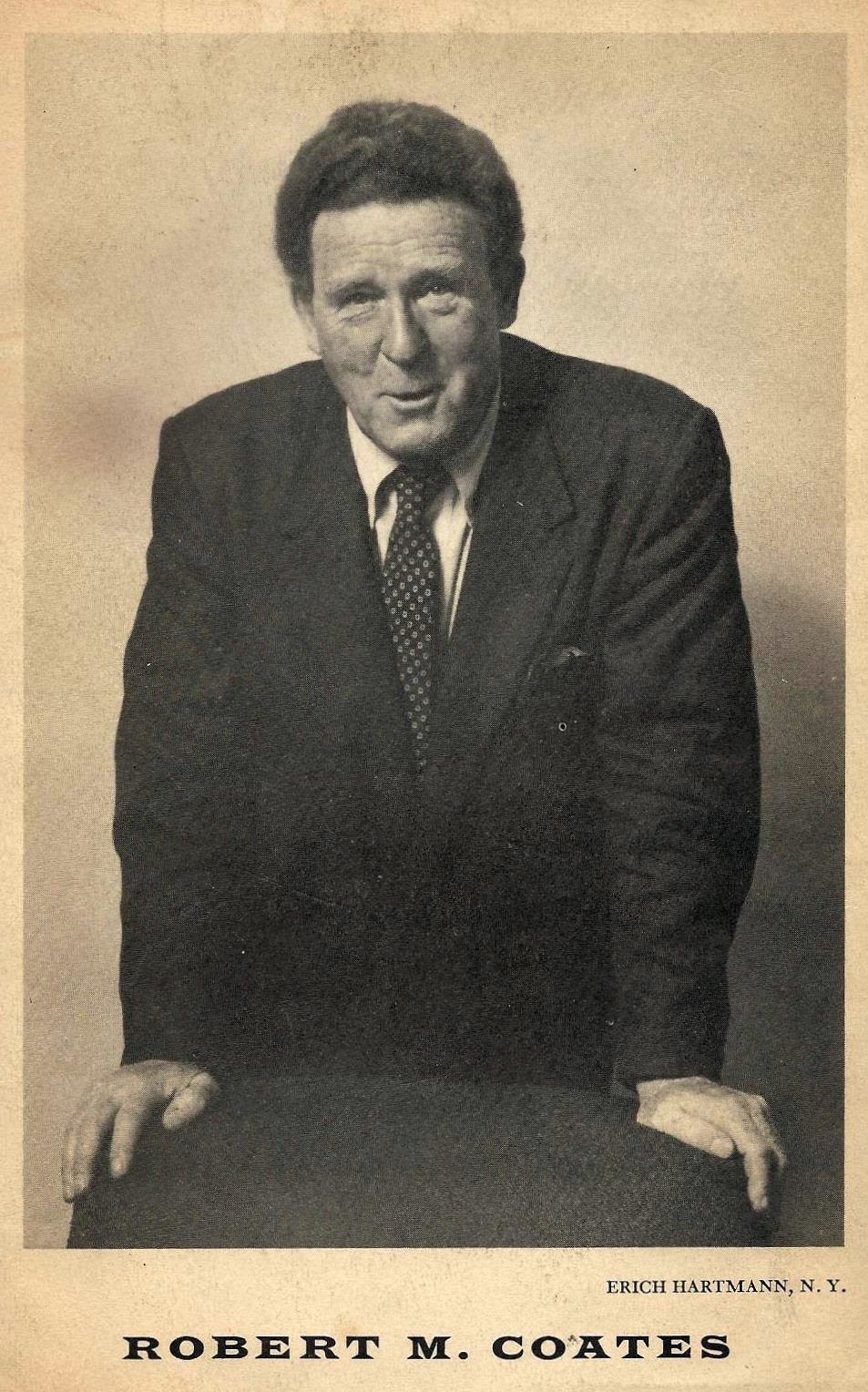 Although Robert Myron Coates (1897-1973) today probably is best-known as a long-time art critic for the New Yorker (it is said he coined the term abstract expressionism), to the crime fiction genre he contributed three novels, as well as a number of short stories, many of which originally appeared in the New Yorker, with some of them collected in three volumes published between 1943 and 1965.

Coates' crime novels are The Eater of Darkness, first published in France in 1926 and in the US in 1929, a surrealistic spoof of crime thrillers (after graduating from Yale in 1919 Coates moved to Europe and resided among the American expatriate artist community in Paris from 1921 to 1926); Wisteria Cottage (1948); and The Farther Shore (1955).  The latter two novels are studies of criminal pathology that straddle the line between crime and mainstream novels.

Coates followed The Eater of Darkness with two non-criminous works, also surrealistic in form, that met with mixed receptions from critics, from what I have seen. However, Wisteria Cottage seems to have been nearly universally applauded as a tour de force study of madness and mayhem. 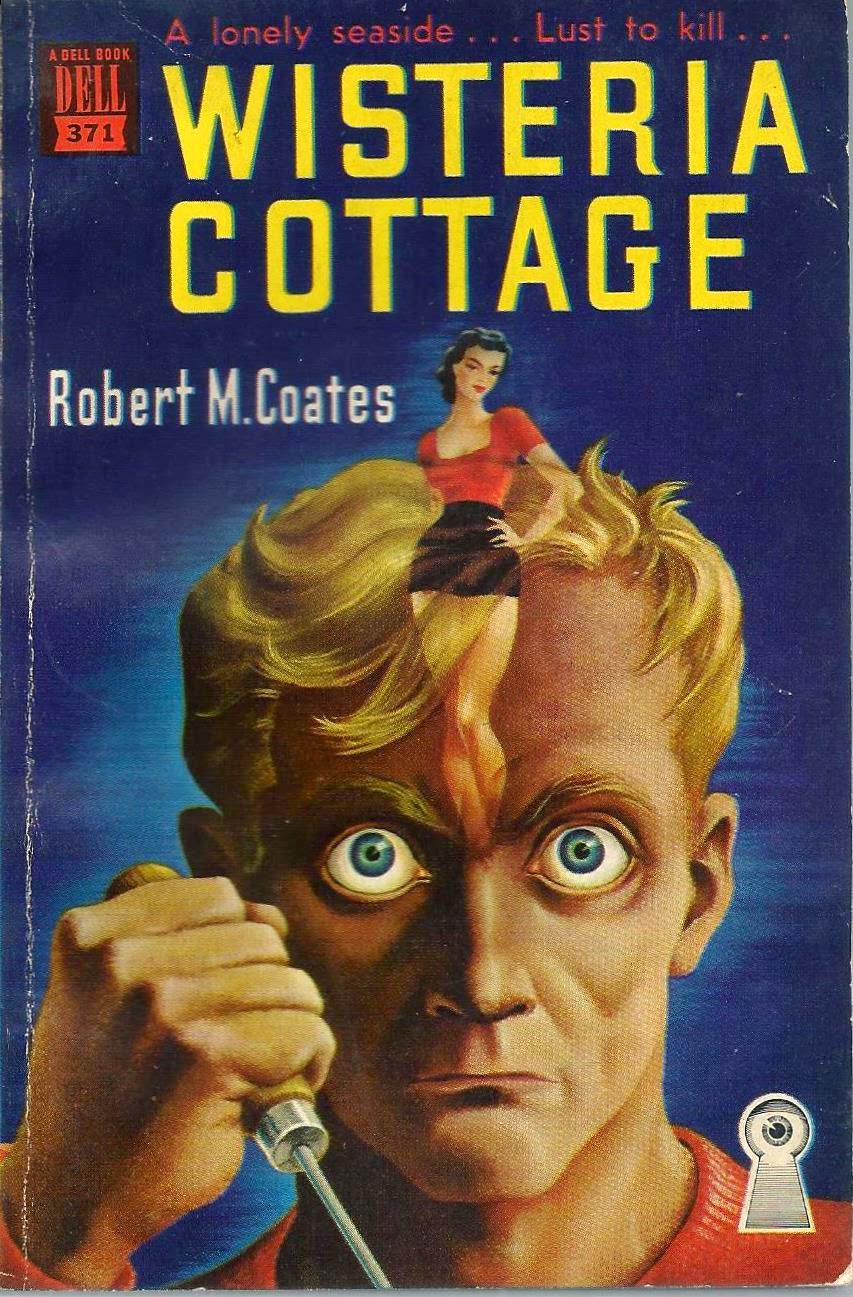 As one review put it, "It is a perceptive account of how a sick mind, confusing its own need for self-destruction with a desire for world salvation, can seduce itself into crime." Another reviewer bluntly dubbed the novel "the outstanding blood-chiller of the year." Anthony Boucher, dean of American crime fiction critics, referenced the novel a number of times in the 1950s and 1960s, indicating he thought it a model fictional study of criminal insanity.

Wisteria Cottage details the mental disintegration over several months of Richard Baurie, a young bookstore clerk (and supposed struggling poet) in New York. Richard has attached himself to the Hacketts, a family of three women, a mother and two adult daughters (the husband, an engineer, is mostly absent); and for them he finds an ideal Long Island summer beach house, Wisteria Cottage, where is allowed weekend use of the studio on the property. 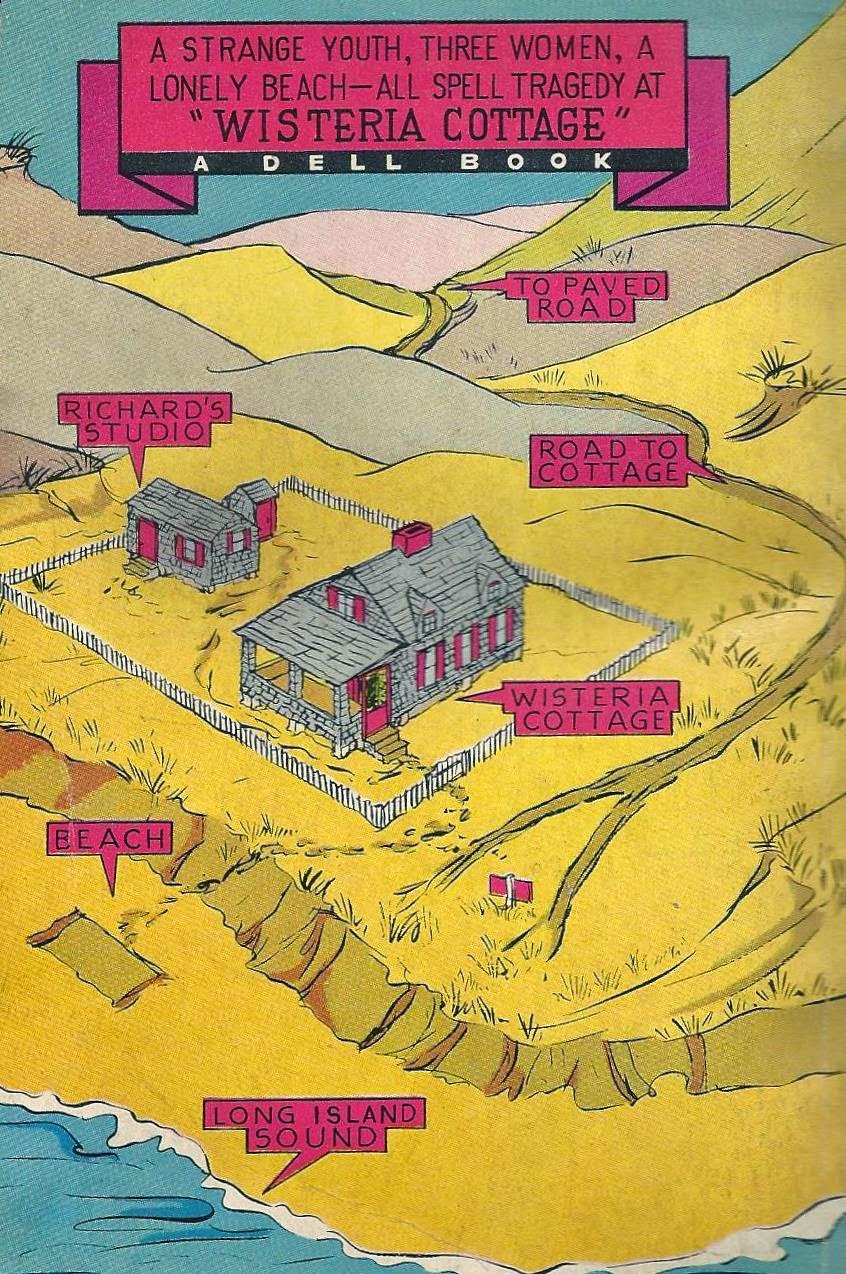 Unknown to the Hackett women--well, Louisa, the older daughter, has an bit of an inkling--under Richard's amiable facade is a seething mass of lusts, repressions and complexes (some of his back story is explored by means of snippets from a psychiatrist's report).

Over the summer Richard comes increasingly to believe that it is his divinely-appointed mission to save the younger Hackett daughter, Elinor, from the baneful influence of her worldly older sister and her coquettish mother, Florence.  How far will Richard go in his mission to make the world "safe" for his vision of goodness? Well, quite far, as we learn in the penultimate chapter of the novel.

The cover illustration of the Dell paperback edition of the novel (see above) is lurid, no question, but it captures the mood of this novel's grim and disturbing finale, which takes us into the realm of Jim Thompson and is indeed not for the squeamish reader.  Not surprisingly, Wisteria Cottage was reprinted by Lion, who often published Thompson's nightmares, with a typically risque illustration (see below). 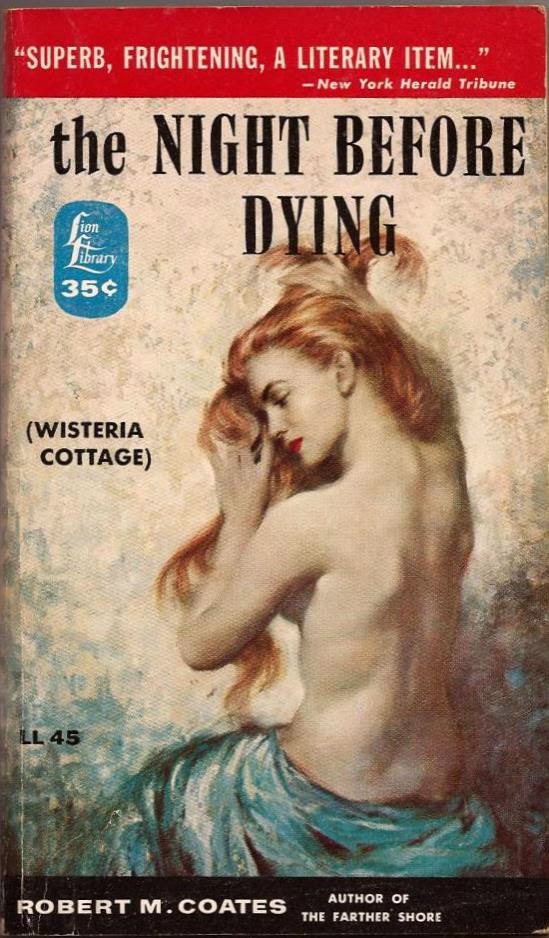 Posted by The Passing Tramp at 3:24 PM