In Annie Haynes' The House in Charlton Crescent (1926), the widowed Lady Anne Daventry summons a private inquiry agent, Bruce Cardyn, to her London home to investigate the matter of just who within her household is trying to kill her.  Afflicted with rheumatism, Lady Anne is mostly confined to her lovely residence, but her mind remains alert and she knows someone has fatal designs upon her life. 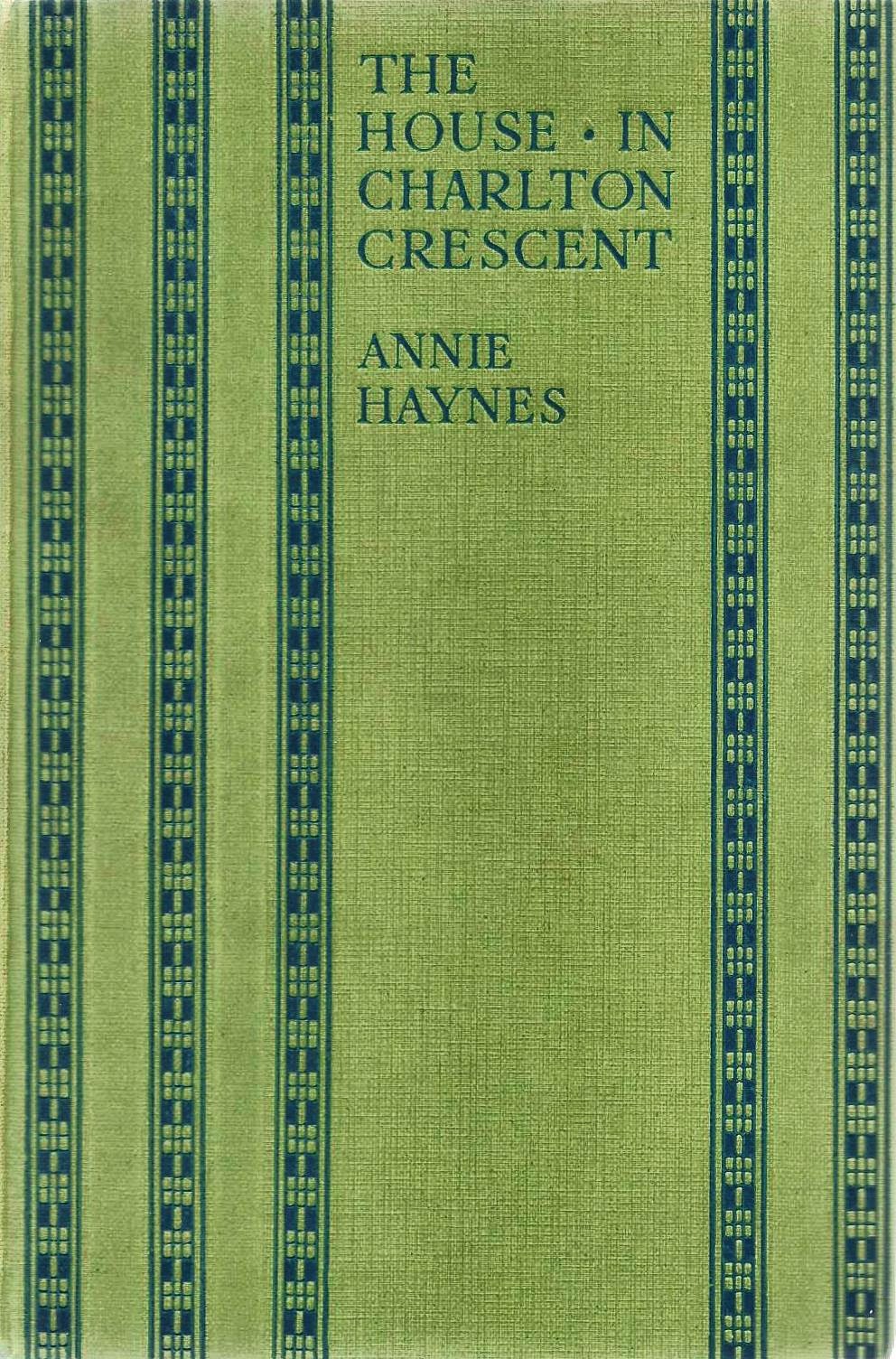 Her husband, Squire Daventry (of Daventry Keep) is dead, as are her two sons, Christopher and Frank, both of whom expired in the Great War, but she still has dependents living with her: two nieces, Dorothy and Maureen Fyvert, and her husband's granddaughter, recently arrived in England from Australia, Margaret Balmaine.  Then there is John Daventry, the inheritor of Daventry Keep.  Under Lady Anne's will, her money goes to her nieces, while under her husband's will his money goes, after her death, to John Daventry and Margaret Balmaine, so all these individuals have a financial motive for encompassing the old lady's death. Then there is Lady Anne's recently dismissed private secretary, David Branksome, suspected by Lady Anne of machinations.

Oh, yes, and there's the lady's maid, Pirnie, and the butler, Soames--but butlers never do it in mysteries, right?

Despite Cardyn's efforts, Lady Anne does die--on page 61--and soon gimlet-eyed Inspector Furnival, who solved The Abbey Court Murder (1923) and would go on to illuminate The Crow's Inn Tragedy (1927), is on the case, employing, for some reason, Cardyn as his Watson. What follows is an entertaining investigation of murder--no tricks on par with the best of Agatha Christie, but plenteous secrets and lies, and a smooth narrative with enjoyable characters.

I was particularly interested in one criminous episode in the novel that Hayes seems clearly to have drawn from the real-life affair, discussed in my previous post, of the 1858 jewelry robbery at the Radnor Place, Hyde Park home of Haynes and her companion Ada Heather-Bigg.  My guess would be that the titular house in Charlton Crescent is based on the real-life house in Radnor Place.

Annie Haynes seems to have begun writing fiction during the Great War after having become afflicted around1914 with a debilitating illness (rheumatoid arthritis, I suspect). The first published pieces by her that I have found are serialized novels, all appearing between 1912 and 1921: Lady Carew's Secret, Footprints of Fate, Cicely Vibart's Love, A Pawn of Chance, The Manor Tragedy, Her Convict Mother, Charmian's Lovers, Pamela's Cousins, Lent Lilies, Betrayed by a Woman, The Tale of Lady Hannah, The Governess of the Priory. I'm reminded of the work of Margery Allingham's father, so ably discussed in Julia Jones' book Fifty Years in the Fiction Factory.

Haynes adapted the Bodley Head mysteries The Abbey Court Murder (1923) and The Master of the Priory (1927) from, respectively, the serials Lady Carew's Secret and The Governess of the Priory.  Priory is really a Jazz Age Gothic, if you will, as is an earlier Haynes' mystery, The Secret of Greylands (1924).  The House in Charlton Crescent, on the other hand, reads like Christie's The Mysterious Affair at Styles (1920). If it lacks the amazing ingenuity of that Christie, it is nevertheless quite an enjoyable mystery in the classic British style.
Posted by The Passing Tramp at 7:23 AM