A very remarkable feature of recent detective fiction is the skill displayed by women in this branch of story-telling.  Isabel Ostrander, Carolyn Wells, Annie Haynes, and last, but very far from least, Agatha Christie, are contesting the laurels of Sherlock Holmes' creator with a great spirit, ingenuity and success.
--Illustrated London News, 1923

Tired men, trotting home at the end of an imperfect day, have been known to pop into the library and call for an Annie Haynes.  They have not made a mistake in the street number. It is not a cocktail they are asking for....
--Punch, 1925


Last year I made a few posts about Annie Haynes (d. 1929), in the 1920s one of the key writers in the mystery stable of The Bodley Head, a publishing firm best known in the mystery world today for publishing Agatha Christie's first five novels and her first book of short stories, Poirot Investigates.

Like many a new author, Christie just had been thrilled to have her first novel, The Mysterious Affair at Styles (1920), accepted by someone (I think Collins, who the same year accepted Freeman Wills Crofts' The Cask, was one publisher who had turned her down); and she failed to challenge what she later came to feel were iniquitous terms in her contract with The Bodley Head (for example, she was to receive no royalties on Styles until over 2000 copies of the book were sold and she was required to split with the publisher any money received for the novel's serialization). 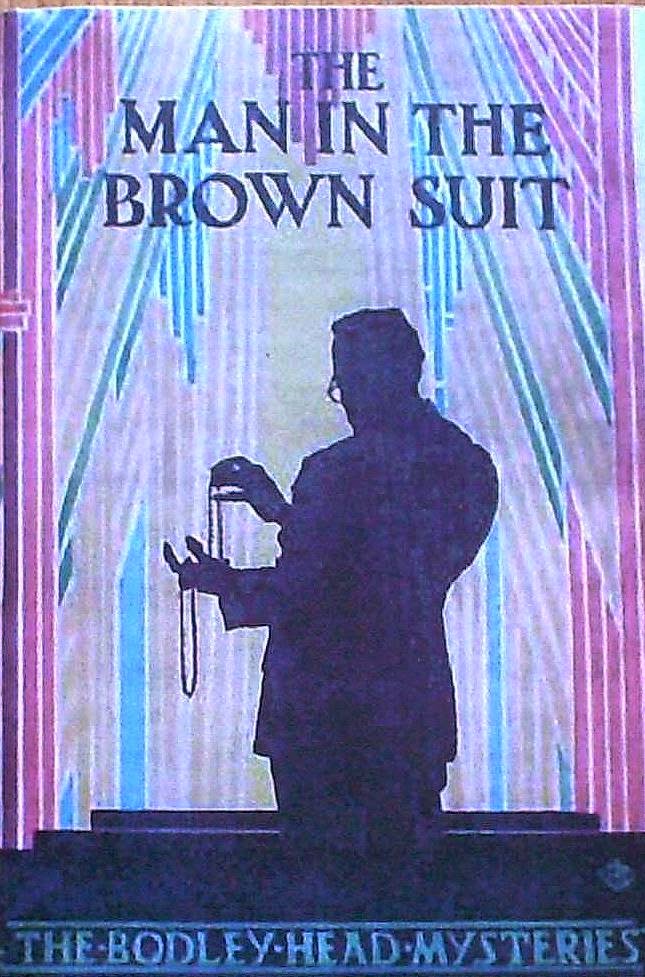 In The Detective Novels of Agatha Christie: A Reader's Guide (2008), James Zemboy records that Christie had additional disputes with The Bodley Head that she found quite vexing.  Concerning The Mysterious Affair at Styles the spelling editor at the firm insisted that Christie has misspelled the word "cocoa," the correct spelling, in this person's view, being "coco."

Zemboy reports that an exasperated Christie "went to The Bodley Head offices with at least two dictionaries and some tins of cocoa to prove her spelling of the word was correct, but to no avail. The word is still spelled 'coco' in modern printings of that  novel." Maybe Christie just should have used Ovaltine!

Additionally, The Bodley Head only grudgingly accepted Christie's second novel, the Tommy and Tuppence thriller The Secret Adversary (1922), griping that the tale wasn't really a detective novel; and for Christie's third novel, Murder on the Links, the firm commissioned a dust jacket illustration of a scene not in the book, which infuriated the author.

By this time Christie was quite eager to give the boot to The Bodley Head and in 1924 as her penultimate book under her contract she offered the firm a collection of Poirot short stories, which, like Secret Adversary, was grudgingly accepted (it was published that year under the title Poirot Investigates).

Once The Bodley Head published Christie's extravaganza The Secret of Chimneys (1925) she left the firm for good and went to Collins, who published her 1926 novel, a little thing called The Murder of Roger Ackroyd. One has to wonder whether The Bodley Head at that point rued their belittling treatment of the young author. If not then, surely they did not long afterward, as Christie became more and more successful with each passing year.

At least The Bodley Head still had Annie Haynes, however!  In 1926, the same year that Agatha Christie slew Roger Ackroyd, the firm published Haynes' The House in Charlton Crescent, the sixth of this author's twelve mystery novels.

I'll be reviewing this novel soon and I'll also have some more information on the mysterious Miss Haynes (including her relationship with her publisher).

Note: Illustrating this post are wrappers from The Bodley Head's 1930 mysteries reprint series.  Also, on Agatha Christie's connection to another forgotten woman Golden Age mystery writer see my post "A. Fielding--Queen of Crime."
Posted by The Passing Tramp at 1:55 PM